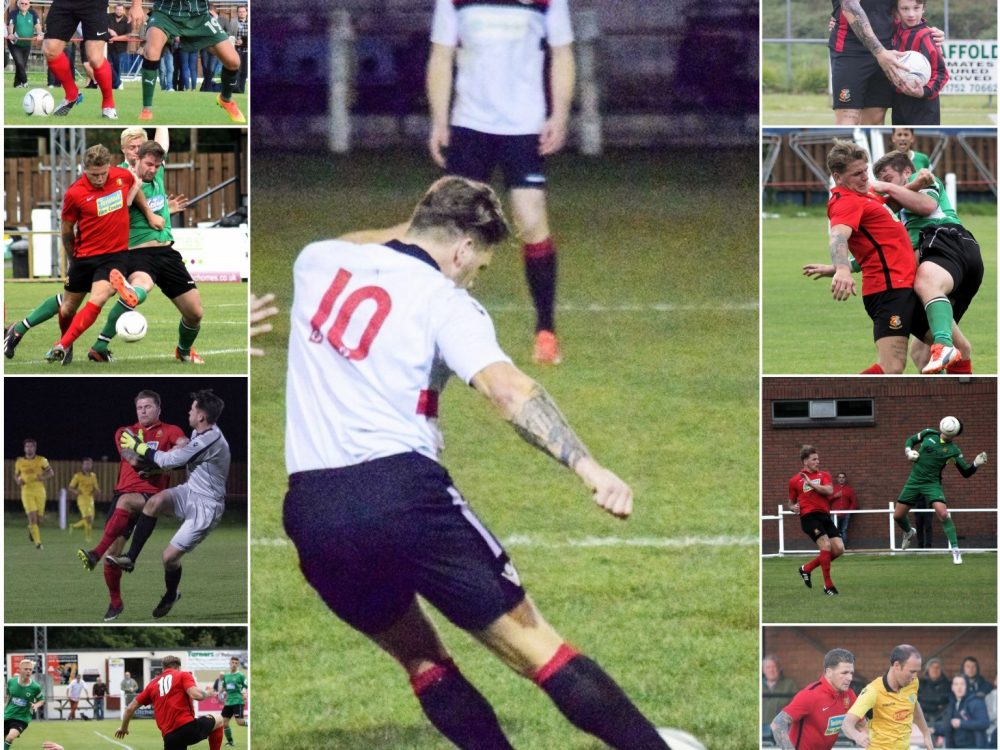 Guess who’s back?! Hobbs returns to the Sexy Lambs as the Club sets out its ambitions for promotion

As we edge closer to the start of the 2018/19 season in the South West Peninsula League (SWPL) Premier, a familiar face is set to return to Langsford Park from this Saturday, when we host Bere Alston for a pre-season friendly.

Stepping back into the number 10 kit, striker Glyn Hobbs is returning to the Sexy Lambs, after a year at Plymouth Parkway FC, where he and the team secured promotion to the Western League.

“It might seem bizarre to followers of the SWPL that Tavistock has gone out and signed a proven goal scorer, when we smashed the goal scoring record of the SWPL last season,” Stuart Henderson, Manager of Tavistock AFC First Team, states. “Whatever people’s opinions are of Glyn, there is no doubt he is a talented footballer and at this level he can do things other players can’t. I have no doubt he is the sort of player people like to watch.

“He is a character, he is capable of beating two or three players and sticking it in the top corner, but in order to do this he needs to be fit, sharp and motivated to hit targets.”

Glyn, who was part of the Tavistock squad who won the league in 2016/17, adds: “Tavistock has always been in my heart and it was difficult to leave in the first place but as they say, blood is thicker than water and I set myself a new challenge, which was winning the double with Plymouth Parkway. Now that challenge is done, I’m moving back to a good friend of mine and a group of lads I highly respect. I’m buzzing for the season to start but first we’ve got to get our Gaffer fighting fit.”

Henderson was pleased with the 2017/18 season and believes the style the team has adopted will set them in good stead for the season ahead.

“I believe supporters pay their money and have a right to demand to be entertained. It’s pleasing to note many people comment on our style of play.

“We get the ball down and it’s fast-flowing football, where we have the lions’ share of possession. We create lots of chances and score lots of goals, 150+ goals in 38 games, that’s not bad going!

“Some teams have parked the bus against us, but I would refuse to set up a Tavistock team in that fashion. Even when we faced teams from higher leagues in the Vase and FA Cup, we believed in our style and brand of football.

“There is no doubt, some spectators will come and pay their money just to watch Glyn, because he is an entertaining footballer when he is in the mood.”

However, Henderson is keen to point out that Glyn and the other players in the team are going to have to be on top of their game, particularly where fitness is involved, if they want to see a place in the starting line up.

“Last season, both Josh Grant and Liam Prynn did excellent for the Lambs, but if either of these players were injured or unavailable we had to shuffle the pack, and play players out of position,” Henderson explains.

“We definitely needed another striker and when Glyn approached me about a return to the Lambs, circumstances prevailed, which paved the way for a significant signing here at Langsford Park.

“In addition, Lewis Coombes has moved back from Southampton, so competition in the Tavistock front line is fierce.

“I would like to think that firstly and most importantly Glyn regards me as a good friend, and I feel understanding his personality is the key to getting the best out of him on the football pitch.

“Glyn did really well in his first spell with me at the Club, winning the Golden Boot and smashing the SWPL goal scoring record. I felt as his manager and with Ken Ord as my assistant, we got the best out of him in and I am confident in our abilities to ensuring he is focussed and motivated in recapturing the form that made him a fans’ favourite with the Lambs.

“However, with Grant, Prynn and Coombes in the team, we have a rich vein of resources to score goals in the final third, so Glyn will need to be at the top of his game to get a place in our forward line.

“I’m hoping he will have a big impact at the Club, and with the Lambs having a five year plan to get to the Southern League, I am sure he will prove to be a valuable resource in achieving this, starting with a top four finish this season to achieve promotion,” Henderson concludes.

The Lambs are also very pleased to welcome two new faces to the squad, Ben Davies, who has signed with us after taking sometime away from football, and Atef Toujani, who joins the Club after moving into the Plymouth area, having previously played for US Monastir in Tunisia.

Both players have played in some of our pre-season friendlies recently, with their performance being watched carefully by Assistant Manager, Ken Ord.

“Ben has experience at SWPL level, with Torpoint and Plymouth Parkway. He has come in and played at both right back and centre half in our pre-season friendlies and although he has returned from time out, he has impressed. He will be a great asset to the team this season,” says Ken.

“Despite being a bit of an unknown quantity, Atef has quickly shown us that although new to English football he has a fantastic range of passing and a box to box engine to match. I believe he will be a big asset for the Club too.”

It looks like it’s going to be a very exciting season for the Sexy Lambs!