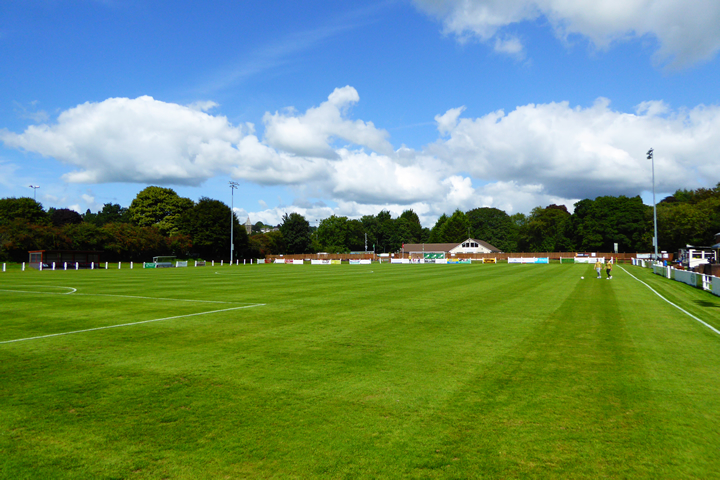 Following Tavistock AFC’s recent annual general meeting there have been a couple of changes to the Executive Committee.
Having been chairman for the past six years, Chris Fenner has taken the decision to stand down.
Shaun Greening, who has been club secretary for the past four seasons, accepted a unanimous nomination for chairman.

Chris stepped back into the vacated treasurer role on an interim basis, having covered treasurer duties on and off over the past five seasons. However, the Club does seek suitable candidates for this position on a full-time basis and welcome applicants to register interest by emailing chair@tavistockfc.com.

On standing down, Chris said: “Having been invited by Derek Pethick and Ian Southcott to join the Club not long after the Red and Black Club fire in 2011 and endured the relegation from the SWPL Premier League at the end of the 2013 season, it certainly hasn’t always been a cakewalk but, working alongside a good team of local club die-hards, I have had a very enjoyable time in this role over the past six seasons, with the Club going from strength to strength.

It has been a joy to watch our First team develop into a force to be reckoned with, and we have started to, at long last, see younger players make their way through the ranks, from the Reserves into the Firsts, with both management teams working very well together and running two very motivated and positive squads.

With our two teams enjoying three promotions, three championships, four cup wins and six top three positions in the last five years, Tavistock Football Club is back on the map. And with the introduction of state of the art LED floodlighting, good working relationships with the Community Football Club and the installation of a very supportive leaseholder in to the Red and Black Club, we have achieved most of what I hoped we could.

Alas, with a business to run in a particularly challenging economic climate, I did not feel I could commit enough time to seeing some of the remaining projects through to completion and I truly believe that now is not the time to rest on our laurels.

Simply, we need leadership worthy of the position we have risen to so I am overjoyed that Shaun has accepted the nomination to continue our mission to run a sustainable club, with a Western League side, supported by a hungry and determined step 7 reserve team. Having been a tremendous secretary and shown interest in all aspects of how the Club runs, Shaun was instrumental in spearheading our pre-season programme this year and I am sure will do a fantastic job of taking Tavistock Football Club to the next level. I will support him where I can, as will the rest of our small, but dedicated committee.

Finally, I wish Shaun and everyone associated with the Club all the best for the season ahead and thank them for their support over the past six years”.

On taking on the role of chairman, Shaun thanked Chris for his leadership in what has been the most successful period in the clubs history, ‘it’s not been an easy time to be in the roll but Chris should be rightly proud of what has been achieved, his hard work has most certainly paid off”.

He also thanked the committee for their nomination and looked forward to the future where raising the profile of the club was a priority, “the success we have enjoyed over the last few years with both our teams seems to be one of Tavistock’s best kept secrets and we want to share it with the whole town, teams for Bristol will be playing at Langsford Park this season and having won our opening fixture against difficult opposition it shows we can compete with the best of them!”

The committee are also pleased to welcome Barry Jackson to the club who takes up the secretary position, Barry has a wealth of football knowledge working across all aspects of the game and looks forward to being part of a successful team.