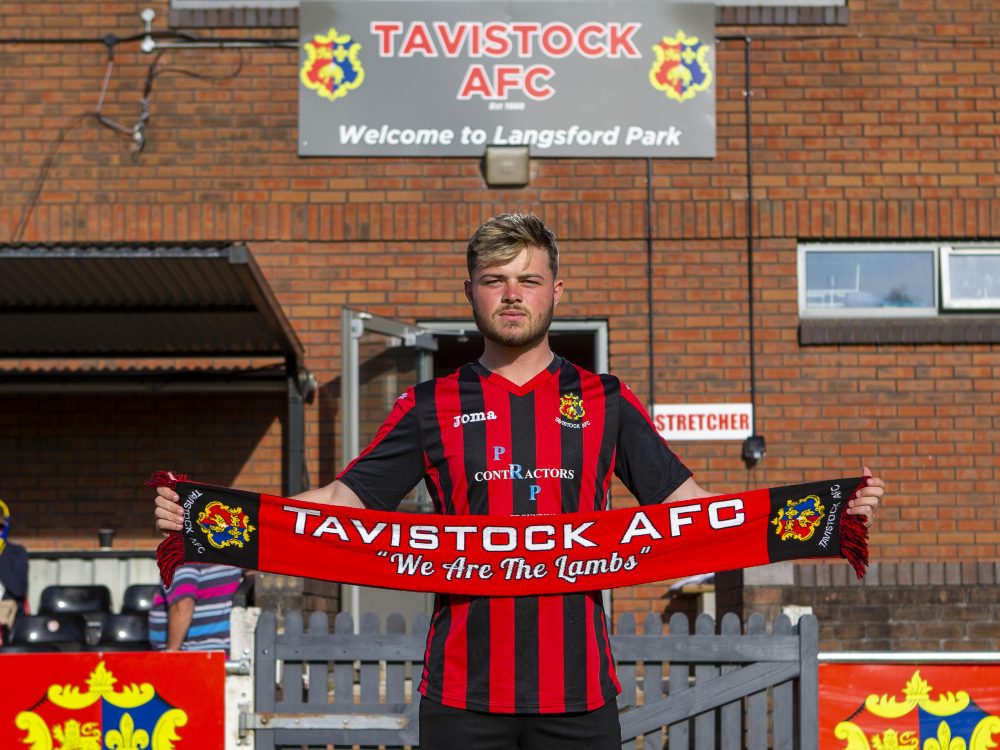 TAVISTOCK manager Stuart Henderson has made another addition to his Lambs squad by bringing Kian Burns to Langsford Park.

The name may be familiar to many people already as Kian is the younger brother of our attacking maestro Tallan Burns and the two played together in Wednesday’s 1-1 friendly draw with Plymouth Parkway, flanking either side of today’s other new recruit, Jason Vincent, in attack.

Kian, who is 19, is a gifted sportsman and excels at cricket as well as football. He has talent in abundance and Lambs boss Hendferson hopes it can be realised at Langsford Park. However, he has told the youngster he has much to do to get himself in the best physical shape to give himself the best possible chance of progressing in the game.

“Kian has an abundance of talent,” Henderson said. “Obviously he’s been at Exeter City as a youngster and he is an outstanding sportsman, he plays cricket to a very high level as well.

“He just needs to focus on his football, but his natural ability allows him to play that this level but. At the moment I feel he plays off the cuff.

JASON VINCENT RETURNS TO THE LAMBS

“I think, for him, he has the ingredients to be the replacement for Jack Crago. However, he does need to get fitter and his temperament at times needs to improve.

“But there is no doubt he has talent and I love the fact that he is very confident in his own ability. That shines through when he plays and he is a real danger in the final third and he’s one that, if he knuckles down, could be a big player for us.”

Kian has spent time playing South Western League football for Camelford before heading west to join Mousehole, but the chance of stepping up to the Western League – and play with his brother – was too good to turn down for the younger sibling.

Everyone at Langsford Park wishes Kian all the very best for the coming season.