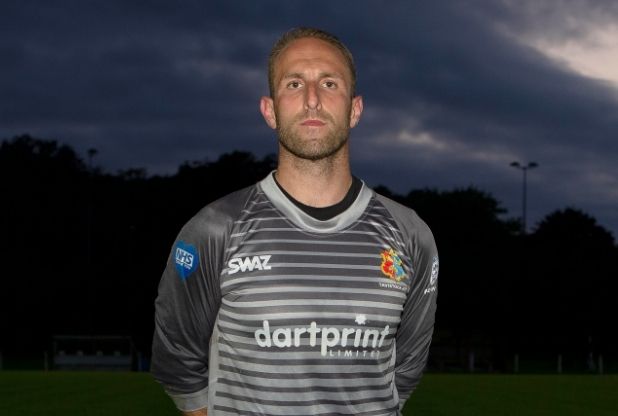 STUART Henderson has acted quickly to replace the departing Tom Watson, by snapping up a familiar face in Jamie Castle as his back-up goalkeeper for the forthcoming campaign.

Tom is leaving Langsford Park to join the Royal Marines, although he will stay signed on as cover. But with Josh Oak very much the Lambs’ number one going forward, Castle is happy to play the role of back-up, according to the manager, and becomes our fifth signing of the summer.

“Jamie Castle approached me – I have known Jamie because he has played in and around the geographical area. He has played for Tavi before, Launceston and Callington,” Henderson said.

“He knew the situation with Tom moving away and we were looking for a number two keeper. I was open and honest with him and told him he could be travelling all over the country not getting any minutes, because Josh Oak is clearly my number one, but he’s happy.

“He said at this stage of his career – he is 33 now – he just wanted to be involved at a good level and there will be times this season where he will play because of injury or unavailability with Josh and he is happy to do that.

“He is a great character and another great lad and he will provide us with that cover when we need it.”

Indeed, Jamie could not hide his delight at returning to Langsford Park adding: “I feel it’s the right time and challenge for me to play at this level and the experience I’ve gained over the years with other clubs will only enable me to offer something different to the squad and make me a better player.

“I am not underestimating the challenge ahead and I’m continuing to put the work in during pre-season and can’t wait to get going.

“On a personal level, being back at this great football club means a lot. The squad, the togetherness and ability shown is inspirational and it’s an exciting time to be involved with this football club again and the journey it’s on.

“I know the club well as have previously spent five seasons here early on in my career, playing for both first team and reserves.

Castle will be in action tonight when the Lambs return to action for a hastily arranged friendly with Plymouth Parkway at Langsford Park. This match is NOT all-ticket with admission prices set at £6 for adults and £4 concessions.

Everyone at Tavistock welcomes Jamie back to Tavistock AFC and we wish him all the best for the coming season and beyond.