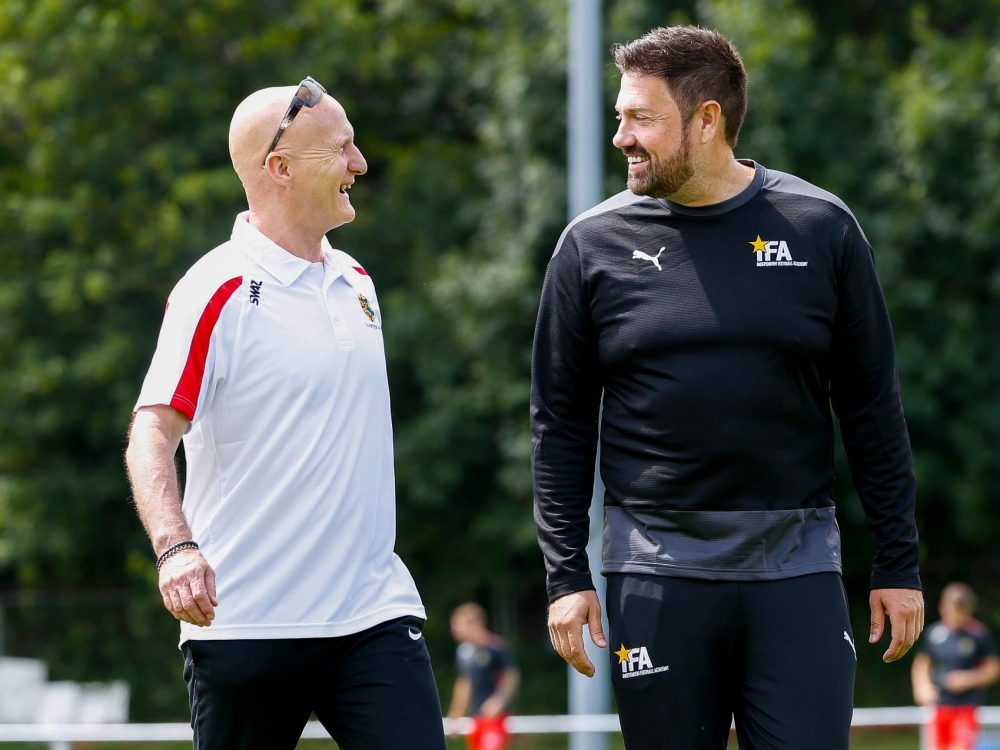 Henderson: We can’t wait to get started! Western League season starts at Saltash

IT seems like an age since we were gearing up for Toolstation Western League football, but for the first time since November 3, 2020 – and a 4-2 win at Brislington – the Lambs are finally back in league action with our 2021/22 season opener across the Tamar at Saltash United on Saturday (3pm).

The Ashes are back at Step Five of the football pyramid for the first time since 2007 after they were granted upward movement by the Football Association in May as part of the organisation’s mass restructuring.

Managed by Dane Bunney, Saltash have progressed well in South Western League football in recent seasons. In the curtailed 2019/20 season, they scored 107 goals in just 22 games and were challenging for the league title when Covid struck and football – as we know only too well at Langsford Park – was declared null and void beneath the National Leagues.

Last season, Bunney’s Boys were again challenging at the top of the table and level on points at the top with Mousehole before the season was cut short. This time, they – and Mousehole – benefited from being moved up to the Western League in the close season.

“Saltash have proven to be one of the best teams in the South Western League in recent seasons and I am sure it will be a very difficult game down there,” Lambs boss Stuart Henderson said. “They are back in the League for the first time in a while and I am sure they will be up for it and looking to get off to a good start, but so are we.

“We can’t wait to get started. We have had a decent pre-season, although I am not quite sure we are the finished article yet, and we go there with some players unavailable, but I have every confidence in the players we have available and if we play our game, there is no reason why we can’t come away with a result.”

The summer has been one of transition at Langsford Park and it seems some Western League ‘experts’ see the departures of men like Jack Crago, Tyler Elliott, Aaron Bentley and Jordan Annear as a huge blow to our chances of promotion. It is not something the manager necessarily agrees with.

“I think that’s being disrespectful to the players that are still here to be honest,” Henderson said. “Obviously those players were very good players for us, but we are happy with what we have brought in over the summer to replace them.

“We are still not quite finished yet and I am keen to bring another striker in, but I won’t sign someone just for the sake of it, so we are being patient and will see what develops in the coming weeks.”

Kick-off at Kimberley Stadium is at 3pm and admission prices are set at £7 for adults and £4 concessions.

Come on you Lambs!