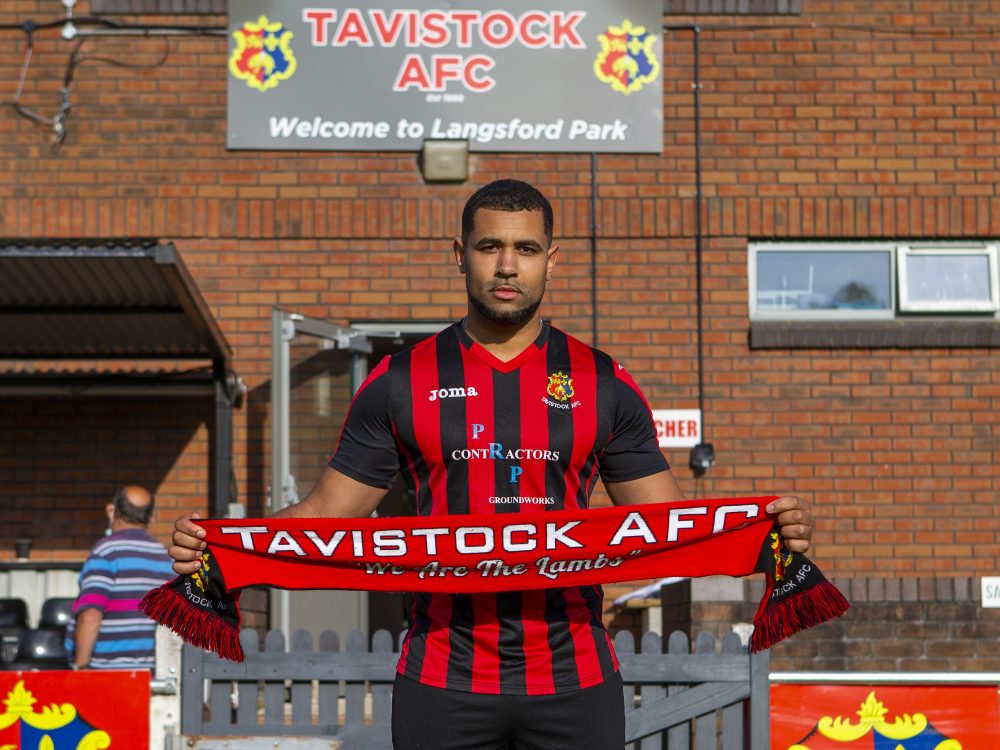 JASON Vincent is back at Tavistock with manager Stuart Henderson believing the time is right for the powerful striker to return to Langsford Park.

The 23-year-old former Plymouth Argyle youngster is back for his second spell with the club with Henderson feeling the team’s style of play did not suit him when he was last with the Lambs.

The manager has made no secret of his desire to change the style of play slightly this season, having lost some key attacking players, and Vincent is someone he sees as central to how the team will function moving forward.

“Jason is someone we have had before and technically, I think Jason will be one of the best centre forwards to play in the Western League,” Henderson said.

“What our players need to be mindful of is that he is not blessed with pace, so he is more a player where we need to get the ball into his feet and he will link the play up and get into the box.  But he is a very good finisher and I really like his personality. He has a good attitude towards the game.

“When he was here before, we played a slightly different style and I wanted more pace in the team whereas now, I feel our build up play in the final third will be a bit more patient and more intricate with the players that we have brought in this season. We are not relying on a quick transition so much, as we have done previously.

“I think now he has moved back to the area, he is more settled, so I think it is a good fit for us both.”

Vincent led the line in Wednesday’s 1-1 friendly draw with Southern League Division One South side Plymouth Parkway. He showed plenty of good touches and hold up play and spoke of his delight at signing for the Lambs.

CLICK HERE: Burns on target as Lambs draw 1-1 with Parkway

“I am buzzing to be back with a great bunch of lads, who will be pushing for Southern League football this season, which is the ultimate goal,” he said. “Hopefully, I can score many goals to help contribute.”

Everyone at Tavistock welcomes Jason back to the club and we will him much success during his time at Langsford Park.

CLICK HERE to get your tickets for Middlesbrough and Plymouth Argyle