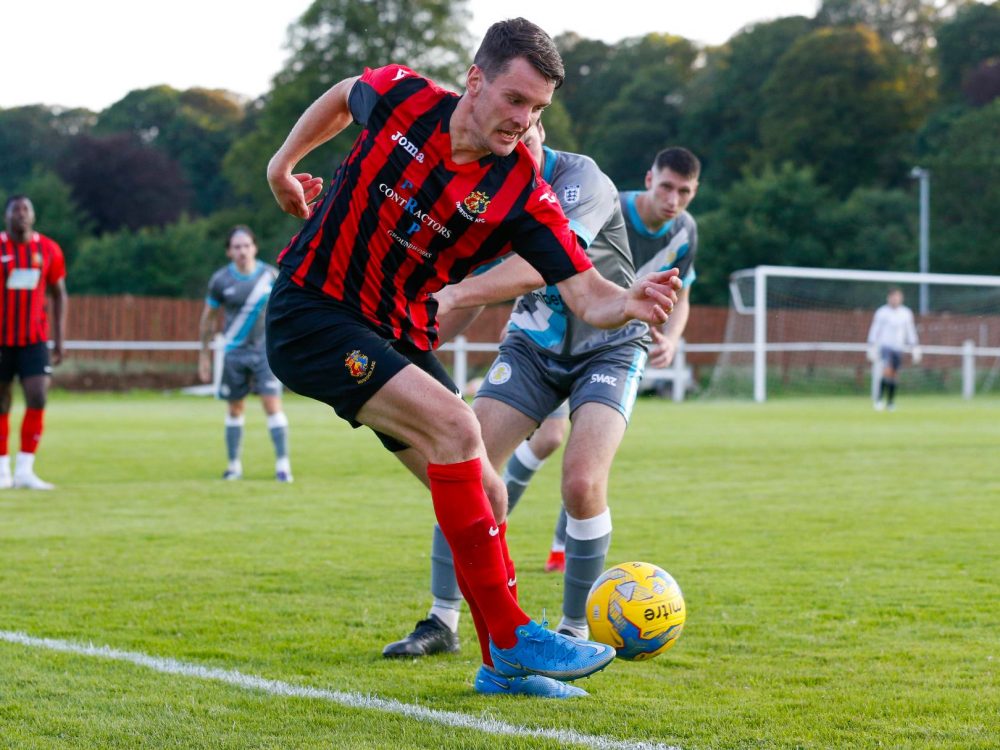 The Lambs head to Ilfracombe on Tuesday night, looking to pick up their first win of the Western League season, with new midfielder Matty Andrew set to be involved, despite strong interest from Plymouth Parkway, who are keen to take him to Bolitho Park.

Former Camelford and Bideford playmaker Andrew only signed for the club in the summer and is yet to feature for the Lambs, having been unavailable for the season’s opener at Saltash United on Saturday.

Tavi have reluctantly given permission to Parkway to speak with Andrew, but he could be set to follow fellow former Lambs Aaron Bentley and Jack Crago in making the move to the Southern League Division One club.

Manager Stuart Henderson was obviously unhappy with the news and said: “It’s disappointing that I identify players and work hard to bring them in and they are just ripped away.

“If I hadn’t brought him to Tavistock, the chances are (Parkway boss) Lee Hobbs wouldn’t even be aware of him at Camelford and that is the annoying thing.

“They can offer him that higher tier of football and more money and it is what it is. Until I can get into the Southern League, he is always going to be able to offer that carrot and the kind of money that we can’t pay.”

Despite Parkway’s interest, Andrew is going to feature at Ilfracombe tonight. “He will be involved and I don’t think it will affect his performance,” Henderson added.

“He has already told me he will be available for the game, but it is disappointing because I’d like to think I have a good relationship with all the players and I don’t like to burn bridges with the players.

“Over the few months I have got to know Matty, I think we have formed a good relationship and I am gutted that he’s considering moving on. We identified Matty as someone we felt could help us challenge for what is a very competitive league.”

Tavi are boosted by the return of Josh Grant tomorrow night, while Liam Prynn should get more game time having made a welcome return at Saltash on Saturday.

“Jason Vincent is still away on holiday, but Josh Grant will be back and that is another body back for us,” Henderson said. “Although he’s had an issue with his calf in pre-season, he is an influential player for us and I will be looking to get him straight back into the side.

“It was nice to have Prynny back. He has had a lot on his plate over the last couple of months, but he’s indicated to us that he wants to come back into the squad on a full-time basis, which is good news. We just need to get him up to speed.

“He doesn’t carry any weight and he is a loyal, decent lad who I have a lot of time for. I am really glad to have him involved and I don’t think it will take him long to get up to speed.”

It has been a tough summer for the Lambs, who have struggled with players being unavailable for a variety of reasons and Henderson feels it will be a few weeks before they really start showing their true form.

“We are not at our best at the moment because of our preparation,” he said. “It is no one’s fault with Covid and injuries, which you can’t avoid and the only way to get up to fitness is by playing them.

“We just have to dig deep, work hard and stay in there and pick up some points. It will be five or six games before I think we will see us at the kind of levels we want to be at.

“We have always been a close-knit bunch of 16, 17 lads all working hard together, but we haven’t had that in pre-season because of players having Covid, or being pinged, four or five players that have had injuries, some have had both, so pre-season has been very disruptive.

“There is nothing we can do. I am sure others teams have had problems as well, but it has affected us more than most to have such a chronic list of players unavailable throughout pre-season. Hopefully, it will only take us a couple of weeks – with the way the fixtures fall – before they are fully cooked and at the levels they would have been at had they done a full pre-season.”