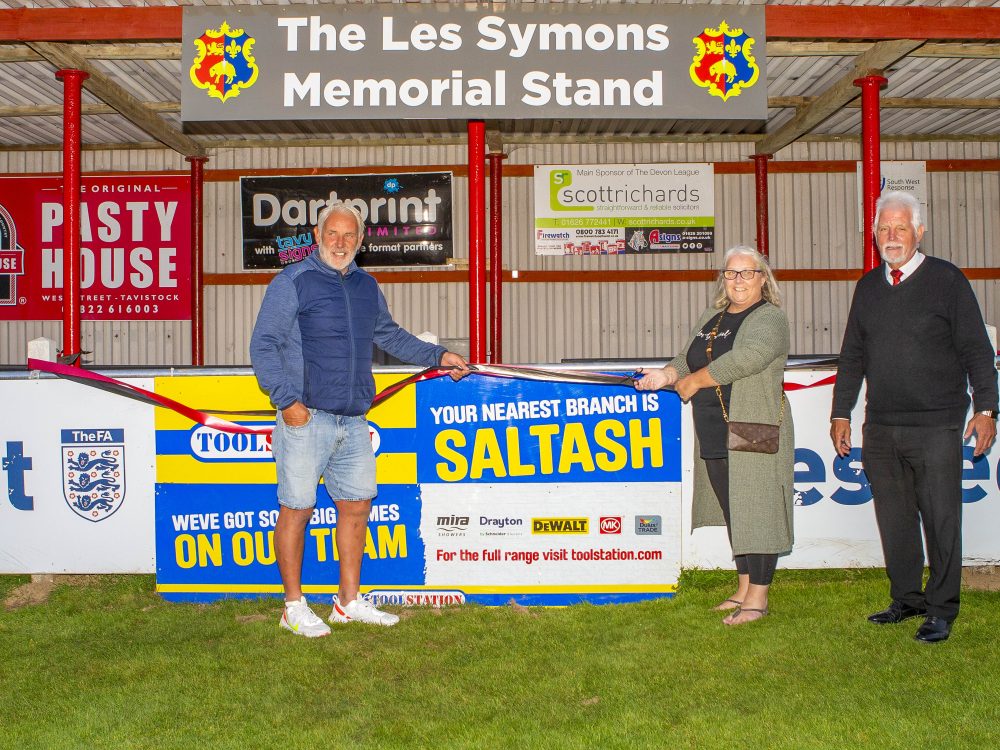 TAVISTOCK AFC are delighted to announce that the Cowshed, situated between the two dugouts at Langsford Park, has been renamed the Les Symons Memorial Stand, in recognition for Les’s sterling service to the club.

Sadly, Les passed away earlier this year, but on Tuesday night, for our Toolstation Western League Premier Division home clash with Helston Athletic, his family were invited to Langsford Park as special guests of the Football Club.

Les was instrumental in building the Cowshed, using material from the old grandstand to create the structure that runs parallel to Crowndale Road and the club wanted to do something as a permanent reminder to recognise the voluntary work that Les did for the club.

“I believe that Les played for Westcon United, but he played most of his football for a very good Lamerton side for many years, who won many trophies,” Tavistock commercial manager Barry Jackson said.

“He was a very good centre half and, in fact, he was that good, he represented his regiment when he was in the RAF.

“It is difficult to detail all the work that he did at the club. He worked on all the projects making various changes and assisted with new works at the club.

“Les was also instrumental in using the material from the old grandstand to create the structure that is known as the ‘Cowshed.’

“It was a privilege to have Les’s family with us on Tuesday night and see them open the stand in his memory. Les was a true gentleman and will be greatly missed.”

The Symons family were invited to name their man of the match and chose goalkeeper Josh Oak.