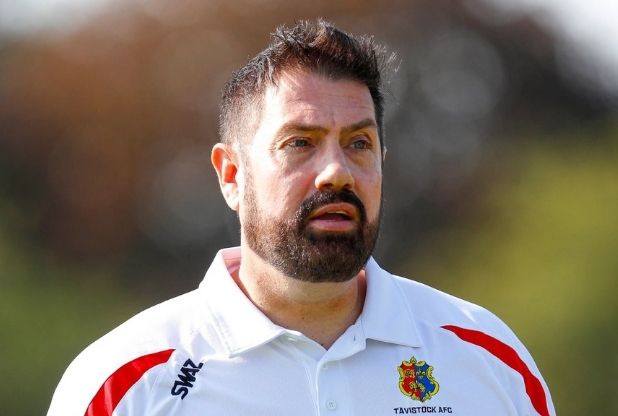 TAVISTOCK manager Stuart Henderson openly admits his side ‘could have lost by a cricket score’ the last time the Lambs met Helston Athletic and he knows full well they will have to be at their best to get anything when the two sides meet again tomorrow.

Fourth-placed Helston were 3-2 winners at Langsford Park just a month ago but, since then, the response from Tavi has been first class with three straights wins, which has taken them to the top of the Western League Premier Division table.

“They were far better than us on the night and as I said on the night, they could have won by a cricket score and I will go on record as saying that, on that performance, they were the best side we have played this season,” Henderson said.

“They have assembled a very good squad and it is going to be a tough game for us and if we can come away with anything from our trip down there, we will see it as a good result… a draw or a win would be fantastic.

“It will be difficult because we have players struggling and Teigan (Rosenquest) has ruled himself out of the game, but the rest will roll their sleeves up and get on with it.”

Henderson stated after that game the need for his side to get on the training ground and work on a few things, something he has been able to do with the fixture schedule dropping to one game a week.

As a consequence, results and performances have picked up with Henderson adding: “We are not there just yet as we didn’t have Callum Watson and this weekend, we don’t have Teigan and Dan Evans is still a few weeks away, but we are certainly closer than where we were three or four weeks ago.

“We have had some training as well, but it’s not just that, it’s getting the boys together. We trained on Wednesday and had boys that have come up from Falmouth, Tiverton, Torquay and Exeter, so they have travelled a considerable distance to come and train, which is good.

“It’s part of the commitment and training has been few and far between because the schedule has been so full on. It’s nice to get everyone together.”

The presence of Stu Bowker in the Helston attack certainly caused Tavi problems in that first game, although the Lambs were having to make do with players struggling with injuries at the time.

Bowker scored twice that night, so it will be to Tavistock’s advantage that captain Lewis Daw will be available this time to hopefully combat that physical threat.

“The players that played that night should have been far more competitive than they were,” Henderson added. “We weren’t good enough on the night as an XI.

“Stu Bowker did have a good game that night, but the team should have dealt with balls coming into him and the players marking him needed to be better on the night, but that’s been and gone now.

“Our response has been good and Saturday’s performance (a 5-3 win against Shepton Mallet) was probably our best performance so far. I’ve said before we are guilty of playing in spells, but what was pleasing on Saturday was that we went behind, we didn’t panic and we got back into the game.

“What I am looking for is some consistency – probably like everyone is – from the performances.”

A supporters buss laid on for fans for the game sold out, so the Lamb Army should be out in force at Kellaway Park. If you aren’t there, we will have comprehensive updates on Twitter.