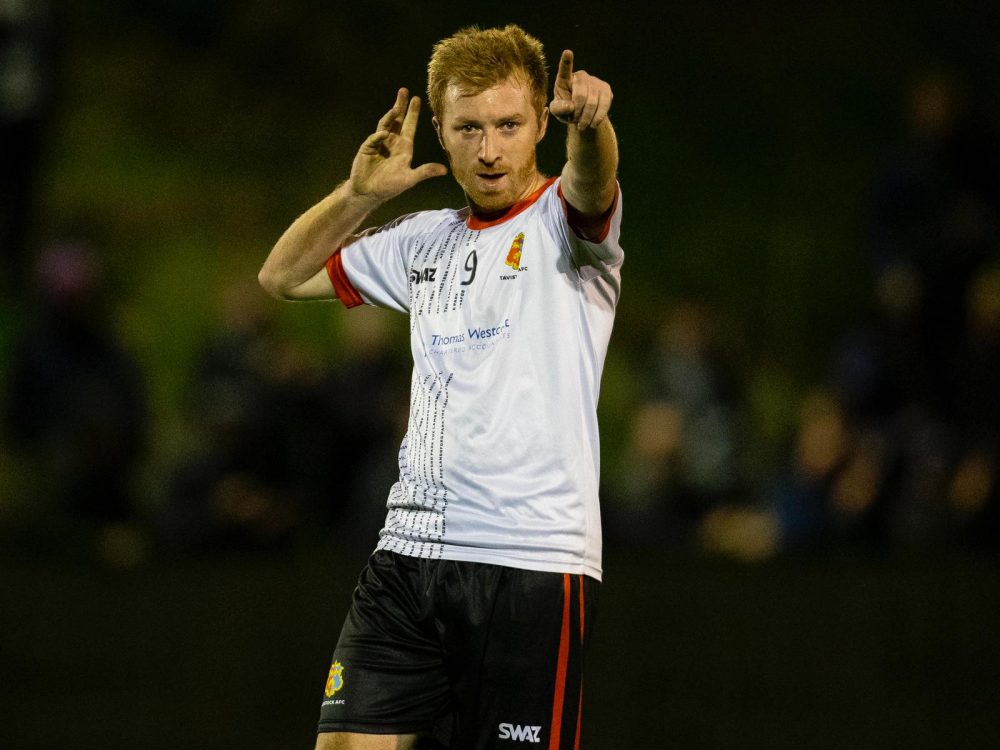 TWO goals apiece from strikers Josh Grant and Liam Prynn helped the Lambs seal progression in the second round of the FA Vase with a fantastic 5-1 win at Brixham AFC.

Grant struck the opening goal in a pretty even first half with Prynn then curling home a beauty on the stroke of half-time to give Stuart Henderson’s side a 2-0 lead at the break.

Brixham pulled a goal back shortly after half-time, but any hopes of a rousing comeback were sashed almost immediately when Grant danced his way through the Brixham defence before slotting the ball past goalkeeper Grant Fisher.

Prynn added a fourth before former Brixham star Josh Parry drilled a low cross into the six-yard box which was turned in by a home defender to complete the scoring and a dominant second half from the ruthless Lambs.

“It was always going to be a potential banana skin,” Henderson said. “They have been flying in the league below and in the mix with a couple of other teams to potentially come up to the Western League and it was important that we stayed resolute because they threw everything at it.

“They were very energetic in the first 10-15 minutes without creating too much and it got a bit scrappy at times, but when our chances came along, I thought Granty’s goal was well worked and Prynny scored just before half-time with a great strike.

“That gave us a bit of breathing space and they got a goal back, but I thought it was a foul on Ben Cross. The lads are saying it was a two-footed tackle and we stopped, matey squared the ball and matey had a tap-in.

“In a way, that opened the game up a bit because they had to come out of their shape, which was 4-5-1 a lot of the time, but I thought our finishing was clinical really, to get 3-1, 4-1 and then 5-1. We had other chances after that and we could have won by a bigger scoreline in the end.”

Tavi also gave a debut to 16-year-old midfielder Harry Jeffery, who showed plenty of promise on his first outing for the Lambs.

Next up sees a return to league action when Street are the visitors to Langsford Park. Kick-off is at 3pm.