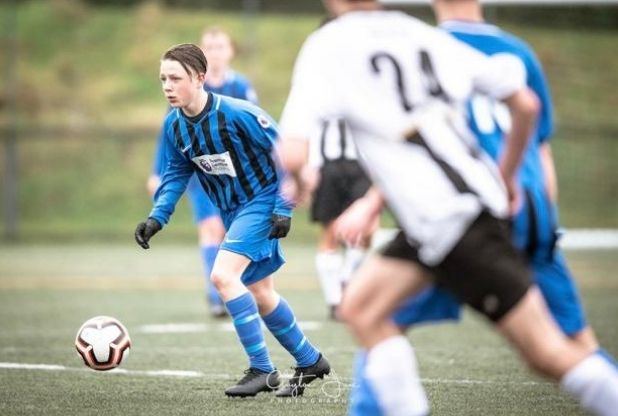 STUART Henderson feels he is signing one of the most promising youngsters in local football after snapping up the services of teenager Harry Jeffery.

The 16-year-old is well known to the Tavi boss having come through his Independent Football Academy and he has been playing men’s football with Ivybridge Town in the South West Peninsula League and combining that with Sunday League football at Plympton this season.

Jeffery fits the club’s blueprint of a young, technically gifted player with obvious talent and potential and Henderson is sure he can develop Harry further and make him a better player.

“I have known him for a while as he’s been in my Academy since he was eight or nine and a few people had mentioned to me how well he’d been doing,” Henderson said.

“For us, we tend to go down a different route with signings compared to other teams and identify players with potential to develop and play at the level and go on to play at a higher level.

“I know Harry very well, I took him to Chelsea for a trial and he’s been in my own Academy for a number of years and went on to Argyle and I think he is one of the better boys for his age in the city.

“He has to prove that he can to do it at adult level now, but he is someone who wants the opportunity and I am prepared to work with him and give him that opportunity.”

Henderson added: “He’s quite fiery for a young lad, he isn’t afraid to put his foot in. He can play as a ten, or as an eight, he is technically very comfortable and can beat players, shoot with either foot and score goals. I think, once he adapts to this level, he will be an exciting player to watch.

“He’s been playing regularly on Sundays and coming off the bench regularly for Ivybridge, but he is one of a few that I have identified and want to come to us and I am sure they will make the club stronger in years to come.

It was through the IFA that Jeffery advanced into the Academy at Plymouth Argyle before he spent two years at Exeter City, before returning to Argyle and the IFA. Now, Jeffery is getting his first taste of men’s football with a young Ivybridge team, with whom he will remain on a dual-contract with.

Jeffery trained with his new team-mates for the first time earlier this week and speaking of his move, he said: “I’ve known Stu for a while now as I joined his Academy when I was eight I think and I have always got on with him.

“I know Stu has been involved with Tavistock for quite a while now and he approached me about signing on dual-registration, get a few games in and experience what it’s like in the league above. He told me about his plans for the future and going into the Southern League by bringing in the best talents around and that was a big thing for me.

“It’s been good at Ivybridge this year and playing men’s football. It’s a lot different with the physicality and the strength of it – and playing a decent standard as well. All the players can actually play football as well.

“All the lads were brilliant, they really welcomed me in and I didn’t feel out of place at all. It was a fun session.”