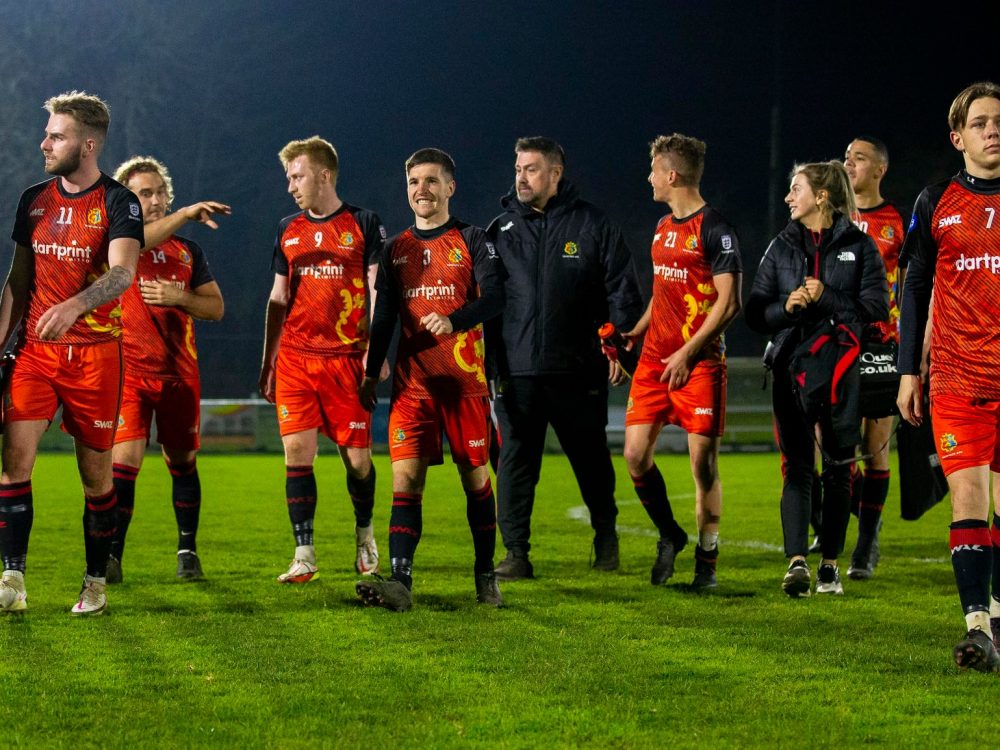 IT HAS certainly been a tumultuous week in the Western League Premier Division with an unlikely twist in the race for the title.

Second-placed Mousehole, four points behind leaders Tavistock, saw their game against Keynsham Town postponed on Tuesday night because the opposition were unable to raise a team for the near 400-mile, eight hour round trip.

The League took a dim view on their actions, which understandably frustrated both ourselves and third-placed Exmouth Town, who are also in title contention and sit six points behind Stuart Henderson’s Lambs.

This weekend, all three are in action again with Exmouth hosting fourth-placed Bridgwater Town, Mousehole heading to 14th-placed Wellington and Tavistock at mid-table Bitton in what is arguably the biggest game in the club’s history, given what is at stake. But then, next week’s fixtures are even bigger again.

“It’s going to be tough and every game is like a Cup Final for us now,” Henderson said. “We just have to go up there and give the best account of ourselves.

“We will be going for the win and if we got a draw, it wouldn’t be the end of the world. But we want the three points.”

Tavistock have never been in the Southern League since their formation in 1888 and with so few games to go now, the importance of the game is not lost on Henderson.

“Yeah you are right and I am sure that the lads know it,” Henderson added. “They are all up for it, the atmosphere in the camp is really good and it is all about doing it on the pitch.

“Obviously we all want to get to the Southern League, but I am sure the players and management from Mousehole and Exmouth are saying exactly the same.

“As I have said before, I feel we deserve it based on what’s happened over the last two, three years when we were first and second and the seasons were ended, but that counts for nothing. We have a lot of players that were involved on that journey and they deserve it more than most.”