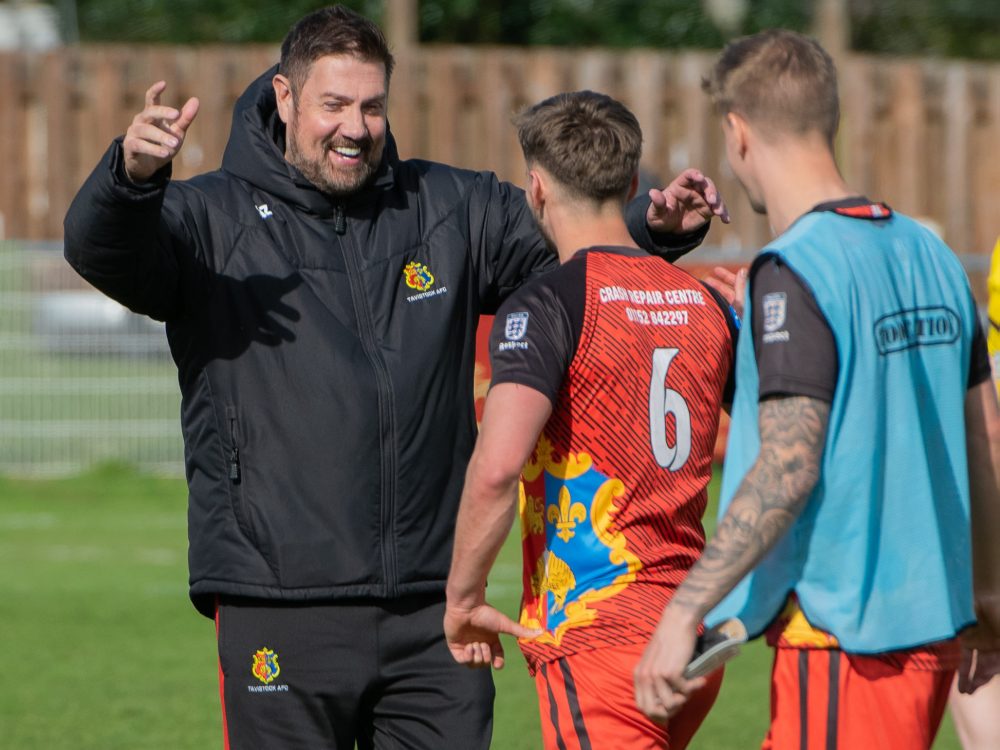 It is a case of as you were after Monday’s fixtures when, just hours after Exmouth plundered nine in a 9-0 hammering of Millbrook, Tavi responded with an equally emphatic scoreline against rock-bottom Bridport.

It means that, with two games to go, the Lambs are top from Exmouth by three points and with Mousehole also three points adrift, after they were held to a 2-2 draw by Ashton & Backwell on Monday. But such is their inferior goal difference, it looks like being a two-way shoot-out for the league title.

Ahead of tonight’s game, manager Stuart Henderson said: “We know what’s at stake but, as we did against Bridport, I want the players to go there and show what they are all about.

“We know it won’t be easy, it never is at Exmouth and you are also playing the conditions and it’s a big game for both teams obviously.

“We are three points in front, so they have to win and we have to not lose, but we have always struggled up there, so we know it’s going to be difficult.

“But it’s obviously a massive game with a lot riding on it and we go there looking forward to it and playing in front of what we expect to be a big crowd.”

Both teams will be high on confidence after their goal gluts earlier this week and Henderson was delighted with how his side responded after the scoreline form Exmouth came through.

Josh Grant and Warren Daw led the way with hat-tricks, while there were also goals for Ed Harrison, Teigan Rosenquest and a Tavi first for ever-improving right-back Iestyn Harris.

“I was delighted to match what Exmouth had done,” Henderson said. “Exmouth kicked off early and when we saw what they’d done, we thought: ‘Wow!’ So to match what they’ve done is great.”

We hope plenty of you can make the trip to Southern Road for tonight’s match, which kicks off at 7.30pm. There will be regular updates on our Twitter page so make sure you are following @TAFCLambs.