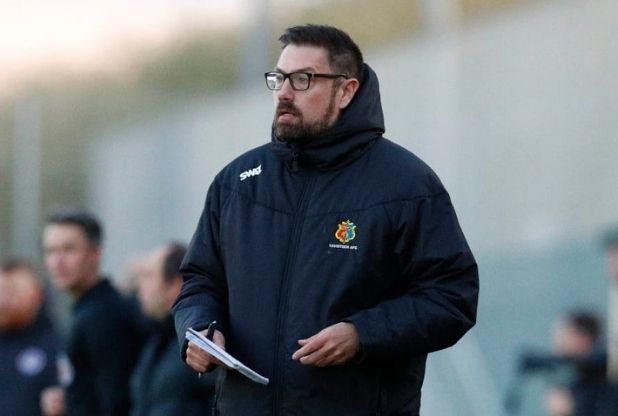 In glorious weather, with the pitch and its surrounds in fine fettle, Tavistock saw their five-point lead at the top of the Western League Premier Division table reduced to three after they were held to a goalless draw at Buckland Athletic and fellow title contenders Exmouth and Mousehole recorded away and home wins respectively, writes Eric Pinch.

Leading striker Liam Prynn was unavailable which allowed Dan Koita to accompany Josh Grant up front. Former striker Jordan Annear was drafted in along with Ed Harrison to sit on the bench.

The pattern of play was soon to become evident with the Lambs pushing for an opener and the home side defended in numbers.

It was a quiet start to the game with the majority of play restricted to midfield and defences dominant. The first of any goalmouth action or chances did not arrive until 15 minutes in when Nick Milton went close from a Josh Webber corner and the best chance fell to Koita on 23 minutes as he got clear inside the Buckland half and with only the keeper to beat, he chose to play in Josh Parry, but the ball was intercepted by a defender and the chance was gone.

Minutes later, after good work from Grant, Koita got his shot away for the keeper to parry away for a corner. Grant then saw an effort blocked by the keeper.

All in all, it was a close first half with the Lambs looking the more likely to score but it remained goalless at half-time and it was a similar second half as the Lambs continued to try to breakdown a resolute Bucks defence.

A great chance came Tavi’s way on 70 minutes when, from a Tallan Burns free kick, the keeper just got a hand to it and Warren Daw’s header grazed the crossbar. Dan Evans would then see an effort go wide from a Burns free kick.

Into the last 10 minutes, the game was finely poised and another great chance came Tavi’s way as Grant found space in the area, but his effort was blocked by Owen Price to leave the Lambs frustrated at being held by a rearguard display from the home side.

The Lambs have the chance to get back on track on Monday when they welcome rock bottom Bridport to Langsford Park. There will be plenty going on as well with:
* A toddler secure garden with bouncy castle (All day wristbands £2 redeemable on on-site purchases)
* Music from DJ Banny
* Lil’ Pizza Heaven Wood-fired Pizza from 3.30pm (Eat-in or Takeaway)
* Eric’s legendary Easter Egg Hunt!!

Admission to the game is: £6 adults, £4 concessions, TAFC players and Under-12s FREE with paying adult!