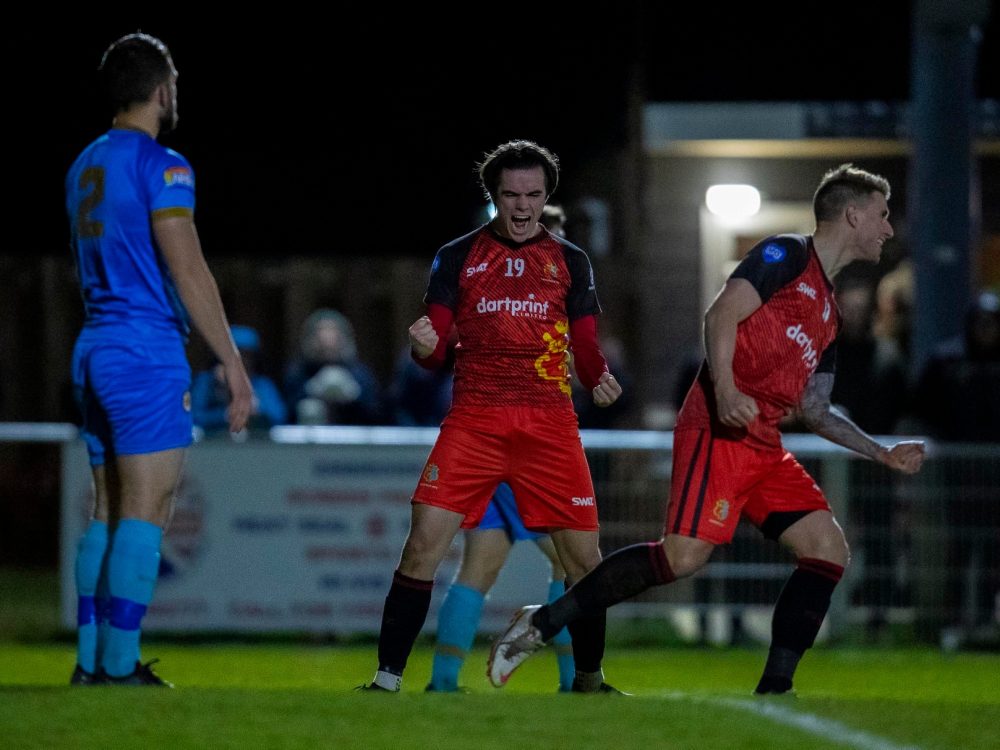 TAVISTOCK’S hopes of landing the Toolstation Western League Premier Division title were given a huge boost when they thrashed Saltash United 4-1 in the cross-Tamar derby at Langsford Park on Friday night.

Just under 400 spectators were in attendance to see Stuart Henderson’s side run out comfortable winners thanks in large to another devastating first half performance which all but won them the game. 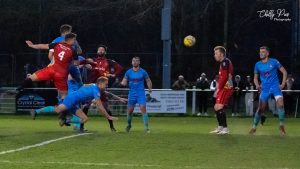 Dan Evans scored his first goal since returning from two years out injured to open the scoring with a brilliant thumping header from a Josh Robins corner before Liam Prynn scored from the penalty sport after he had been fouled by Danny Lewis.

Unfortunately, the incident led to Lewis being stretchered off with a broken ankle, but Prynn made no mistake in scoring his 39th goal of an incredible season after a lengthy delay.

Arguably the goal of the game came moments later when Josh Parry, with his back to goal, produced an audacious back heel that caught everyone by surprise – least of all the Saltash goalkeeper – who could do nothing as the ball found the net. 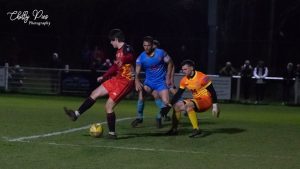 The outstanding Warren Daw made it 4-0 shortly after half-time with another thumping header from a Robins corner and when Neil Slateford pulled a goal back for the Ashes on 50 minutes, it proved to be no more than a consolation.

Victory moves Tavistock seven points clear at the top of the table, ahead of Saturday’s matches involving closest challengers Mousehole and Exmouth Town, with the Lambs having just five games remaining.

“Obviously it was all about the three points, but the boys executed the game plan really well,” delighted boss Stuart Henderson said. “It was similar to Tuesday (a 4-1 win against Clevedon Town) in a lot of ways, we started really, really well and goals change games.

“We got our noses in front and soon got a second one as well with the penalty. Fair play to Prynny because he had to wait for five or six minutes but, obviously, everyone at the club wishes Danny all the best.”

Prior to those games against Clevedon and Saltash, Henderson said he would have been happy with a four-point return. Not only did he get six points instead, but two large victories was also a huge boost to Tavi’s goal difference.

“The league is tight with three or four teams in the mix and I didn’t expect us to score four against Clevedon and four against Saltash, but full credit to the lads,” he added.

“I want to say full credit to Cal Davenport and Ken Ord. They have been brilliant with the boys this week. We were here six days ago, before we played Brislington, and our form hadn’t been great, but we went up there and ground out a win and two home wins has put us in a strong position again.” 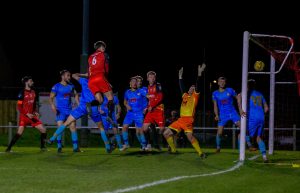 Warren Daw was the man that scored the only goal of the game at Brislington and he was on the scoresheet again against Saltash. But his all-round performances have delighted his boss.

“Wazza is some boy!” Henderson said. “He is great in the air and get gets up really well. It was some header, but all the boys are brilliant, they are doing what we ask.

“We were happy to let Saltash have the ball, but I thought we were really well set up. I am really pleased.”

Tavi are next in action at Bitton on Saturday and there is a coach going for anyone wishing to travel for another huge game for the Lambs.