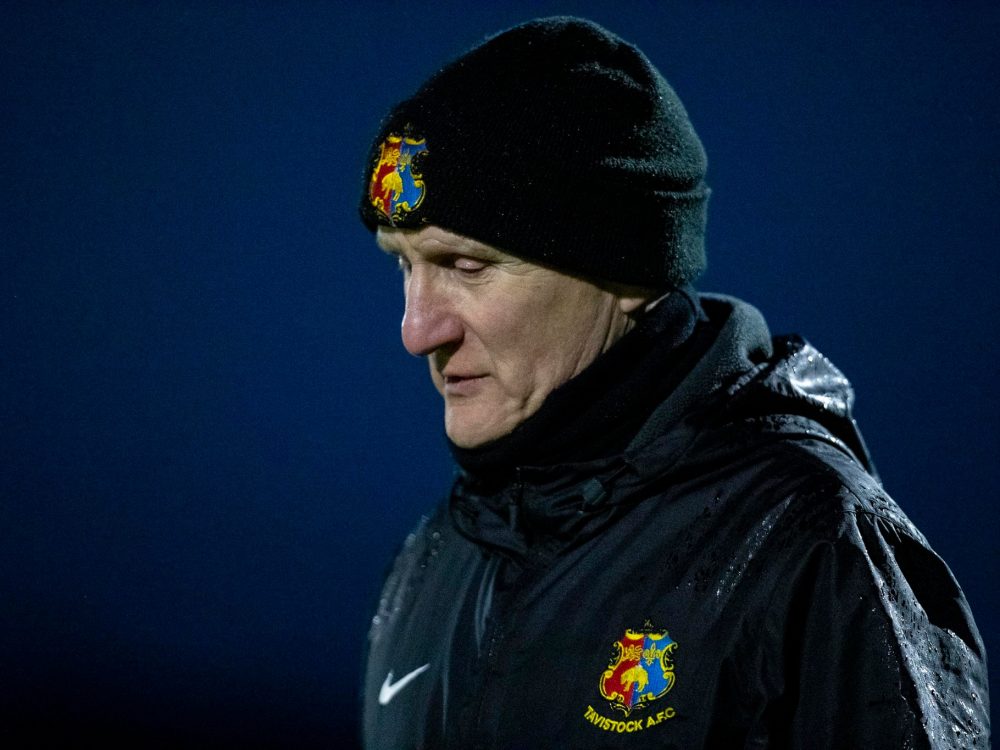 Farewell Ken! Assistant manager steps down after seven years "Once a Lamb, always a Lamb"

OUTGOING assistant manager Ken Ord is leaving Tavistock AFC in a far better place than he found it after confirming that he will be leaving the Lambs after seven years with the club.

Having been brought to the club by manager Stuart Henderson during our South West Peninsula League days, Ord was an instrumental part in helping the club win the SWPL title and promotion to the Western League.

Two curtailed seasons because of Covid prevented the club from further progress, but promotion to the Southern League was achieved in April with Ord again a massive part of our success.

Now, though, he has decided to take a break from football and go travelling with his wife, Donna, and there is no doubt that the popular number two will be a massive loss to the football club.

“It is without doubt the hardest decision I have ever made, a terribly hard decision,” Ord said. “I have enjoyed the seven seasons and I think what impacted things was Covid. The last three years feel like they have rolled into one.

“What made it even harder was then winning the league and going up and leaving behind the good people associated with the club.

“This last year was one of my favourite seasons. Obviously we had that season in the SWPL where we pipped Exmouth on the last day to win promotion to the Western League and to do it again and put the cub into a league where it has never been before, was very, very special.

“It was a hard season full of ups and downs, but it was very enjoyable and I would say one of my favourite seasons.”

But Ord added; “I want to take a break from football. My wife and I have travelled previously and we have talked again about travelling again before we get too old and senile to do it!

“We want to do it now before we are not able to and that is the only reason I am taking a break, I would have wanted to have a go at the Southern League, but after talking to family etc, I feel now is the right moment.

“I feel the club is now in a good place off the field and on the field, with the playing staff we have, I think we can compete and cause a few surprises.”

By his own admission, Ord was not the most tactically astute but working alongside Henderson, the two gelled magnificently. He had a fantastic bond with the players, who have expressed their sadness at his departure with messages both privately and on social media, while Ord’s standing in the game is perhaps highlighted by the plethora of good luck and well done messages left by people throughout non-League football.

“The players have made my decision so much harder, the hardest I have ever made,” Ord admitted. “Although I am management – and old enough to be their Dad or Grandad – they have treated me with nothing but respect and as their equal when we have had socials etc. That is what I am going to miss – the camaraderie with the lads.

Henderson added: “First and foremost, Ken is a really close friend of mine. He was before I got him involved and that will continue, even though he won’t be involved any more.

“Obviously I am really disappointed to see him go and I did my best to try and persuade him to stay. At the same time, because Ken has such loyal values, I didn’t want him to stay out of loyalty to me or the boys when there are other things he wants to do with his life.

“I always said it would be an unbelievable achievement to get Tavistock into the Southern League and with Ken alongside me, we have managed to do that. But he’s a brilliant character and a true friend, I am going to miss him and spending time in his company and he brought an awful lot to the club.

“He is a great at man-management, he has his quirky ways and we love him for it and I am sorry to see him go, but wish him well in his retirement from the game.”