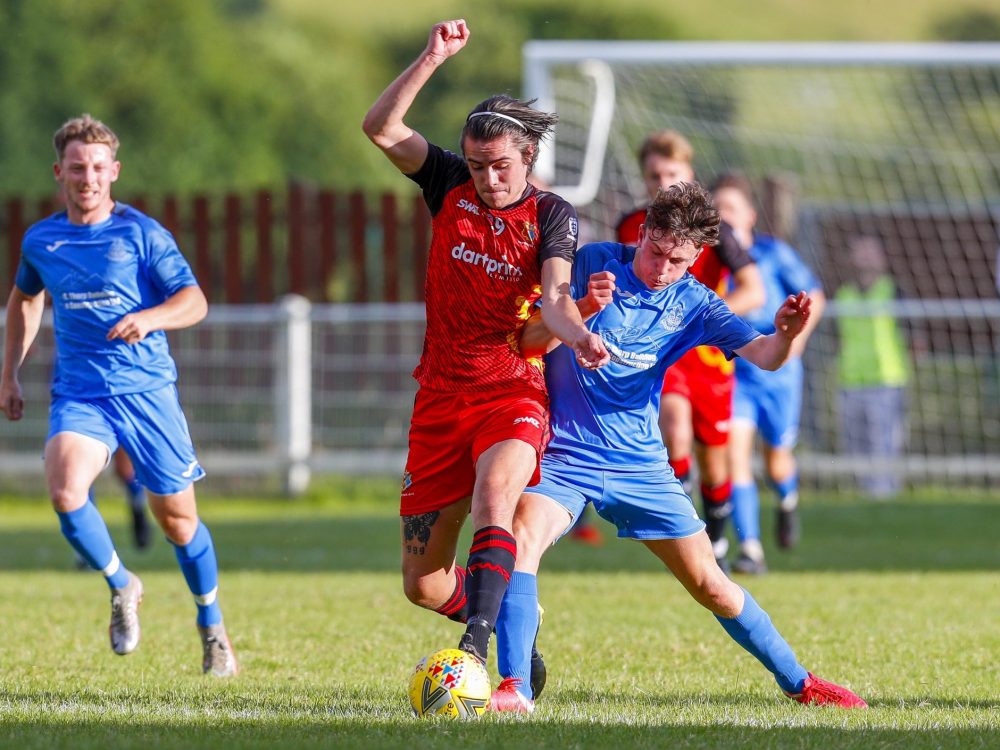 TAVISTOCK turned in another impressive performance in their second pre-season match of the summer as they thrashed Liskeard Athletic 4-1 at Langsford Park.

Stuart Henderson’s Western League champions played some scintillating stuff at times and the impressive Josh Parry got the ball rolling by stabbing home the first goal before Ben Cross glanced in a header to make it 2-0 by half-time.

A wrath of half-time changes led to Tavi being less effective after the break, but they were still too strong for Liskeard as Josh Grant was played in on goal, rounded the goalkeeper and squared for Teigan Rosenquest to place the ball high into the net for the third.

Dylan Peel pulled one back for the South West Peninsula side, but Parry added a stylish fourth after another incisive break and good build up play by Grant.

“It was a good run-out,” said Tavi’s new first team coach Darren Spong. “Obviously pre-season is all about getting minutes in the players’ legs and we have a lot of players to look at, which is a great problem.

“There were two very different teams out from the first half to the second but I thought it was a very strong performance in the first half, we dropped off a little bit in the second half, but I am pleased to get the win and I think we are heading in the right direction.

“There was some good stuff played, some good combinations from back to front and linking up with the boys in the middle and out wide, good deliveries into the box and Josh Parry down the left-hand side was causing all sorts of problems and going forward we looked great.

“We had a lot of the ball in the first half and that was good to see. They sat in on us a little bit and it was up to us to open them up, but the boys did really well.”

Spong has arrived following a shake-up of the management structure at Langsford Park. Assistant Ken Ord has decided to stand down and Calum Davenport has stepped up to assistant manager with Saltash-based Spong taking Davenport’s role as first team coach.

“It’s been great,” Spong said. “Everyone has been really welcoming at the club, it’s a good bunch of lads and I can see already there is a good team spirit in the dressing room and I have enjoyed taking a few training sessions already.

“They work hard and have a good attitude and I am really looking forward to the season to be honest.”

Speaking on his background, Spong added: “I am originally from Portsmouth and played there in the Academy and served my apprenticeship at Bournemouth. I went to play for Basingstoke in the Conference South for a season and then I went to America on a College scholarship.

“I played as a professional out there and then as a semi-professional, I then went into coaching and I was out there for 17 years.

“I moved back to the country about six weeks ago having been away for 17 years and it is nice to come to sunny Tavistock!”