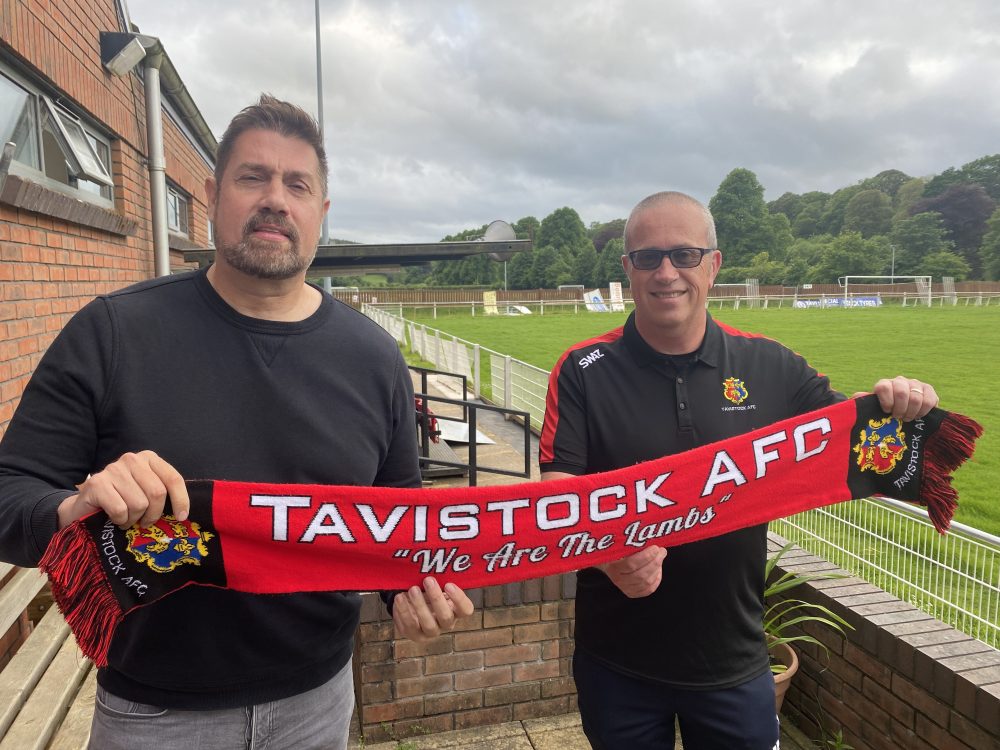 Win for the first team as Development team lose at Brixham Grant, Battle and O'Connor on target against Saltash

TAVISTOCK overcame the loss of defender Cory Sargent to fight back and claim a 3-2 win in their latest pre-season friendly of the summer against Western League side Saltash United.

Sargent was sent off in the 56th minute with the home side leading 2-1, but two quick fire goals either side of that red card gave the Lambs the advantage over their guests from across the River Tamar.

Saltash did grab a goal back in the closing stages, but it was nothing more than a consolation as Stuart Henderson’s side held on for the win.

The Ashes went in front on 17 minutes when former Tavi midfielder Jake Miller crashed in a superb shot from distance, but parity was restored in first half stoppage time when Josh Grant scored from the penalty sport.

Six minutes after the restart, Alex Battle made the most of a mix-up in the Ashes defence to score before Exeter City loanee Joe O’Connor made it 3-1.

Another former Lamb – Alex Cairo – then scored at the death to reduce the arrears, but Saltash were unable to force an equaliser.

Across Devon, Tavistock’s Development team were also in action and they put up a good showing before going down to a 5-2 defeat at South West Peninsula League side Brixham.

The Fishermen looked good in the first half and, after Tavi’s CJ Pritchard had a goal ruled out for a foul, Brixham raced into a 3-0 lead with some great football and clinical finishing, but the young Lambs – all under 21 – never gave up and made a game of it in the second half.

Harry Jeffery, on as a half-time sub, reduced the arrears with a brilliant free kick that went in off both posts, before Daniel Koita capitalised on a poor backpass to finish in style and make it 3-2.

Two quick-fire goals in the closing stages gave the scoreline a more flattering look as Dave Ottley’s young charges again showed once again that they are a team of immense promise against a Brixham side tipped to fare well in the SWPL this coming season.

The Lambs are in action again on Thursday night when they head to Millbrook. We then welcome a Plymouth Argyle XI to Langsford Park on Sunday as part of our ‘Football Festival.’

At midday, the Tavi Legends will take on an Argyle Legends side before the first team play the Pilgrims at 3pm.