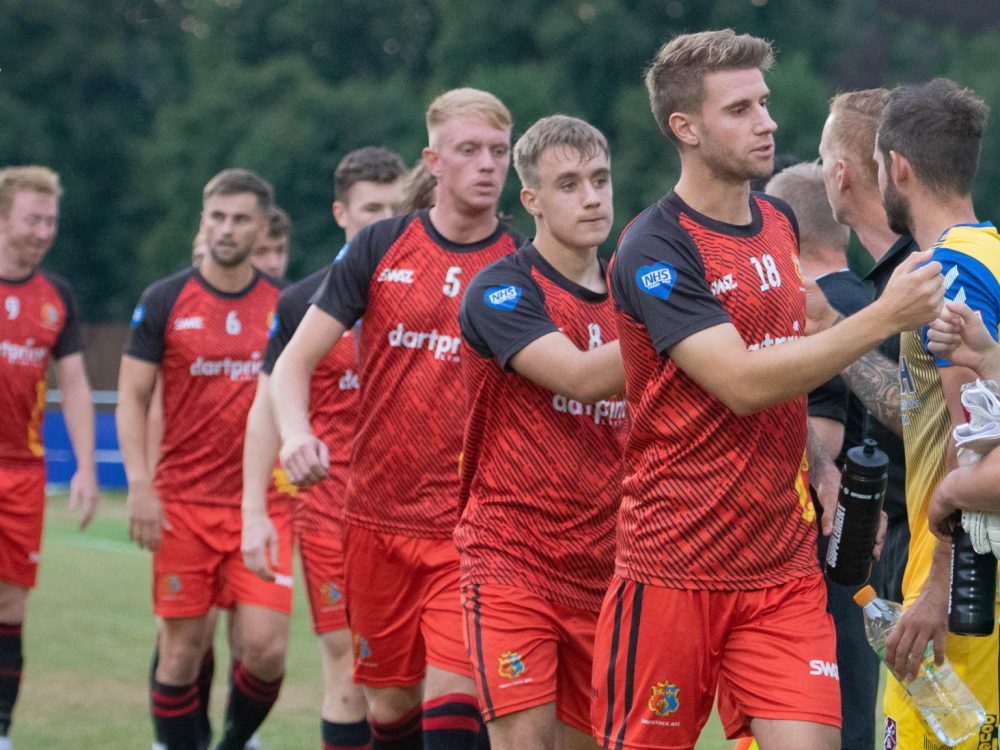 MATCH PREVIEW: Melksham Town test is next up for Tavi Lambs get back to action after a ten day break

AFTER picking up two wins from two in our first two games of the Pitching In Southern League Division One South programme, the lambs return to action on Saturday with the visit of Melksham Town.

A 1-0 win at Larkhall was the ideal start to the campaign and Stuart Henderson’s side followed that up with a 1-0 win at home to Paulton Rovers in our last encounter.

Due to our exit from the FA Cup, the lads had a free weekend last week, but that hasn’t stopped the boss and his coaching team from spending some time with the lads on the training ground, while the squad have also been on some lung-busting runs to maintain their fitness.

“We are looking forward to returning to action against a Melksham team that are going to be tough to beat,” Henderson said. “But the lads have trained well and are looking to build on those two 1-0 wins that started our season.

“It is going to be a busy weekend, with the Melksham game followed by the trip to Bideford on Monday, so we will be looking for the points to maintain our good start to the season and maintain the momentum we have built.”

To view the matchday programme from Saturday’s fixture, please clock on the link below…