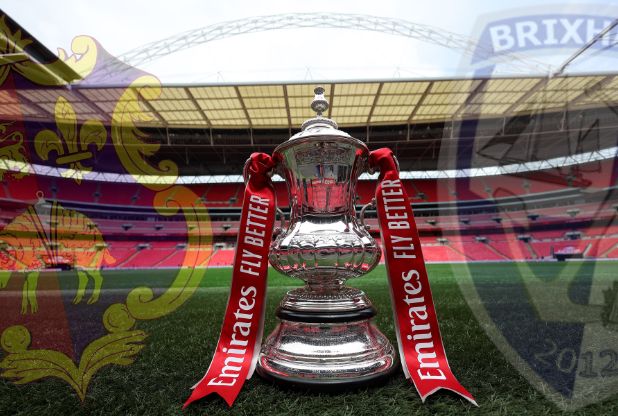 A NEW season starts with the Road to Wembley for Tavistock on Saturday when the Lambs welcome South West Peninsula League side Brixham AFC to Langsford Park.

The match is a repeat of last season’s FA Vase fixture, which the Lambs won 5-1 at Wall Park, but hopes of progress were dashed when an administrative error emerged after the game and Tavi were thrown out of the competition.

Hopefully, there will be no such repeat this time around with manager Stuart Henderson looking forward to getting the new season under way after a long pre-season which saw the Lambs play 11 friendlies, plus a further three games for our newly-formed Development team.

“It certainly feels long, but we have played a lot of games which has been good,” Henderson said. “The players are up to speed, they are fit and there are no complaints on that side.

“Brixham are going to be up for it, we know they are a good side and anything is possible in a one-off game, so we need to make sure we are at our best to make sure we get the result that we need.

“We just have to stay professional and do the right things. If we do that, then you would like to think the quality will come through, but we are under no illusions as to how tough it will be because it will be seen as a big scalp if they were to get a result.”

Brixham do indeed have a reputation for playing good football and under the joint-management of Tim Porter and Jason Couch, they have been one of the stand-out teams in the Peninsula League for the past few years now.

However, Tavi have fared well against teams from further down the Football ladder in pre-season, and Henderson is refusing to read anything into those results.

“We have played a few South West Peninsula teams in pre-season, but I don’t think you can read anything into that. Pre-season is about fitness and looking at things, I don’t pay too much attention to results,” he said.

While the playing staff remains pretty much the same – with some notable additions – the big change at Langsford Park has been off the pitch, where Henderson’s loyal and long-serving assistant Ken Ord has left the cub.

A slight restructure of the coaching staff sees Calum Davenport take on the role of assistant manager, Darren Spong arrive as first team coach, while Niamh Curtin will remain as physio.

“Ken is a really good friend of mine and it is different with him not around, but I am delighted to have Cal and Darren joining us,” Henderson said.

“We would have looked to bring in another member of the backroom staff because it was a lot of work for just me and him, but it is a nice mix with Darren and Cal alongside me, Niamh doing the physio and Barry (Knox) as goalkeeper coach.”

Team news: We would like to thank Plymouth Argyle for allowing us to field their Under-18 goalkeeper Matt Martin in Saturday’s game with Josh Oak working and Sam Borthwick suffering a grade two tear to his knee in the friendly win over Bude Town.

To view our NEW official matchday magazine, click on the link below: