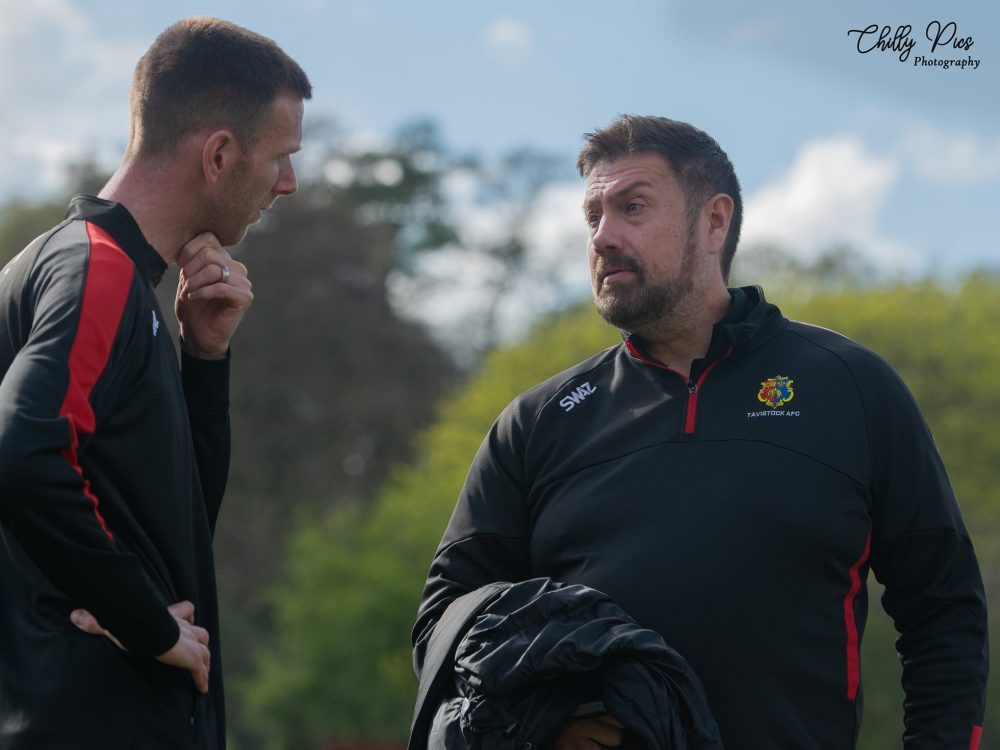 TAVISTOCK take a break from league action this weekend and chase a place in the third qualifying round of the FA Trophy as we welcome Didcot Town to Langsford Park.

It has been a steady if unspectacular start to life at a new level for Stuart Henderson’s men, who are adapting well to their new surroundings with the Lambs boss identifying a notable step up in quality.

However, his team have looked anything but out of their depth and have lost just once in five games, although goals have been in short supply so far this season with only six scored in seven matches – two of which in the 3-2 FA Cup defeat to Brixham in August.

“By over compensating in one area, you are bound to lose it in another, but we saw enough at Westbury as we created enough chances and should have won the game,” Henderson said. “That said, you’d always take a point on the road.

“You can only score if you are getting the supply and you only have to look at the three teams that have won their leagues – us, Lymington and Westbury – and out of those teams, we are highest in the table.

“It is a step up and a strong league, some teams at this level are heavily invested and you have to be respectful. We could be a lot more open, but the chances are you would concede a lot more goals and it is asking a lot to then score two, three or four goals every week at this level to win games.

“For me, as manager, we build a team from the back and there are times when a team is going to play football and we will change our shape accordingly. What I mean by playing football is that, there are hundreds of ways to play football, but if teams aren’t going to be so direct, then we are more likely to play a style that we have perhaps seen more of in recent years.

“When teams are front to back and the midfield are bypassed with (midfield) runners and winning first balls, you have to adjust your shape.

“I feel against teams that are more direct, the change in shape will help us defensively and what we are working on is different patters to create more opportunities. We had a bright training session this week with a good turnout but, again, it’s difficult when you only have the players for a couple of hours, we aren’t in every day to work on things.

“Hopefully with a few more tweaks it can propel us up the table.”

However, while it is only six goals scored, it is also six conceded for the Lambs – with three of those coming in that FA Cup defeat on the opening day of the season. Playing a back three seems to suit certain personnel as well and it does feel like a matter of time before things really click for Tavi.

“I don’t think there is an issue with a back three, but I think, where we are losing it is in the wide areas,” Henderson admits. “We have always been good at creating overlaps and underlaps and by playing wing-backs, you have to find those combinations and overloads and underloads with different players making different runs.

“That is something we are working on and I felt, at Westbury, there was a big improvement in those areas, whereas at Kidlington, I didn’t feel the wing-back had those options, but we were much better on Saturday.

“It’ll take time to adjust to the formation, but we know we have a couple of other formations that the lads know well and are more familiar with, so it is great to have that flexibility and change as and when we need to.”

Tomorrow, Tavi face a Didcot side that Henderson is familiar with as he saw them beaten by Plymouth Parkway in the FA Cup earlier this season.

“They were 2-0 down and pegged Parkway back to 2-2 before a late winner and I was impressed with them,” Henderson said.

“Their wide men were quick, they had pace at the back with the centre half and right-back and they were quite direct at times, but also played a bit. Parkway had a tough game – as they did at their place – and Parkway are a very strong side, so it will be difficult, but it’s a game we look forward to.

“All the games have been tight and that’s what you want as players and managers. You don’t want to rock up knowing you are going to win even before you’ve kicked off.

“We are pleased with our start and we have only lost one in five.”

Kick-off is at 3pm and a place in the third qualifying round is at stake for the winners. The draw for which takes place on Monday lunchtime.