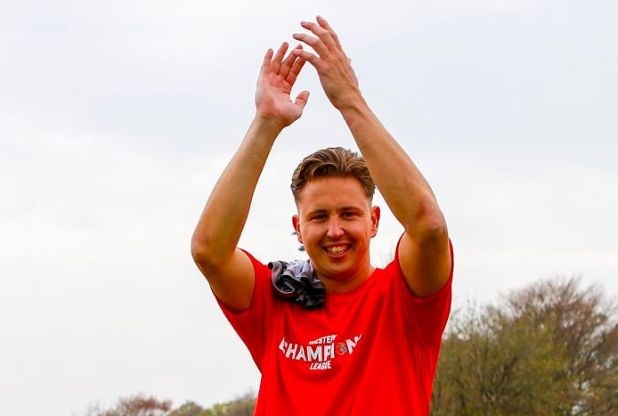 TAVISTOCK manager Stuart Henderson had nothing but praise for his side as they progressed to the second qualifying round of the FA Trophy with a penalty shoot-out win at Kidlington.

With the match incredulously moved to midweek at such short notice, several players were unavailable due to work commitments and Henderson could only name three men on his bench, including 16-year-old Sam Rutter, who has never played a first team game before.

Tavi were the better team on the night and their cause was helped just before half-time when the Kidlington goalkeeper was shown a straight red card after bringing Dan Koita down just outside the penalty box.

Despite their second half dominance, Tavi couldn’t find a way through, but Edd Harrison, Alex Battle Josh Robins and Taylor Scarff scored from the spot with goalkeeper Josh Oak making two saves to set the Lambs up for a clash with Didcot Town in the next round.

“I was quietly confident that I would get a performance because I know the lads inside out and their character,” Henderson said. “They are good players, very honest and committed and they give everything to the cause.

“In the game, I didn’t think our goalkeeper had too much to do, but he did really well with the penalties and I thought the two centre halves were comfortable.

“They had the better of the opening exchanges, but the rest of the half was quite even. Then the game swung when Dan went through and knocked the ball past their goalkeeper, all he had to do was fire it into an empty net and the ‘keeper has taken Dan out.

“It was a clear red card, you won’t see a clearer one, and that was on half-time. In the second half, it’s often the way where it’s difficult to play against ten men as they put everyone behind the ball. We had lots of possession, but couldn’t break them down.

“The keeper that came on has pulled off three exceptional saves and when you get to penalties, they are obviously delighted to hold on and you wonder of the momentum changes because their goalkeeper has had an inspired game. But they were really good penalties by our ads – even Tallan’s hit the inside of the post and it was a great strike, just a bit unlucky, and I will always back Oaky to save at least one in a shoot-out and he has gone one better and saved two – and they missed one as well.

“It was a good night for us and made the journey home a lot more bearable and we can look forward to being at home in the next round now.”

Tavistock welcome Didcot Town, who Plymouth Parkway knocked out of the FA Cup this season, to Langsford Park on September 24 after they also won through to the next round on penalties.

Next up for the Lambs is Saturday’s Southern League Division One South trip to Westbury United.