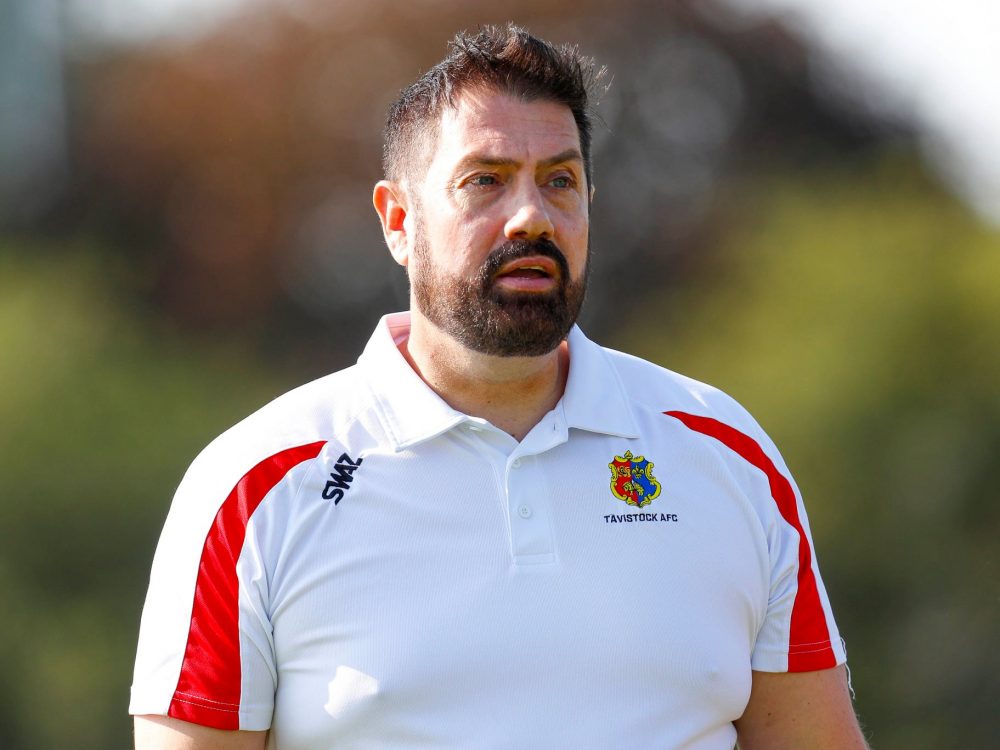 MATCH PREVIEW: Tavi have it tough for Kidlington Trophy game FA's decision to play in midweek is nothing short of ridiculous

THE decision taken by the Football Association to cancel all football at the weekend has certainly stirred plenty of debate. But was it the right one? writes Stuart James.
Personally, I didn’t agree with it and I strongly feel the FA missed a great opportunity to provide football fans with a platform to show their respects to our late Queen and in turn show the world how respect is done.
What I really didn’t understand was cancelling grassroots football. An opportunity for the children of today to wear black armbands, stand for a minute’s silence, and/or play the national anthem was missed, along with an opportunity for our children to experience that moment, ask questions and learn why such things are done.
My frustrations with the FA do not stop there, though. Their short sightedness with regards to the FA Trophy defies belief. And Tavi boss Stuart Henderson has condemned the governing body’s decision to move Saturday’s postponed games to this midweek.
Replays in the competition were scrapped for many reasons, but the biggest being semi-pro footballers with day jobs struggling to get time off at such notice to be able to travel large distances to play. On Friday, just minutes after the FA’s announcement all football was being postponed, came the notification that postponed Trophy games had to be played this midweek.
Tonight, Tavistock travel to Kidlington, a town in Oxfordshire, almost 200 miles away. Southern League rivals Exmouth travel even further for their Trophy game – 210 miles. Needless to say, both teams are struggling to raise a team, let alone have a squad to choose from.
“It’s ridiculous,” Henderson said. “The reason why these ties are scheduled for a Saturday is because of the travelling. They (Kidlington) are not in our section of the league, they are in the Central league, which is in and around the London area and we are going up there with half a team.
“We have lads that can’t get away from work and it puts us at a massive disadvantage. I know from speaking to other managers that are away they are in the same boat. I just don’t understand why the game wasn’t postponed until the next round of games was played because, later on in the competition, there is about two months between the semi-finals and the final, so they could have put an extra round in then. It’s nonsense.”
Henderson added: “There are boys speaking to their bosses today to see if they can leave work early and they won’t know until later today whether they are going to be available. Joe O’Connor may get recalled by Exeter City as they are playing tomorrow night and are short themselves, so it is all coming at once and doesn’t help our cause.”
It makes a mockery of the competition and there will be many that will give Tavistock little chance of success at Kidlington on Tuesday night. But Henderson is keen to use such adversity to his side’s advantage.
“Listen, our boys are a very close knit bunch,” he said. “We go on holidays together and most of them have been together for six or seven years, they are winners individually and winners as a group and we are going there expecting to win the game, one way or another.
“Knowing the mentality of the lads, as soon as they reach the ground, all of that will go out of their heads, they’ll prepare in the right way and be ready for the game and give the best account of ourselves, but we do feel we have had a lot of obstacles put in front of us.
“Even Kidlington have said that Saturday would have been better for everyone. We are at a disadvantage, but we will give it everything – as we always do.”
Even Henderson himself needs permission from his boss to finish work early and be able to lead the team tonight, but such a long day must lead to serious questions being asked of the FA. Their insistence that games must be played raises grave concerns about player welfare.
“We have one lad, who is a PT (personal trainer) and he will work from 7am to 2pm, jump in the car and drive for four hours to Oxfordshire, do a warm-up and play a game and then drive back to Plymouth. Away from football, how is that right for his welfare?” Henderson points out.
“Without wanting to sound dramatic, I just don’t feel that’s fair, it’s not fair on anyone and you shouldn’t expect anyone to have to do that. And we can’t really go by coach because the coach would have to leave at 1pm.
“The FA are quick to speak about player welfare, but how is that looking after a semi-professional footballer? It’s very frustrating and we can’t do anything about it. Not a lot of thought has gone into it at all and it’s very disappointing.
“It would be easy to pull out and we won’t have a full bench, but that wouldn’t be the right thing to do.”