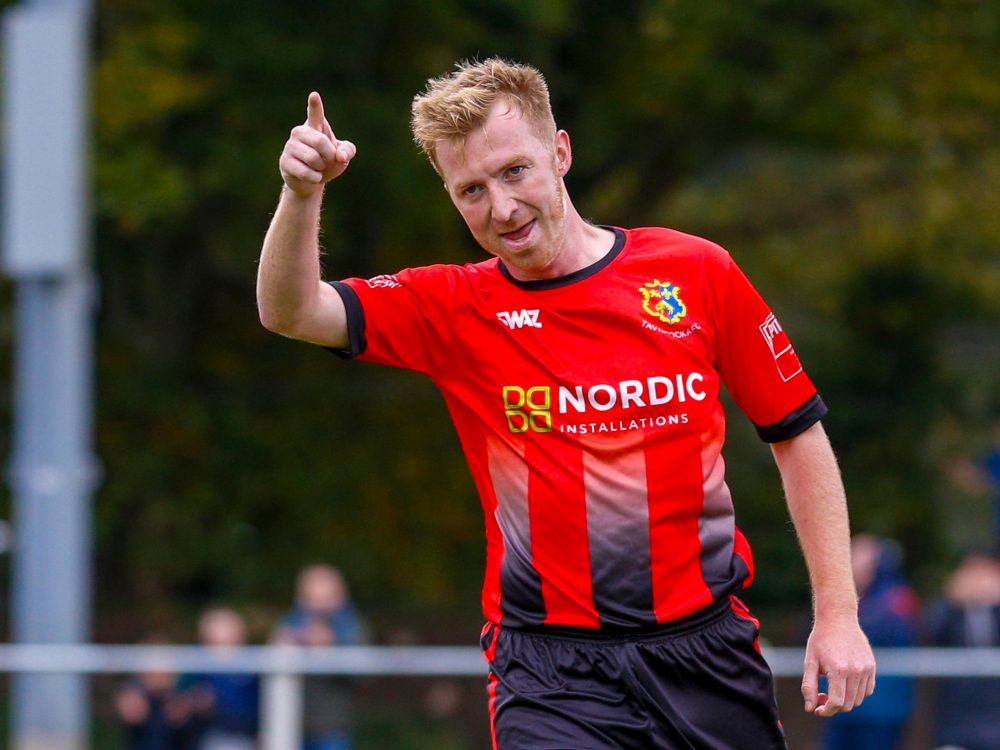 TAVISTOCK climbed up to second place in the Southern League Division One South table with a devastating 7-3 win at Lymington on Tuesday, which left manager Stuart Henderson delighted.

The Lambs are in scintillating form right now with this win following on from Saturday’s impressive 4-0 thrashing of high-flying Frome Town and it is now 18 goals in the last four league games for Tavi.

After Ed Harrison conceded an early penalty, from which Owen Fee scored to put the league’s bottom club 1-0 up, Tallan Burns levelled almost immediately and from there, Tavi turned on the style.

Josh Grant and Alex Battle struck to make it 3-1 at half-time before Liam Prynn added a fourth ten minutes into the second half. Fee’s second of the game made it 4-2, before Prynn and Grant bagged their second goals of the game.

Dominic Thelen pulled one back for Lymington, to make it 6-3, but on-loan Exeter City midfielder Joe O’Connor lashed home a brilliant long range strike to complete the scoring and leave Tavi in seventh heaven.

“It was a good win, but it was a funny old game,” Henderson said. “It took us over four hours to get up there and I arrived at nearly 7pm because we got caught up in traffic around Bournemouth and Southampton.

“They aren’t a bad side to be fair to them. I know they are down at the bottom, but you could see why their results have picked up of late. In the first 15 minutes, their shape caused us all sorts of problems and they were getting overloads everywhere.

“They then got the penalty and you are thinking: ‘Here we go, it’s going to be one of those nights’ but we immediately scored and we changed the shape a bit.

“They are one of those teams that have a lot going forward, and often attacked with eight players, but didn’t have a lot at the back and we scored two quick goals before half-time.

“They were so gung-ho that as soon as we won the ball back, we were in and it was like a tennis match. We gave away another soft penalty – the ball hit Josh (Robins) on the ankle, bounced up and skimmed his arm – so that was 4-2. But we then went up the other end and banged in two more; they scored a strange goal which made it 6-3 and then we went up the other end and scored again!”

It is a far cry from earlier in the season when the Lambs were picking up points and winning games, but it was largely down to their defensive resolve. Goals were hard to come by, but in Prynn, Battle and Grant – and Adam Macpherson – they have four strikers that are scoring for fun right now. Prynn’s brace took him up to 11 from 14 games, Battle has eight in 16 and Grant seven in 12.

“We tweaked the shape,” Henderson said. “The first three games, we won 1-0, lost 1-0 and drew 1-1 but we have found a few patterns, players are building relationships on the pitch and the levels are good.

“I think some teams like to force the play a bit – like Frome did on Saturday – and that suits us a bit. Also, you have Prynny up to speed now after his injury, Granty and Batts are fit but, with players of that calibre, they will score goals.

“I have left Granty out and Prynny out, but they know they have to be right to keep their place. When Dan (Koita) was around, he started a few games in front of them, but we also have Adam now who has come on and done well and he will push them.”

With Tavi now second in the table, five points behind league leaders Sholing, but with a game in hand, all thoughts now turn towards three successive home games at Langsford Park.

Wimborne are up first in the league on Saturday followed by Bashley on Wednesday and then the exciting FA Trophy clash against National South side Hungerford Town.

“We won’t get carried away because we are still just over a quarter of the way through, but it gives the lads confidence,” Henderson said. “We will just do the best we can and see where it takes us.”