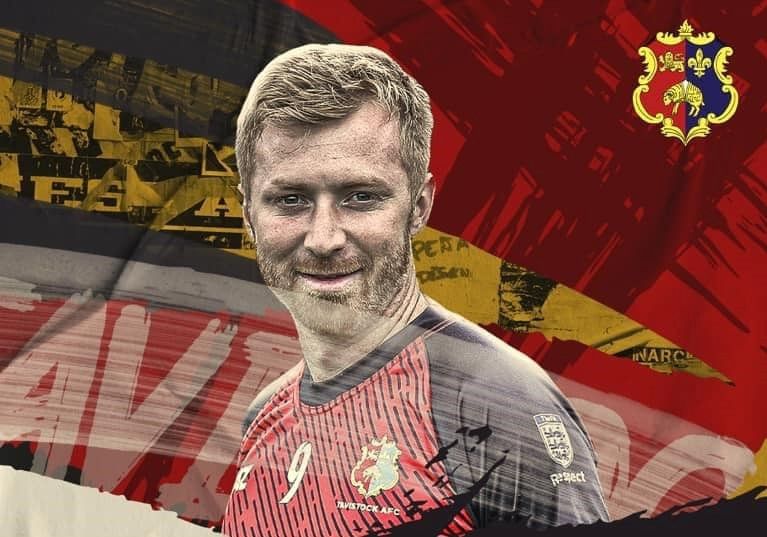 The football journey of Liam Prynn is a story of a young striker finding the right place to showcase his talents and enjoy the game he was born to play.

Prynn scored all four goals in a superb individual display for Tavistock last weekend, as the Lambs cruised to an impressive 4-0 win at Frome Town in the Southern League.

The scoring exploits of Prynn are no fluke, the Cornish forward has always been a talent in front of goal, a gift first identified by the youth system at Torquay United, where he made such an impact that the big fish began circling.

Aston Villa took the plunge in 2013 and Prynn, then just 16 years-old, moved to Birmingham in a deal reported to be around £50,000. It was, however, a huge change in lifestyle for a teenager who soon became homesick in his new environment.

Prynn made the brave decision to return to Plainmoor, as Torquay Head of Youth Geoff Harrop explained at the time: “Liam just couldn’t settle up there, he is only 16 and it’s always a big thing for a lad of that age to move away from home.”

After a couple more years with the Gulls, Prynn opted to focus on his education, graduating from Plymouth Marjon University, where he was also named as Sportsman of the Year.

From a footballing perspective, Prynn found a happy home at Langsford Park and a quiet revolution under the management of Stuart Henderson. Tavistock Football Club was a growing force in the South-West Peninsula League, winning the title in 2017 and 2019.

Tavvy took the decision to accept promotion to the Western League and, once again, found themselves more than capable of competing at the new level. This season has taken the Lambs a step further, as they set about the task of becoming an established Southern League club.

The formula for Henderson has been based on loyalty, with many of the players who starred in the Peninsula years still performing at the new level. Prynn is definitely in that category, alongside players like Ben Cross, Josh Grant, Tallan Burns, Josh Robins and more, players who have evolved together.

That spirit shone through in abundance on Saturday, as the Lambs set about dismantling Frome Town, who started the game in third position and are rightly considered as genuine promotion hopefuls.

The Tavvy train started rolling forward when Grant was brought down for a penalty and Prynn calmly slotted his first of a stellar afternoon. The second goal arrived on 18 minutes and it was another study in composed finishing, as Prynn latched on to a delicious pass from Alex Battle before slotting beyond the advancing Frome goalkeeper.

Even the Frome Town social media feed accepted their side was suffering against the Prynn-inspired Lambs, describing the home defence as ‘terrified at the slightest bit of Tavistock pressure’. Aside from a 2-0 half-time lead at a leading side in the division, Henderson must have been thrilled with the confidence and attacking fluency of his team, especially in awkward weather conditions.

The interval failed to disrupt the Tavvy rhythm, as Grant struck the post before Prynn effectively sealed the win with his hat-trick goal on the hour, calmly rolling the ball into an empty net after a mistake from the Frome defence.

The Lambs were happy to saunter through the closing stages and a 3-0 win on the road looked more than satisfactory, but Prynn wanted more, and he got it in the dying seconds, powering past the weary Frome defence to lash home an emphatic fourth.

It was a brilliant performance, individually and as a team, setting Tavvy up nicely for the midweek clash at Lymington Town, and yet more evidence that patience, loyalty and trust are crucial components in building a top side.

Tavvy are in the top five, they have games in hand on the teams around them and, with a manager like Henderson and strikers like Prynn, this season could be the best of the lot.

From Tim Herbert, The Moorlander