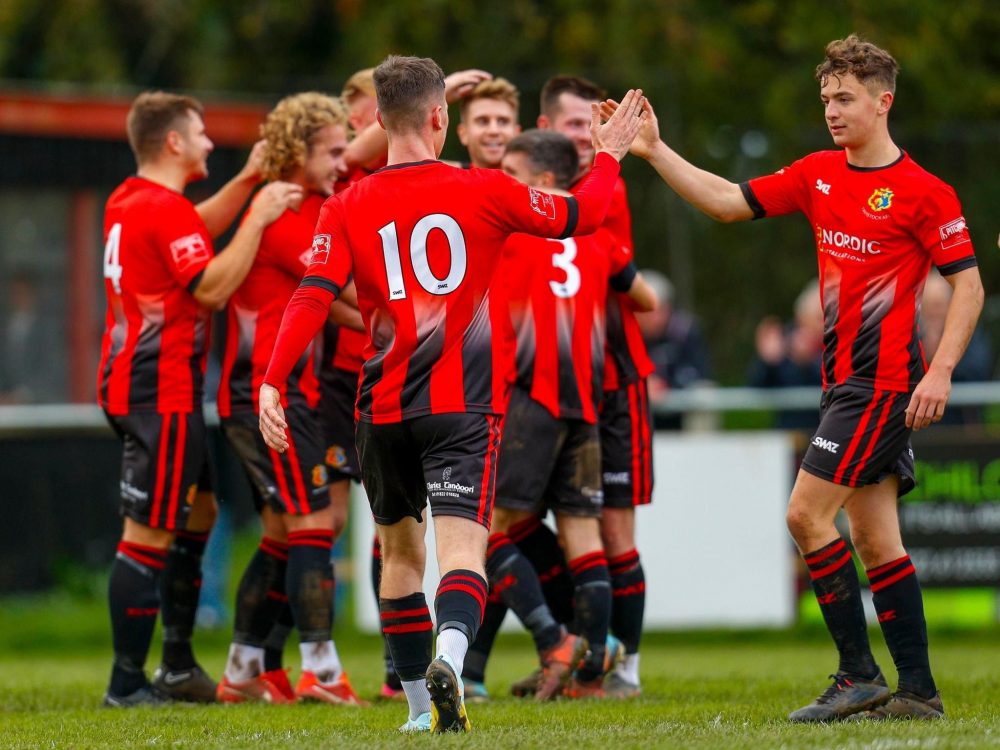 TAVISTOCK manager Stuart Henderson will give his walking wounded every chance of being fit for tonight’s return to Southern League Division One South action at Paulton Rovers.

A glut of games in such a short space of time – on heavy pitches as well, due to the heavy rain that has fallen – has meant that several players are struggling with knocks and niggles ahead of the trip to mid-table Paulton.  As a result, the club have moved to dual register Aaron Hicks, Olly Small and Josh Phillips ahead of the game to ensure they have enough bodies to both field a team and fill the bench.

“Unfortunately, we have some injuries to key players,” manager Henderson said. “Dan Evans, Taylor Scarff, Josh Oak and Josh Robins are all either out, or we are hoping to return tonight. With those missing it emphasises the importance of the squad. It is important that those coming in grab the shirt, make the most of the opportunity and give me selection headaches.”

After back-to-back 2-1 defeats, including Saturday’s heart-breaking loss in the second round of the FA Trophy, the Lambs will be looking to get back on track knowing that victory tonight will move them up to third place in the table, behind leaders Sholing, who won 3-1 at Melksham on Tuesday, and second-placed Frome Town.

Wimborne moved up to third with a 2-1 win at home to Exmouth Town on Tuesday, while 871 were in attendance to watch a goalless stalemate between AFC Totton and Hamworthy United, who are level on 24 points, one ahead of the Lambs.

“It just shows there are some well-established Southern League clubs with very big crowds and the income this generates,” Henderson added.  “I appreciate the support in our recent home games, with three attendances in excess of 200, as we continue to strive to improve on and off the pitch.”

There is a pitch inspection planned at 1pm this afternoon and we will update supporters of the outcome through our social media channels as soon as we have news from Paulton.