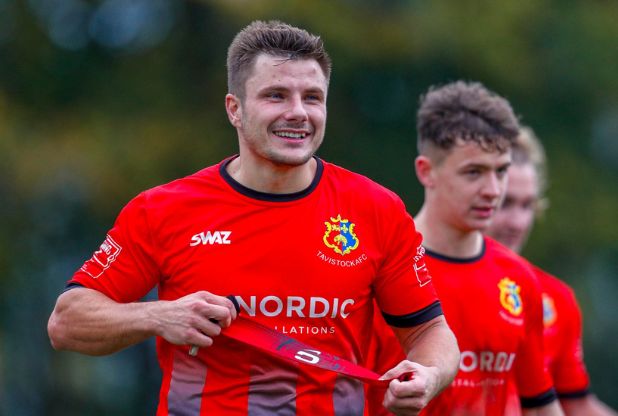 LAMBS boss Stuart Henderson has been saying all season that the Southern League Division One South is a league where anyone can beat anyone – and you only have to look at Saturday’s opponents Westbury United to see that’s the case.

You would have thought that a team that has taken points off four of the top five would be in amongst the frontrunners themselves, but slipping up against the likes of Bristol Manor Farm, Cinderford and at home to Bideford means that Westbury have dropped points when they would perhaps have expected to gain them and they sit ninth in the table.

Earlier this season, the Lambs drew 1-1 at Westbury, so it is difficult to gauge what will happen at Langsford Park this weekend, but one thing is for sure; taking the three points will be far from easy.

“I have said it all along that anyone can beat anyone in this league and the margins are very small, but we are at the halfway point and if we are to win one of our games in hand, then we will be in a play-off place,” Henderson said.

“We are punching well above our weight, so long may that continue, although it may cause a few heart attacks within the club!

“The main thing is to stay in the league, which I think we are more than capable of doing. We will just continue to work hard and see where it takes us.

“We drew at Westbury earlier in the season and they are a good outfit. They had a really nice pitch up there and seemed to have worked on it a lot since we played them there in the Western League, but they are a big, powerful side.

“They have had some good results against the top teams – they have taken points off Sholing (who they beat 3-2) Hamworthy (they beat 2-1) and Wimborne (drew 3-3 away and beat 2-1 at home), but in losing to some teams at the bottom (Bristol Manor Farm, Bideford and Cinderford) it shows that anyone really can beat anyone.

“It’s going to be difficult, like they all are, but we will be at home, look to get in the ascendancy and give a good account of ourselves. They are three points behind us at the moment, so it is important we don’t lose the game, a draw would be a good result – and we would take that, with our games in hand.”

Like many clubs this year, Tavi have struggled to get onto the field with either waterlogged or frozen pitches seeing games called off, but with no rain forecast for the foreseeable future, and temperatures above freezing, it very much looks like being game on this weekend.

“We were really close to getting the game on last Saturday and on the Friday night, it was on, but the overnight rain killed us and you only had to look at the fixture list to see that there weren’t many games on, apart from Exmouth,” Henderson added.

“It was disappointing, but we trained well in the week and the lads are all raring to go for Saturday and looking forward to it. Saturday has always been ‘football day’ in my life and when you don’t have it for a few weeks, especially over the Christmas period, you miss it, so it will be nice to get back out there and get the lads back together.

“I went and watched the Exmouth game and to be fair to Larkhall, I thought they were very good and they have certainly improved. If you look at their results, they have beaten us and I think they have won three, drawn one and lost one of their last five games, so they have certainly picked up.

Tavi still have Warren Daw and Taylor Scarff serving a suspension, but there was some good news on the injury front. “Dan Evans trained on Tuesday and is going to be in the squad for Saturday,” Henderson said. “It’s probably too soon to start him, so we will look to get him some minutes on Tuesday at Ilfracombe, but it is great to see him back.”

To view the official matchday programme for Tavistock v Westbury United, click on the link below.