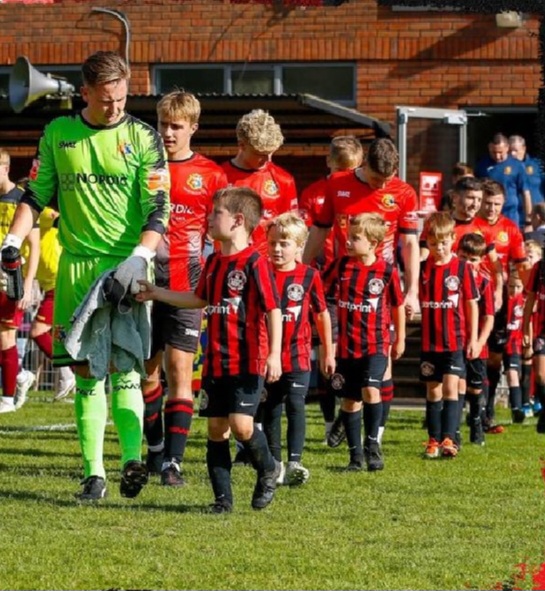 THE changes continue afoot at Tavistock with manager Stuart Henderson confirming the arrival of a new goalkeeper coach to work with experienced number one Josh Oak. Mike Searle, who has vast experience with the likes of Truro City, Tiverton Town and Willand Rovers, is moving to Langsford Park primarily as a goalkeeper coach. He will also register as a back-up to Oak with Sam Borthwick departing for pastures new.

“We advertised for a goalkeeper coach and had a few applicants, but when I saw Mike’s name, I was keen to speak with him.” Henderson said. “I have watched Mike play and Shane (Krac), who has just joined us, has played with Mike and both Truro and Tivy and when I spoke to him, he was really keen. Although he doesn’t have any formal coaching qualifications, he is just starting his career in coaching and I think he will be a really good coup for us and he will push Josh Oak hard.”

“Josh is getting a little bit older – he is creeping into his 30s – but he wants to work hard at training sessions and Mike will do that and be there on matchdays. We have been keen to increase the backroom team – some clubs have eight or nine management/coaching staff, but with Shane coming on board, now Mike and possibly a fitness coach, it demonstrates that we are looking to grow not just on the playing side, but the backroom staff as well. He’s not really there to challenge Josh, he will work with him to get the best out of Josh, but if Josh gets injured or whatever, then he’s registered and able to step in.”

Oak has recently returned from a shoulder injury and kept a clean sheet on his return to the side in the Bank Holiday win over Bideford. His return has led to the departure of Borthwick and Henderson said: “Sam came in and did a great job and we are really grateful for what he’s done. Josh has been with us for eight years and there is no one I would rather have locally than Josh Oak, but Sam is more than capable of finding a club at the level he’s played and I just want to thank him for everything he’s done because he did really well for us.”

Searle’s appointment also comes at a time Barry Knox – Oak’s long-term goalkeeper coach – has taken a step back with Henderson adding that this was going to be his last year working as a goalkeeper coach, although he may yet return to the club in a different role.

Tomorrow, Henderson takes his side to Melksham Town looking to build on the Devon derby win over Bideford, where Liam Prynn and Alex Battle were on target. This is the third time the two teams will have met this season with Melksham winning 1-0 at Langsford Park in the league before the Lambs gained revenge with a 3-1 win against them in the FA Trophy.

“I understand they have a new manager and new players and they are in a similar position to us in the league,” Henderson said. “From what everyone tells me, the facilities there are fantastic, it’s a really good set-up and they are another team that attract large crowds, so we are looking forward to it.”

Tavi have the same squad as the one that beat Bideford with Dan Evans still injured, while Warren Daw and Taylor Scarff serve the second of a three and four game ban respectively.