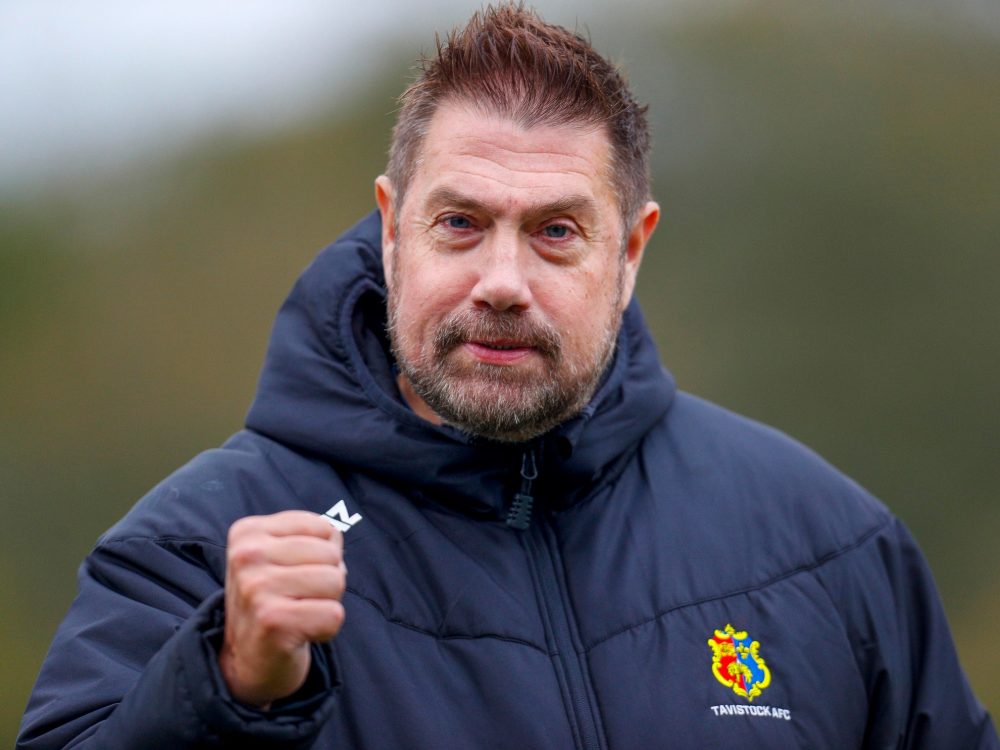 TAVISTOCK manager Stuart Henderson singled out three of his young players as the Lambs got back to winning ways with a 2-0 Devon Derby win over Bideford in Division One South of the Southern League.

Second half goals from Liam Prynn and Alex Battle saw Tavi deservedly claim all three points against Sean Joyce’s Robins and end a run of four straight defeats for Henderson’s side. Tavi gave a debut to on-loan Plymouth Argyle defender Brandon Pursall and he – along with Exeter City loanee Joe O’Connor and Adam Macpherson – earned high praise from the boss come full-time.

“I think a lot was made of the run we were on, but a lot of the games we lost were by the odd goal and one of those was against a team (Hungerford Town) two leagues higher and to a last minute goal,” Henderson said. “It was frustrating but it is nice to get back to winning ways and with everyone beating everyone, we are sat in seventh with two games in hand and we know if we win those, we are back in the play-offs.

“Brandon had a very steady first game but the biggest thing I was impressed with, which you don’t always see from a young man of his age, was that he was organising people. He was organising Adam at wing-back, he was speaking to (Ben) Crossy and to Iestyn (Harris) and that really impressed me. It was really good to see.

“Joe O’Connor played at wing-back and he was excellent – and so did Adam. I was really pleased with their contributions and I think those three young lads in particular were arguably our best three players. I had a chat with them all afterwards to say how pleased I was, but when you give those young players a chance, it’s great when they play like that.”

On the game itself, Henderson added: “I thought we were solid in the first half and created one or two chances, but we turned it up a gear second half. We scored two goals and could have had more but for good goalkeeping and poor finishing.”

Tavistock were boosted by the return of Josh Oak in goal. That has led to the departure of Sam Borthwick, who had stepped in and performed well in Oak’s absence with Mike Searle joining the club as goalkeeper coach.

Searle will also sign on as back-up to Oak and Henderson said: “In the games he deputised for Josh, Sam did very well. But the team has been losing and I feel, with Josh, it isn’t just what he does as a goalkeeper in making saves and catching crosses, he also has a big influence on the back four, in the dressing room and is a big character around the club. I wanted his personality around the dressing room and on the pitch because the defence has been a little bit makeshift with players unavailable through injury or suspension and getting Josh back was a big plus for us.”