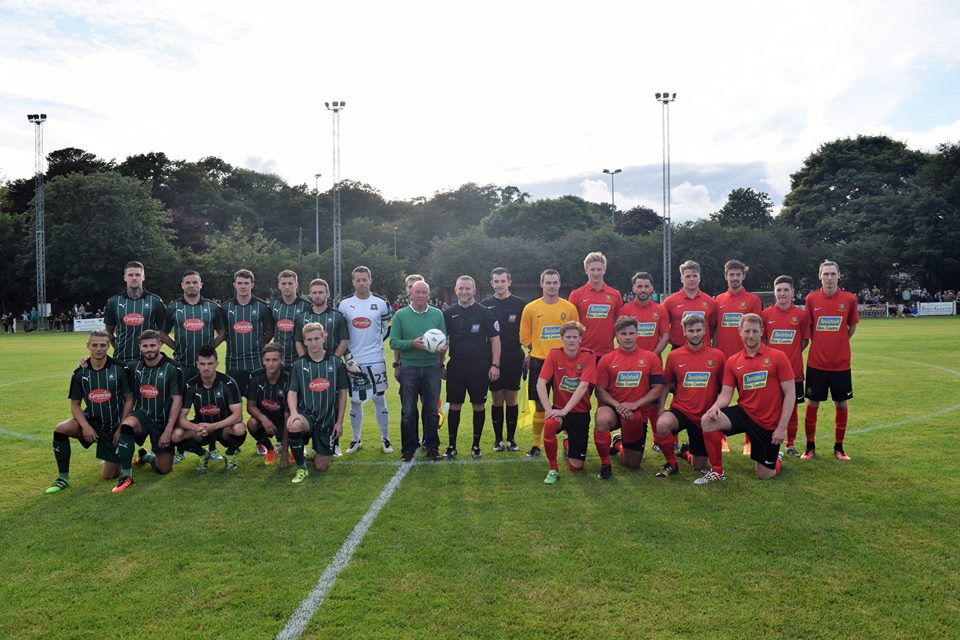 The Lambs produced a fine performance against League 2 Plymouth Argyle but eventually conceded three goals in the last fifteen as Argyle over powered them with some clinical finishing.
The kick off was delayed for ten minutes as so many people wanted to catch the action. They were treated to some fine football action with both teams producing some very attractive passing football. Dave Hallett and and new signing Shane Krac immediately hit it off in midfield prompting some fine moves which allowed Jack Crago to use his pace on the left flank. In the 8th minute Crago beat his full back cut into the penalty area but his shot was easily saved by Argyle Captain Luke mack. As expected Argyle dominated overall possession, but the Lambs were making a real game of it, which provided some great entertainment for the large crowd. 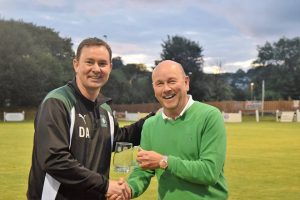 Argyle opening goal had an element of good fortune when a shot from former Scotland international David Goodwillie shot was blocked by a defender but the ball fell to Alex Battle who slotted the ball home from ten yards. Shortly afterwards a well worked free kick move saw Krac and Dan Evans exchange passes to release Jack Crago but his effort flashed over the bar.
Jack Ord in the home goal denied Oscar Threlkeld when he tipped his ferocious from 25 yards over the bar. The corner kick resulted in the visitors extending their lead, when the cross was not cleared and Jimmy Spencer was on hand to fire home.
Josh Robins then made a penetrating run down the left before finding Crago, who was brought down just outside the penalty area. Glyn Hobbs fierce free kick was blocked by the defensive wall.
Jack Ord was called upon to make another smart save to tip a curving shot from Alex Battle. Argyle increased their lead in the 41st minute when a long ball from defence saw Spencer provided the perfect knock down into the path of Goodwillie who thundered the ball past Ord. What a great goal.
Back came the Lambs wither another fine move that saw Threlkeld pull down Coombes in the penalty area. Glyn Hobbs stepped up to flash the ball low into the corner of the net. Ord was called on to make another fine save before the the half time whistle, with Argyle leading by 3-1.
The opening period of the second half saw the Lambs have possibly their best period of the game, playing some really eye catching football. On the hour a fantastic move saw the Lambs reduce the arrears when following another fine passing ended with Glyn Hobbs firing a low cross and Jack Crago was on hand at the far post to slot the ball home.
This resulted in the Argyle manager making six changes in the 63rd minute, which resulted in the visitors regaining control and dominated the remainder of the game. The Lambs battled to keep the visitors at bay but the professional outfit produce some clinical finishing with goals from Louis Rooney, Battle, and what was a harsh penalty decision converted by Jarvis before Graham Carey completed the scoring in the 87th minute.
The crowd of around 1,500 had witnessed an entertaining game of football.
This was a really good performance by the Lambs, the team looks in very good shape and with further testing friendlies before the start of the season, will be ready to put in a real challenge for honours this coming season. 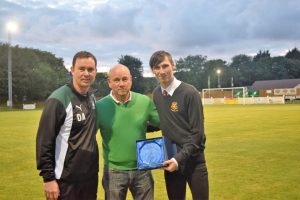