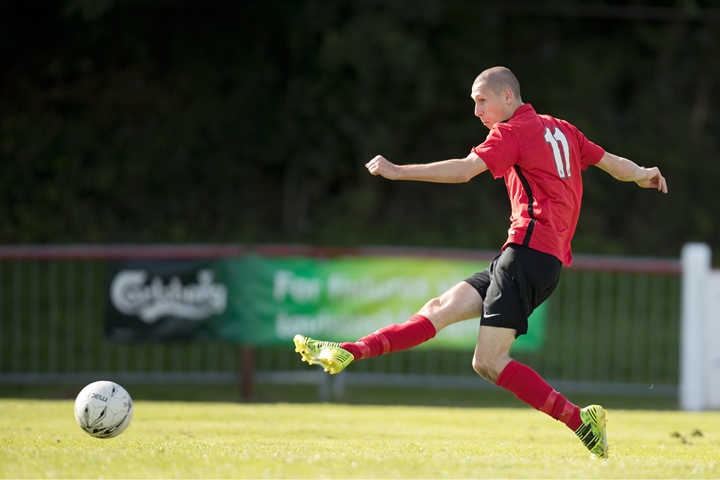 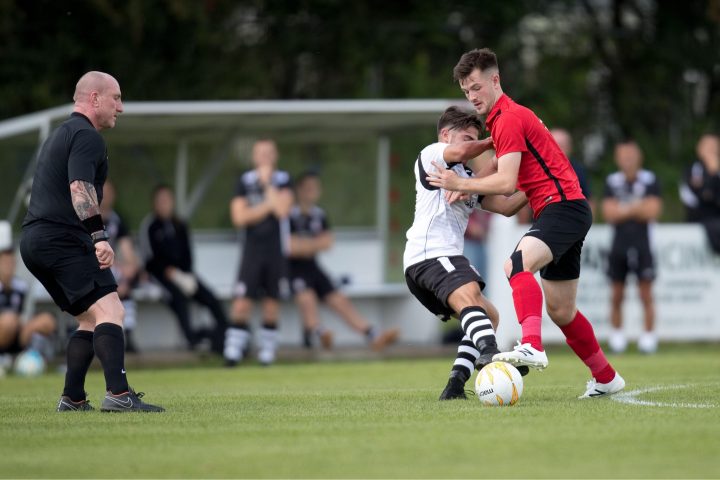 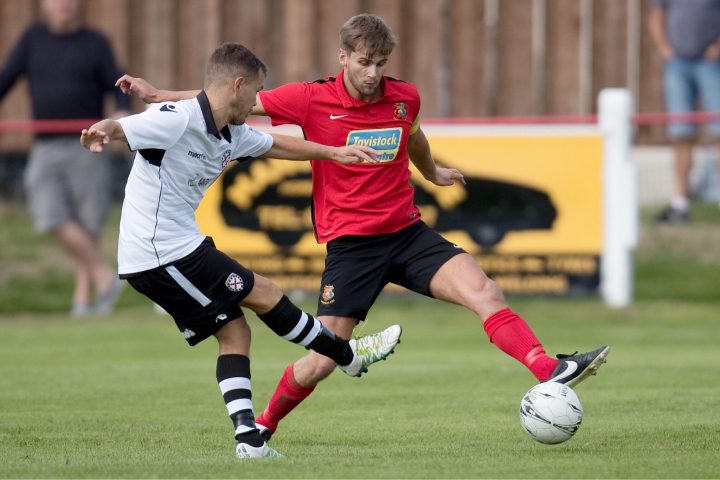 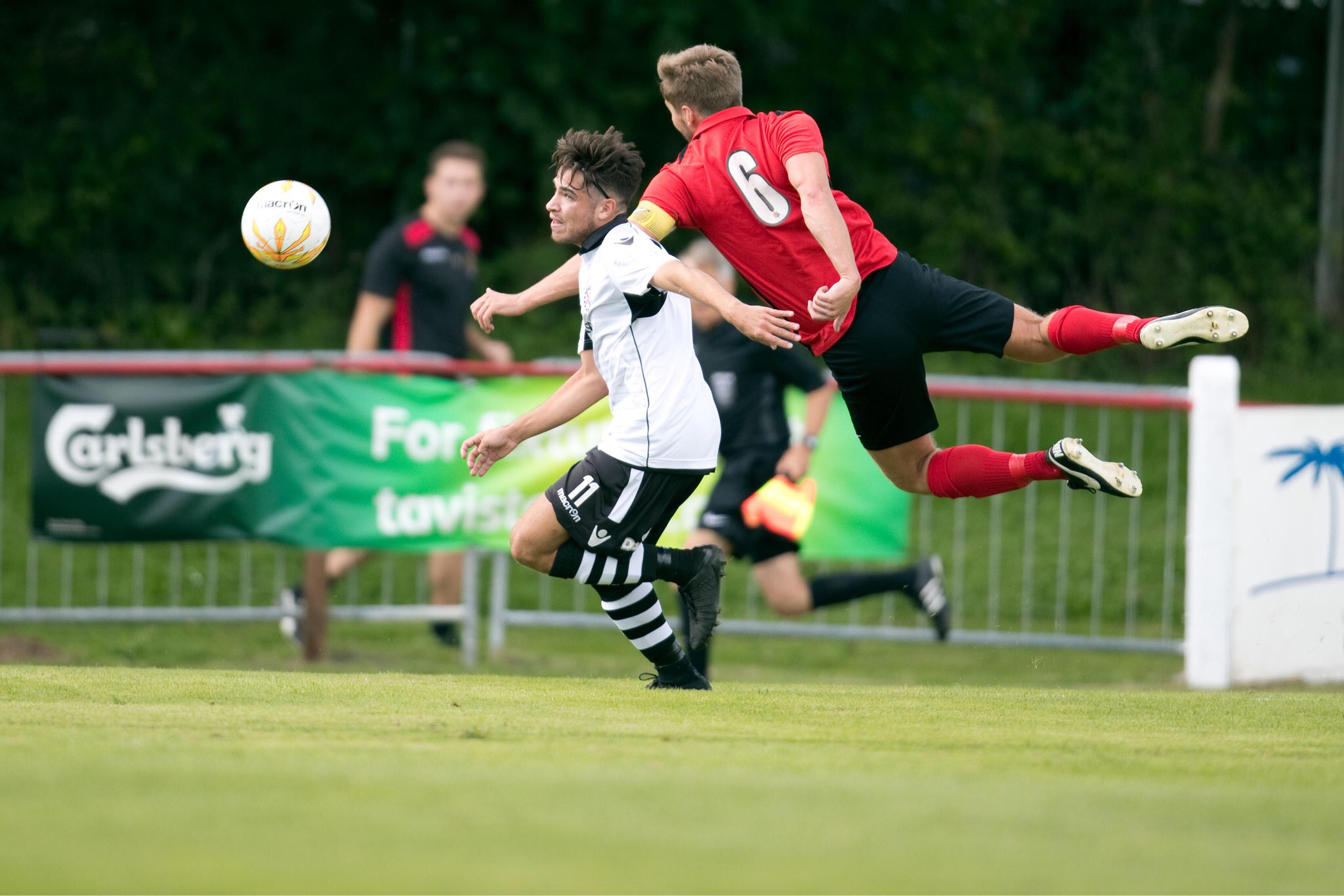 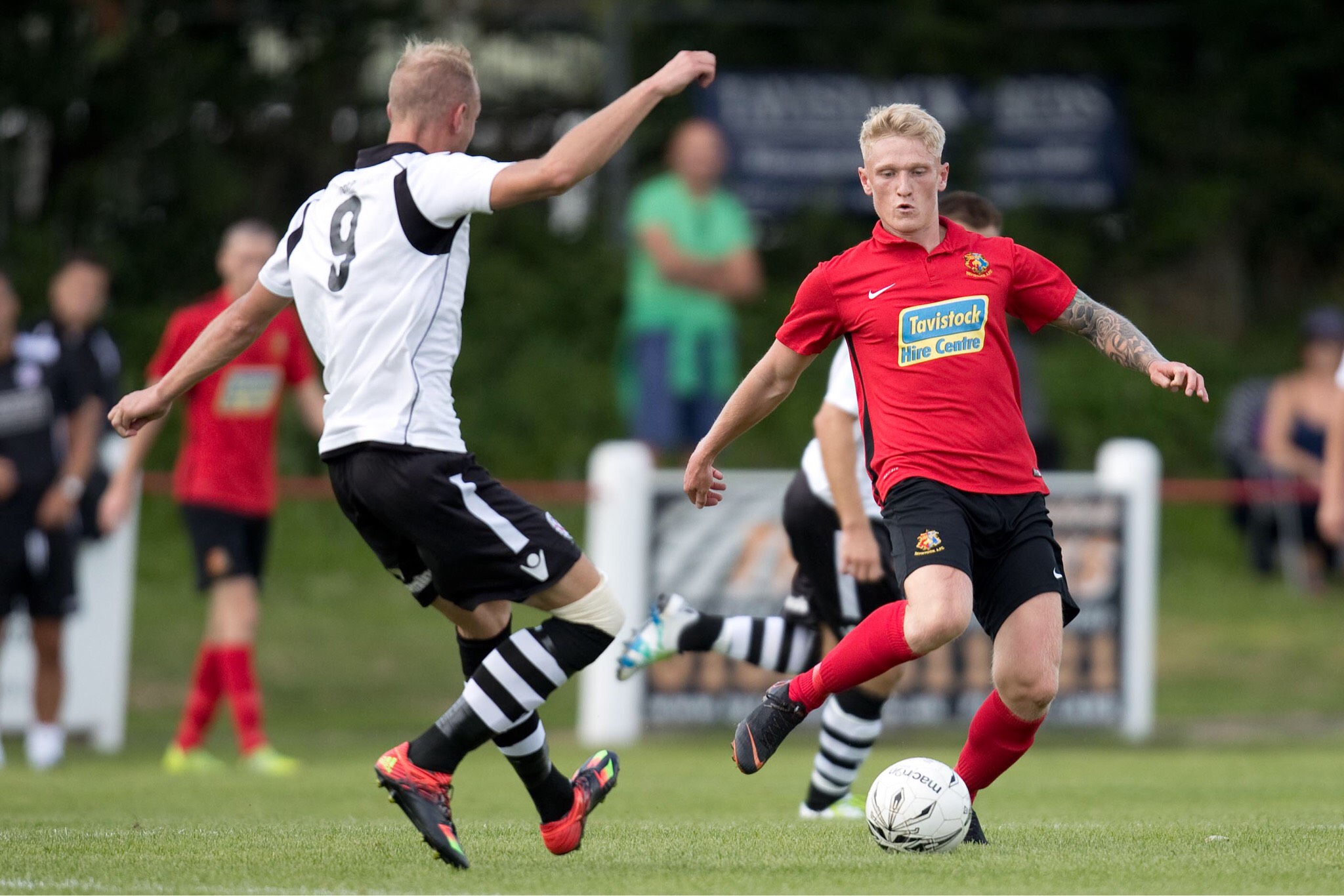 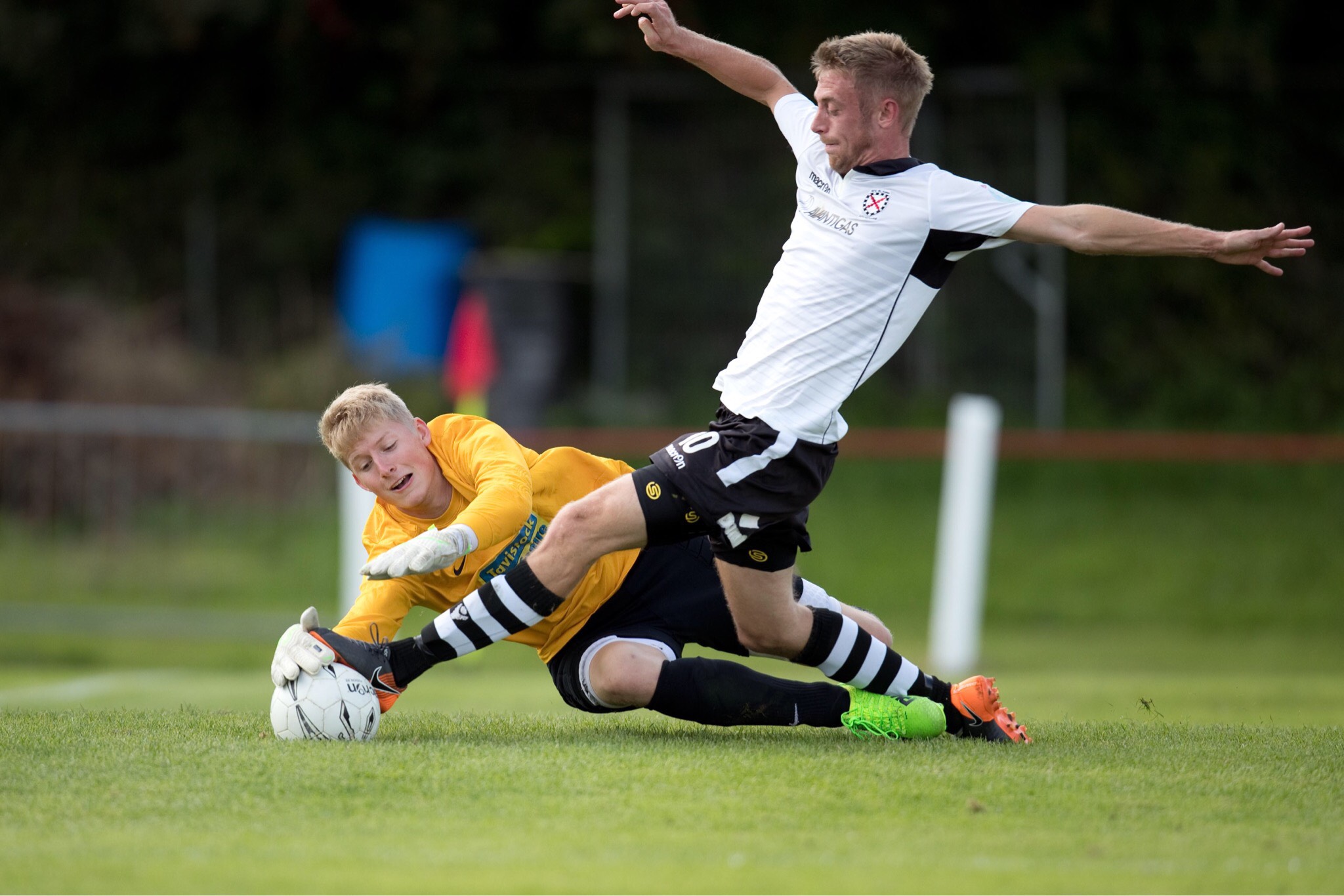 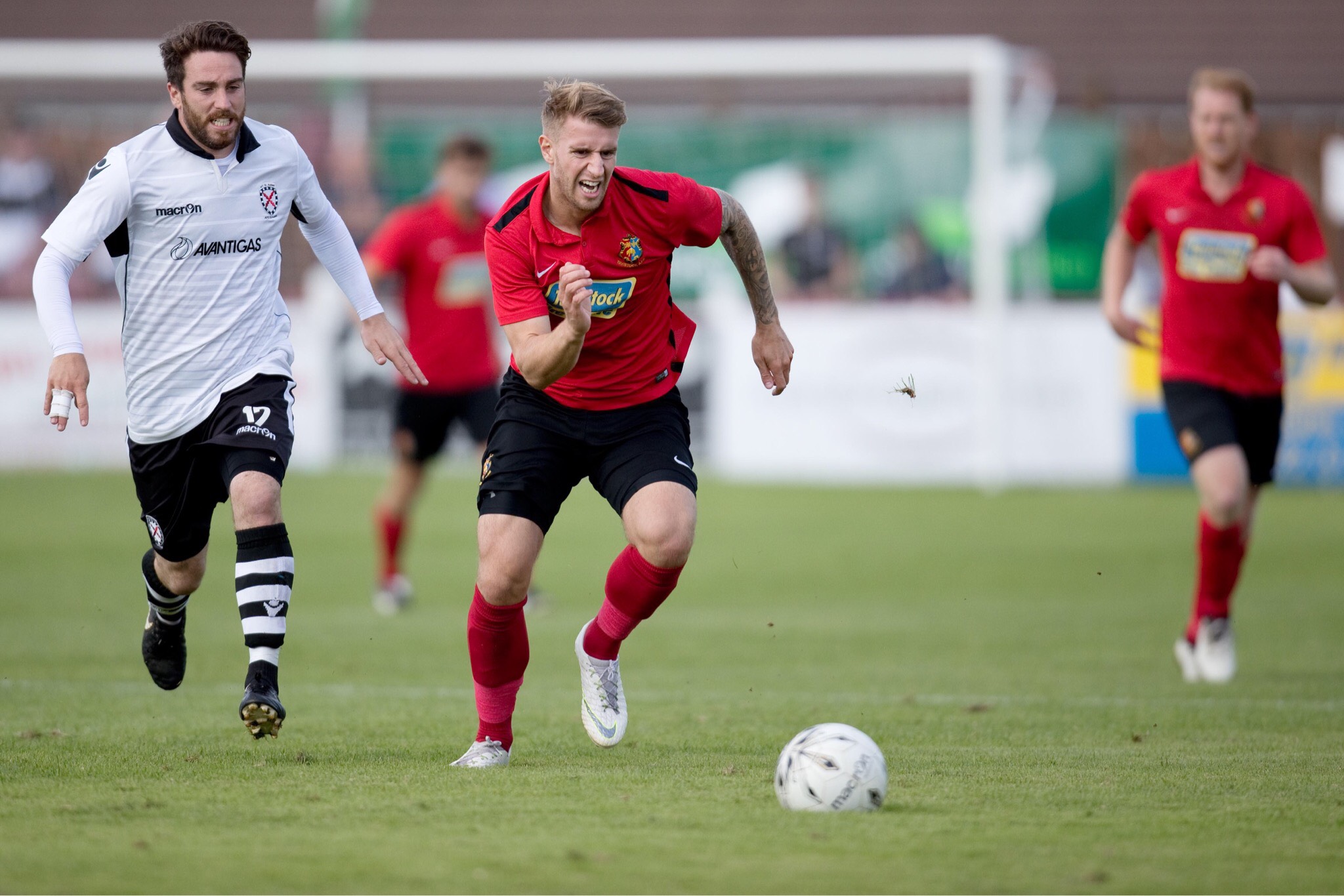 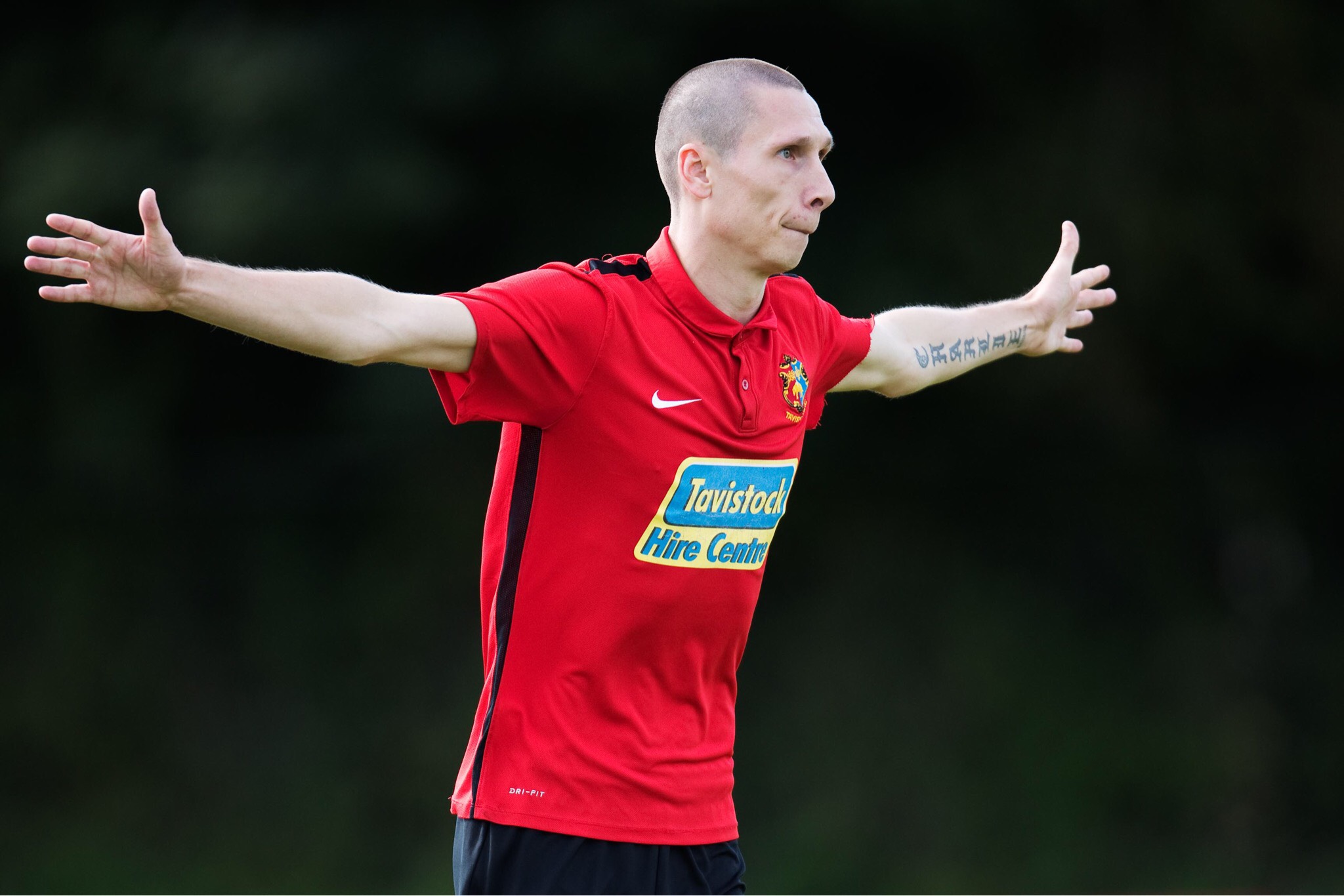 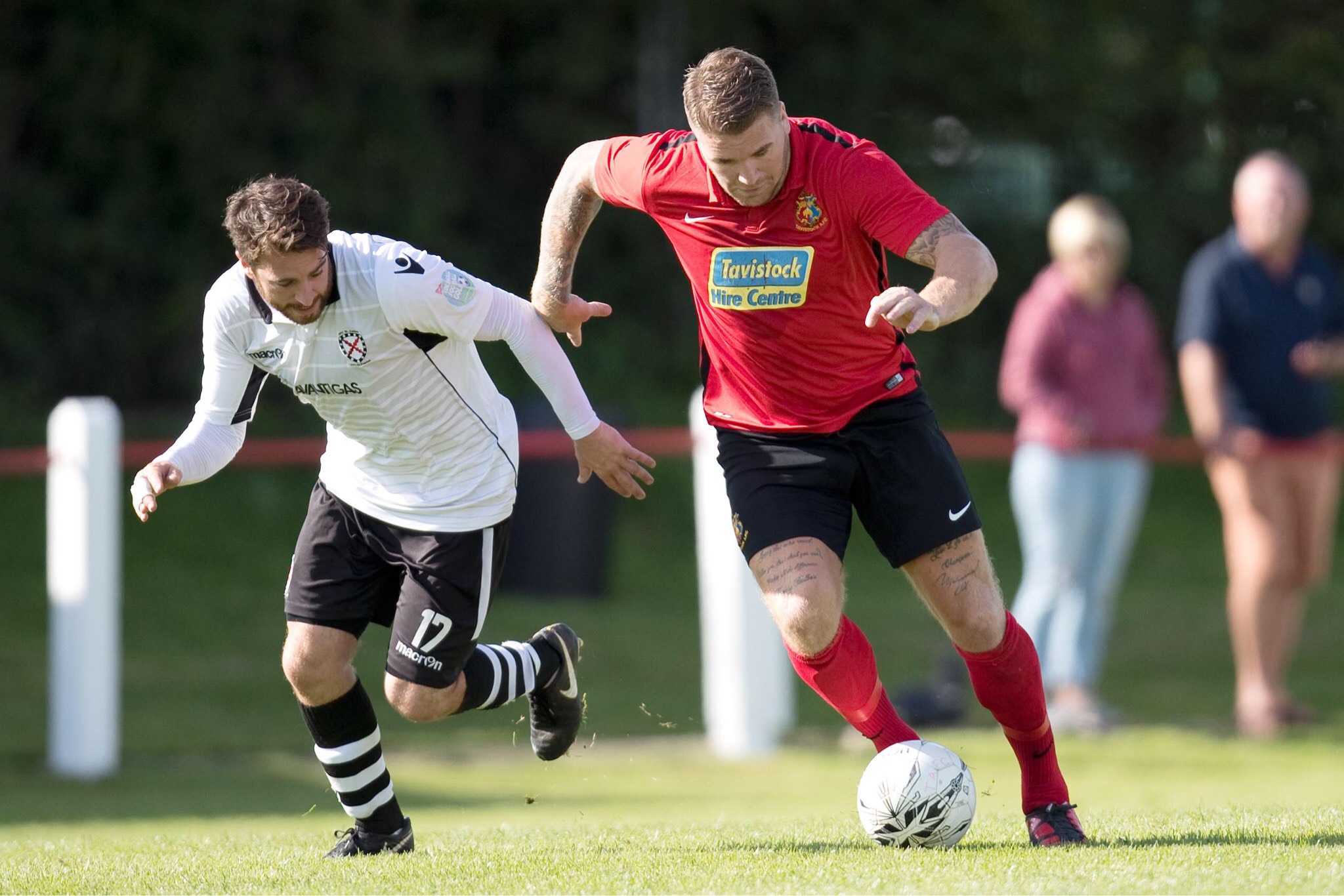 The Lambs produced a magnificent attacking performance to inflict a first defeat on league leaders St Austell. This victory moves the Lambs into the top four in the league table.

The Lambs started the game at a really high tempo, and opened the scoring in the 6th minute, when a fine move saw the cross into the penalty area, Calver’s clearance fell to Tallen Burns, his  shot was handled by Rogers in the penalty area, the referee immediately pointed to the penalty spot. Josh Grant made no mistake as fired the ball low into the corner of the net.

Back came the visitors six minutes later when they produced a fine attacking move which was finished off by Goldsworthy, who slotted the ball home from six yards.

The Lambs regained the advantage in the 24th minute when another terrific passing move opened up the visitors defence, and Liam Prynn’s perfect cross saw Josh Grant flash the ball home from six yards.

Five minutes before the interval St Austell equalised when a good attacking move resulted in Goldsworthy getting his second goal of the afternoon. The score remained level at the interval.

The second half saw the Lambs regain the lead within two minutes, when a top quality passing move saw Josh Grant become provider, when he set up Tallin Burns, who riffled the ball home from fourteen yards. Just two minutes later Josh Robins and Josh Grant combined well to set up Liam Prynn but his fine effort cannoned back off the post and cleared.

The Lambs were now the dominate force and really turning on the style, with St Austell restricted to counter attacks. In one such attack Osborne had to make a fine save to deny Slateford from levelling the scores.

Manager Henderson made a substitution in the 65th minute when Glynn Hobbs replaced the impressive Tallen Burns. Hobbs was soon in the action and showed his class when his wonderful pirouette in the penalty area which left two defenders in his wake, but sadly he dragged his left foot shot inches wide of the target.

In the 78th minute Alex Cairo replaced Liam Prynn, he immediately showed his potential when he saw his fine effort well saved by Elwell.

The Lambs finally got their reward in the 81st minute when they deservedly increased their lead, when another eye catching move saw Tyler Elliot,  who had a fine game in midfield, find Jack Crago