A good sized crowd witnessed a splendid game, between two sides playing high tempo attacking football.
It was the Lambs that opened the scoring in the 6th minute when a fine flowing move resulted in Tyler Elliott providing a cross for Jack Crago to head into Tallan Burns path, who fired the ball home from twelve yards.
Two minutes later Argyle came close to equalising when Battle saw his fine header go wide of the target. Argyle were now having a really good spell but the Lambs defence were in fine form denying them any real openings to level the score.
In the 25th minute Neal Osborn in the home goal made a fine save to deny Ghoulty by pushing his shot away for a corner kick. Bentley then dragged his shot well wide of the target from twenty two yards.
On the half hour the Lambs doubled their advantage when another flowing passing move saw Josh Grant and Tallan Burns exchange passes to create the opening for Glynn Hobbs to fire home from fifteen yards. Two minutes later Argyle keeper Cooper made a fine save to deny Josh Grant. The game continued to flow from end to end, with the Lambs taking their two goal advantage into the interval. 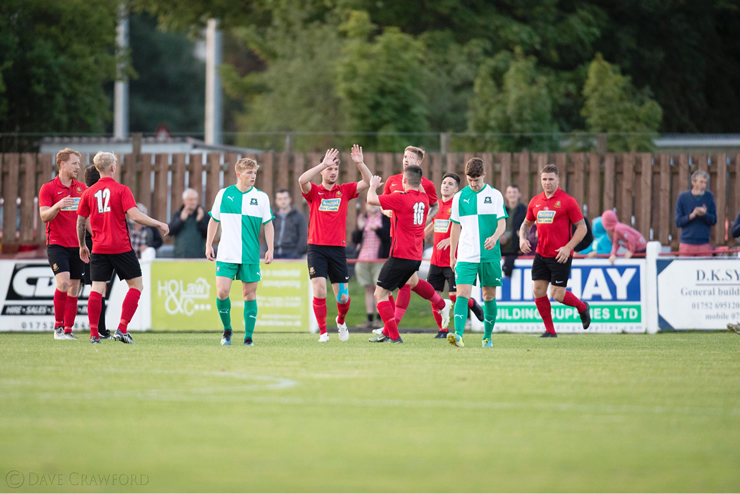 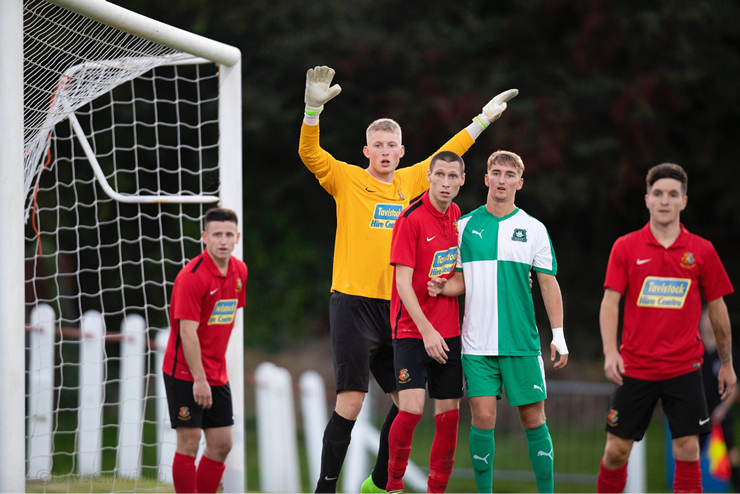 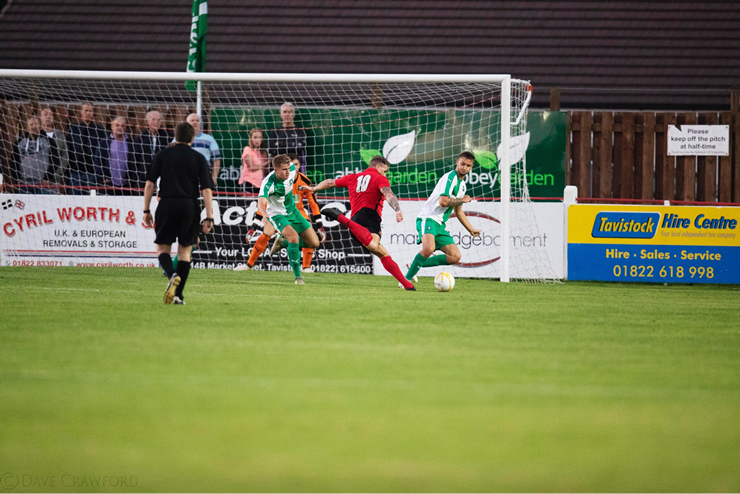 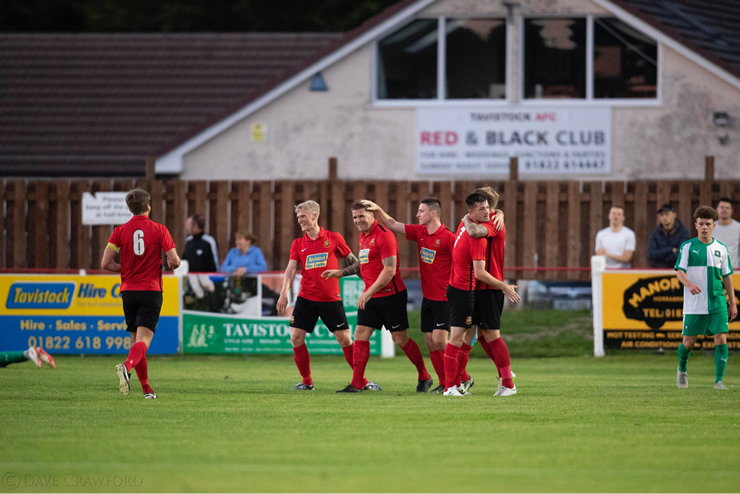 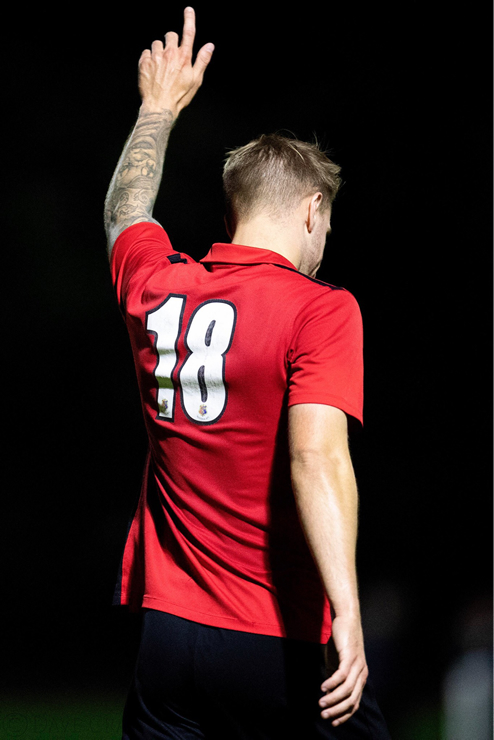 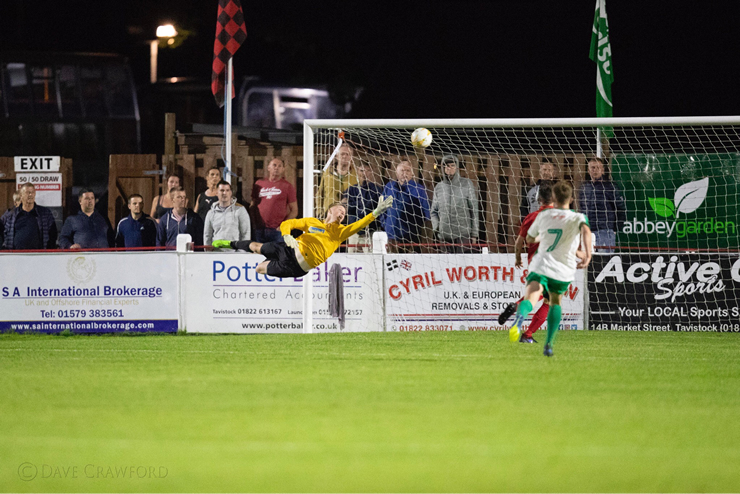 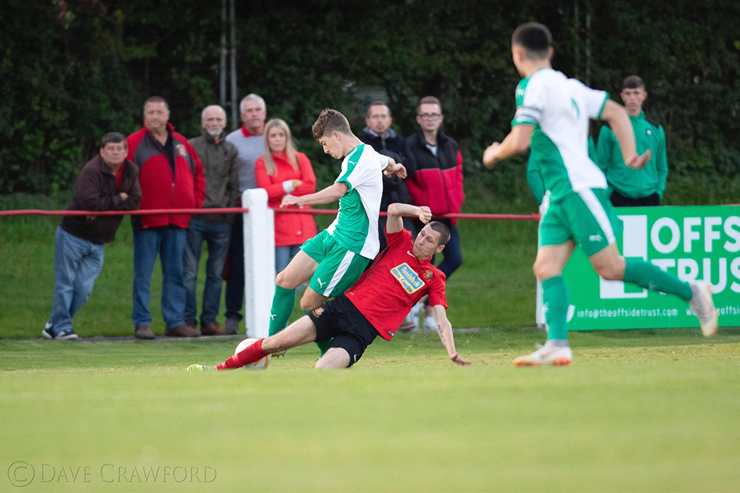 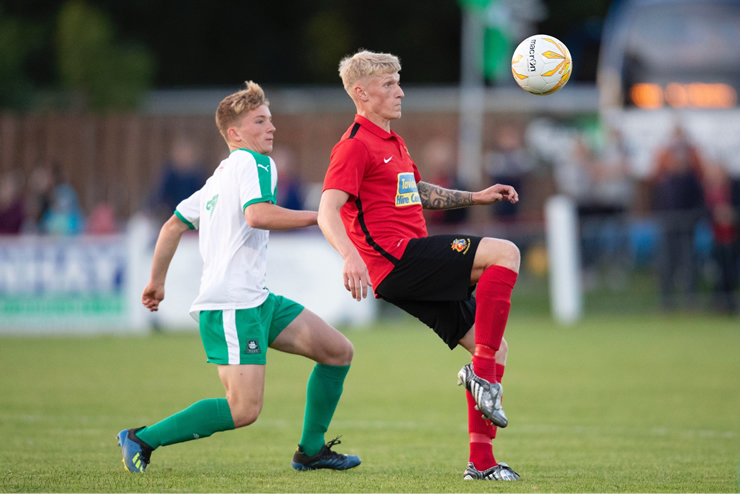 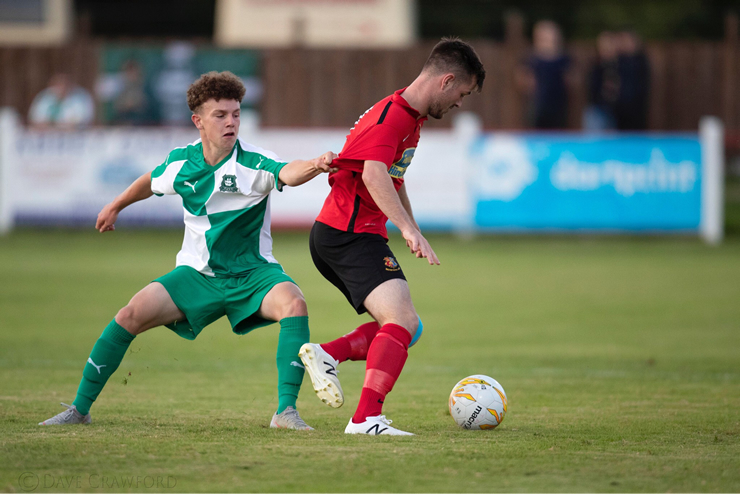 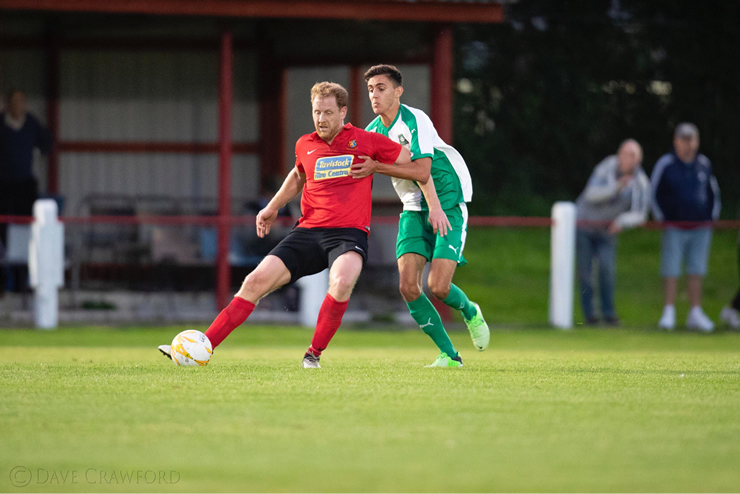 Three minutes into the second half the home team missed a golden opportunity to extend their lead when a terrific through ball put Glynn Hobbs in on goal with only the goalkeeper to beat, but the normally clinical finisher, fired his shot inches wide of the target.
On the hour Argyle had a really good chance to reduce the arrears when from a corner kick Boyd found some space but he put his header over the bar from five yards. Minutes later a fine effort by Tallan Burns was well saved by Cooper. Josh Grant then dragged his shot wide of the target.
With fifteen minutes remaining Manager Stuart Henderson made two substitutions Liam Prynn, and Luke Brown replacing Glynn Hobbs and Tallan Burns.
Argyle were still having an equal share of possession and Battle saw his fierce effort go over the bar.
Then in the 87th minute Argyle were awarded what looked like a dubious penalty, when keeper Neal Osborn was adjudged to have fouled Sangster when diving to collect the ball off the forwards feet. The keeper definitely got the ball but his momentum took him into the path of the forward, who went to the ground rather easily. Fletcher made no mistake as he thundered home the spot kick.
The Lambs now came under increasing pressure as Argyle looked for an equaliser, but the home defence stood firm to deservedly take all three points.
This was a fantastic game of football, two teams that played some splendid attacking football. Everyone of the Lambs team deserve a pat on the back for a great team performance, with a number of outstanding performances. Dan Evans and Warren Daw were magnificent at the heart of the defence. Dave Hallett, Tyler Elliot prompted many of the Lambs attacks. Glynn Hobbs, Jack Crago, and Josh Grant kept the Argyle defence under pressure with their movement and goal threat. Josh Robins had another fine game. Well done to everyone.
This win keeps the team in fourth place in the league table, with games in hand.