The Lambs were without Glynn Hobbs not available, so Liam Prynn led the front line.
The game got off to a fast start with both teams playing some fine football but it was the Lambs who took the lead in the 5th minute when a great passing move saw the ball find Josh Robins on the left flank, he glided past two defenders, before providing the perfect cross for Liam Prynn to fire home from five yards. 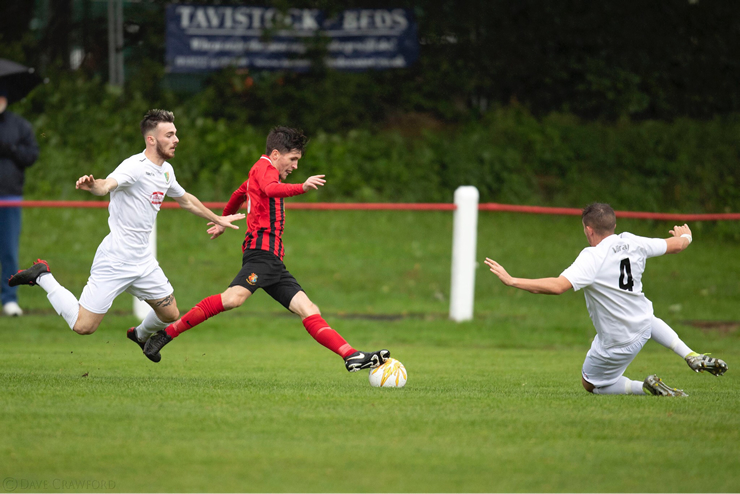 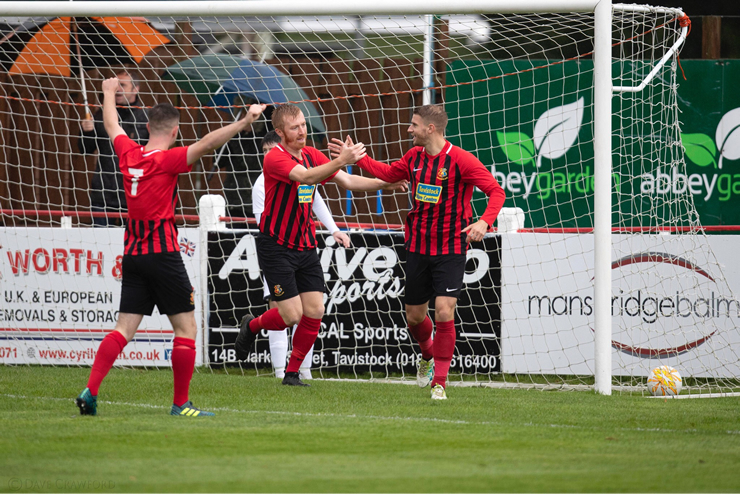 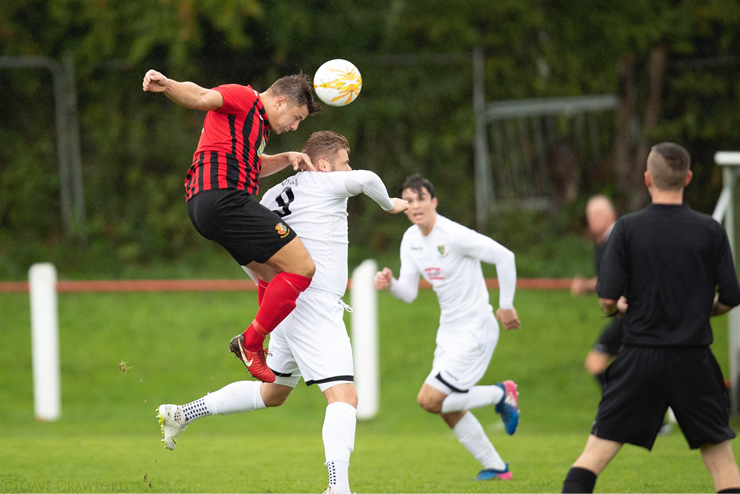 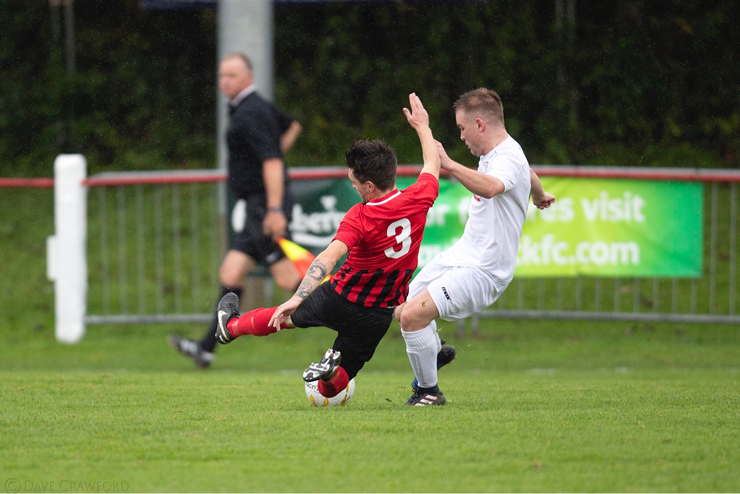 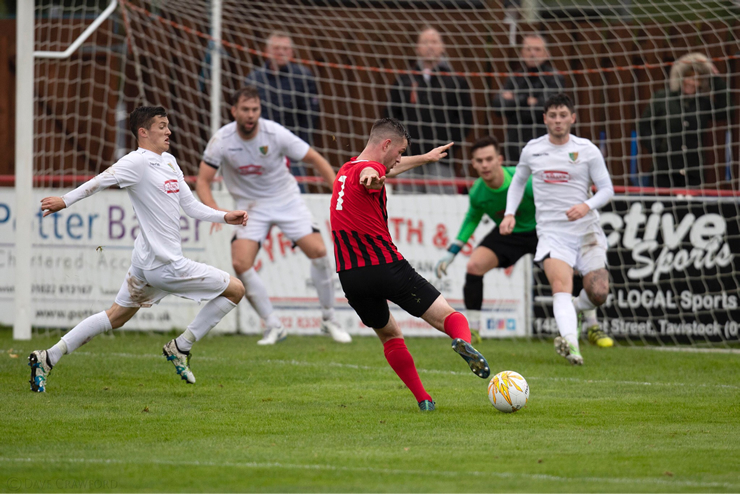 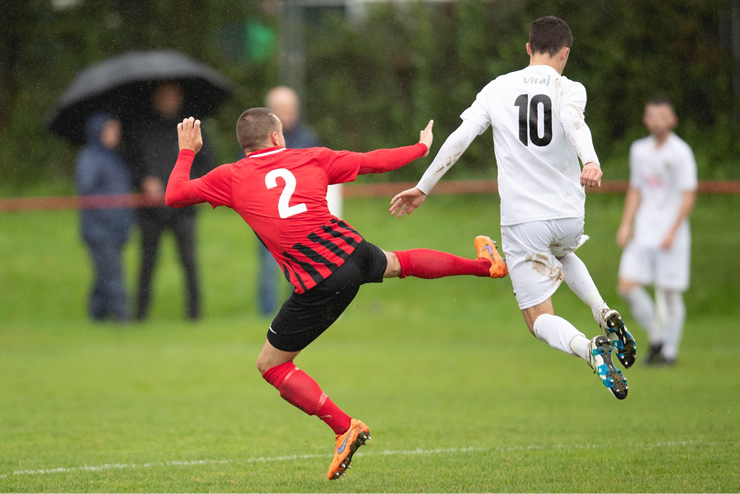 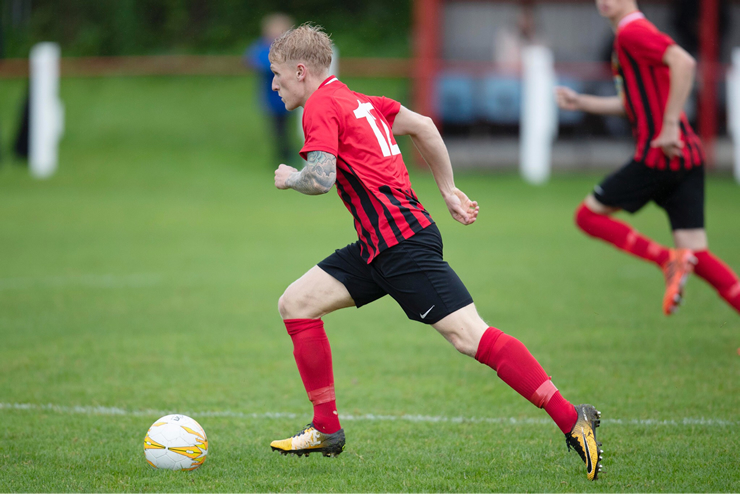 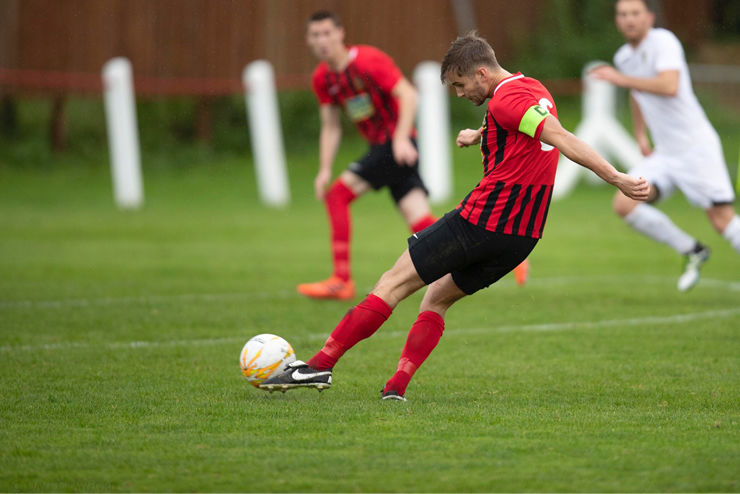 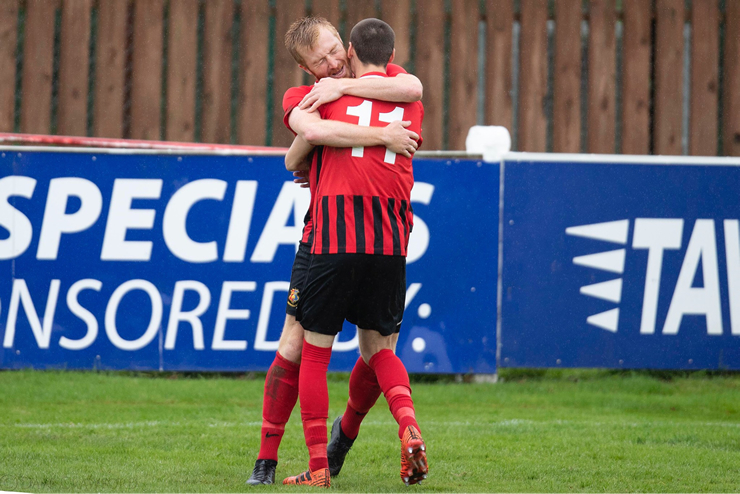 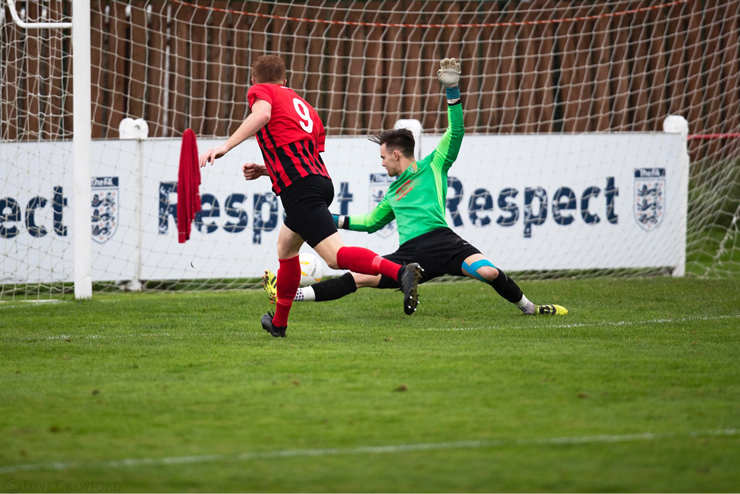 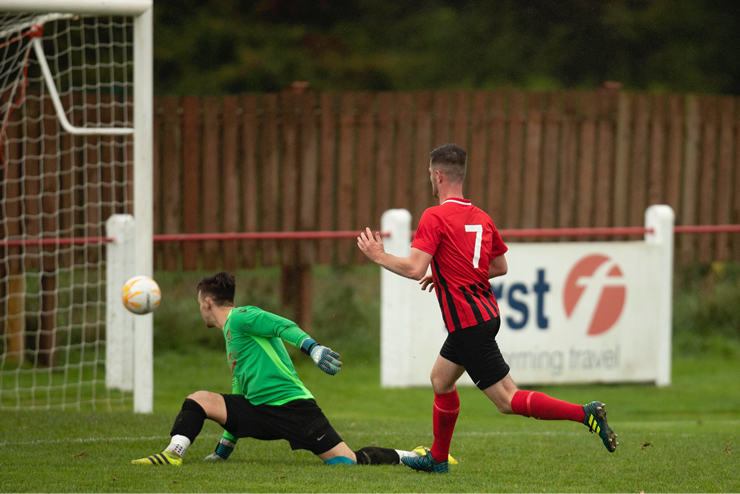 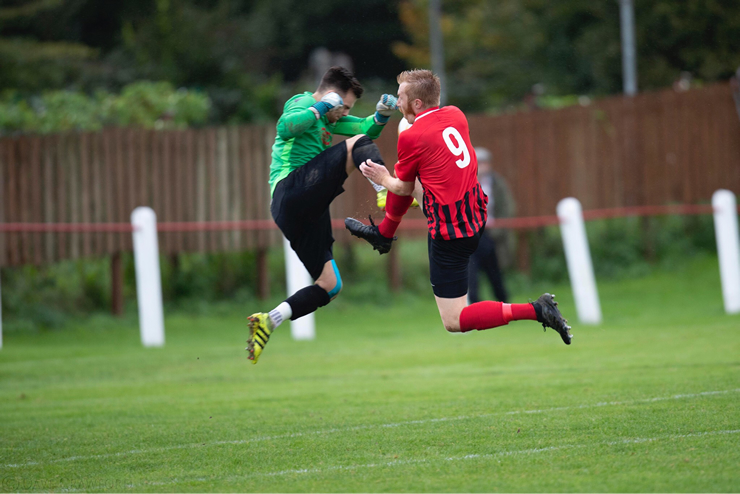 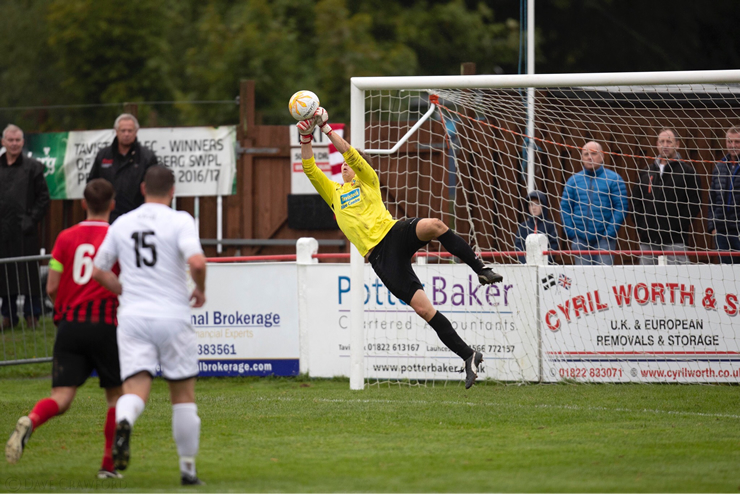 Three minutes later another fine move saw a Josh Grant effort scrambled away for a corner kick. The Lambs precise passing was causing the Bodmin defence all sorts of problems, this resulted in the home team, doubling their lead in the 18th minute, when the lively Liam Prynn was brought down in the penalty area. The referee had no hesitation in pointing to the penalty spot. Josh Grant made no mistake as he riffled the ball home.
The home team continued to have the better of the exchanges, and it was only a last ditch clearance by Kelly, that denied Liam Prynn from scoring.
Then completely against the run of play Bodmin reduced the arrears, when Brokenshire unleashed an unstoppable shot low into the corner of the net, from twenty three yards.
The Lambs then turned on the style and both Tallan Burns and Josh Grant went close before regaining their two goal advantage. In the 38th minute Liam Prynn became provider when he played the perfect through ball for Tallan Burns to fire home.
Harvey in the Bodmin goal then made two fine saves to deny both Tyler Elliot and Josh Grant from scoring.
The Lambs had the ball in the net again in the opening minutes of the second half, but Josh Grant was adjudged to be off side. The home team then had a setback when star defender Dan Evans was injured. This meant Dave Hallett moving to centre back and Reece Shanley coming on to take his place in midfield.
The home team increased their lead in the 58th minute when another expansive move involving four players saw the ball find Josh Grant his powerful cross into the six yard box, resulted in a defender, trying to deny the ball reaching the on rushing Jack Crago, could only turn the ball into his own net.
Four minutes later it was five, when a great defence splitting pass from Tyler Elliot put Liam Pryn in on goal, he calmly fired home with aplomb. Bodmin’s Steer then shot just wide of the target.
In the 70th minute the home team made it six, when another fine move saw Josh Grant provide the perfect pass for Liam Prynn to slot the ball home to complete his hat trick.
It was that man Prynn who became provider when his perfect pass found Tallan Burns, who calmly slotted the ball home to make it seven.
Bodmin made a couple of substitutions and never gave up and forced Josh Oak to make two very good saves to deny them from reducing the arrears but the Lambs saw the game out to record a fantastic victory.
A magnificent all round team performance, producing a stunning attacking display. This is the biggest defeat inflicted on Bodmin in the history of the SW Peninsula League history.
Everyone deserves a big pat on the back, but the Man of the match must go too Liam Prynn who scored a hat trick, and lead the attack with great pace and movement.
However the team must keep their feet on the ground, because nothing is won at this stage of the season, it’s all about maintaining this level performance consistently throughout the season that will be the deciding factor.