The Lambs continue to be hit by injuries with Dan Evans joining Atef Toujani, and Lewis Daw on the long term injury list. Striker Glynn Hobbs has left the club, joining Bodmin Town.
Launceston started brightly with both teams playing attractive football. Both Josh Robins and Josh Grant went close with fine efforts. Back came the hosts and almost took the lead in the 15th minute when a terrific shot from Steele cannoned back off the far post to safety.
Two minutes later the Lambs took the lead when a fine move resulted in Jack Crago’ s fierce shot taking a slight deflection off a defender before flashing past keeper Colwell into the net.
From this point on, the Lambs took control and created several chances, first a really fine effort from Luke Brown was brilliantly saved by Colwell. The keeper came to the host’s rescue again making a fine save to deny Jack Crago from scoring. 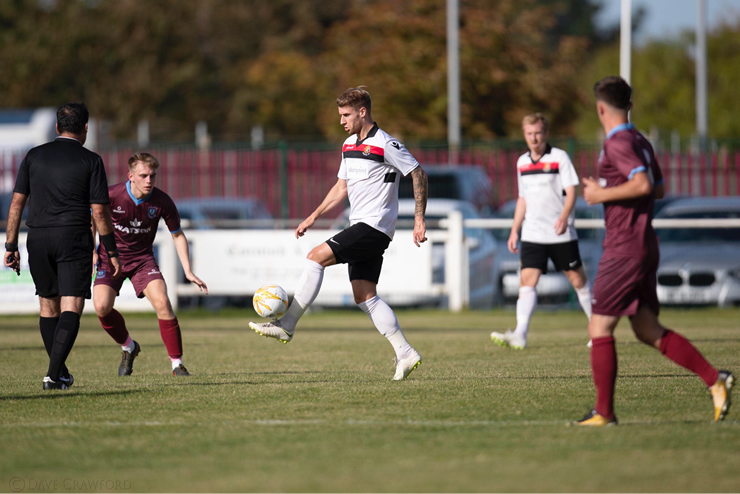 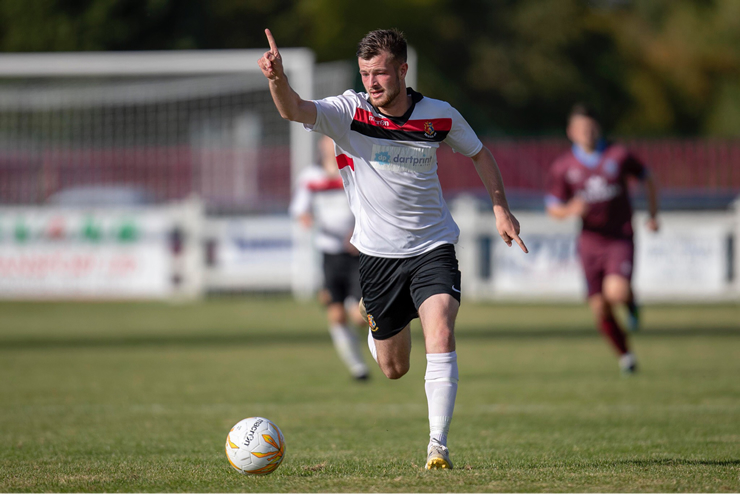 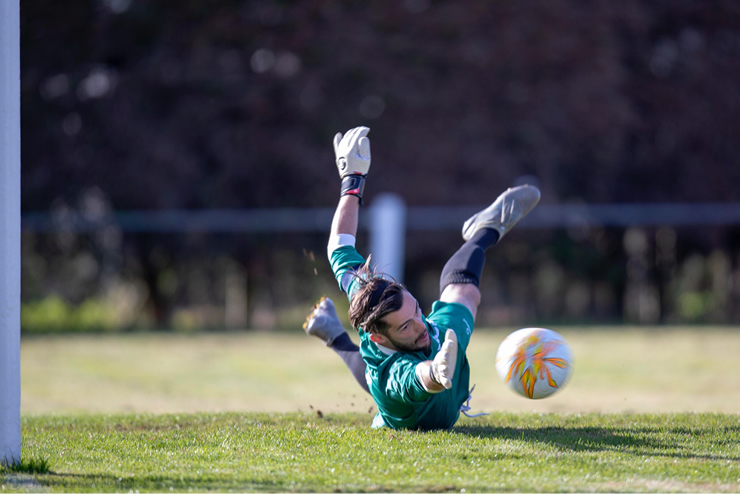 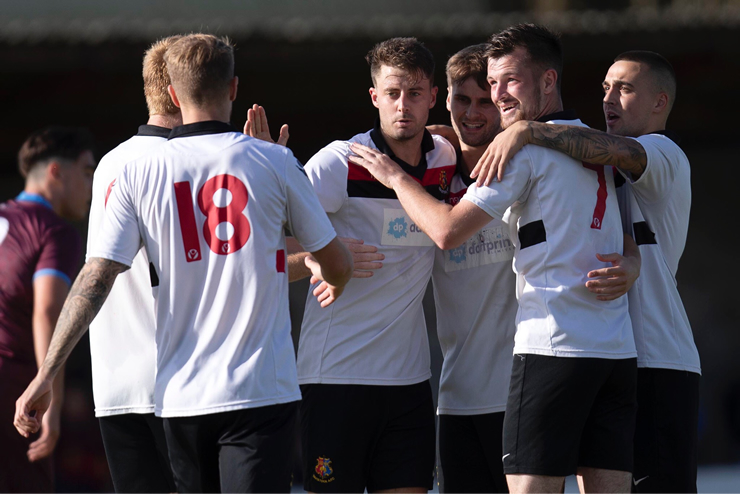 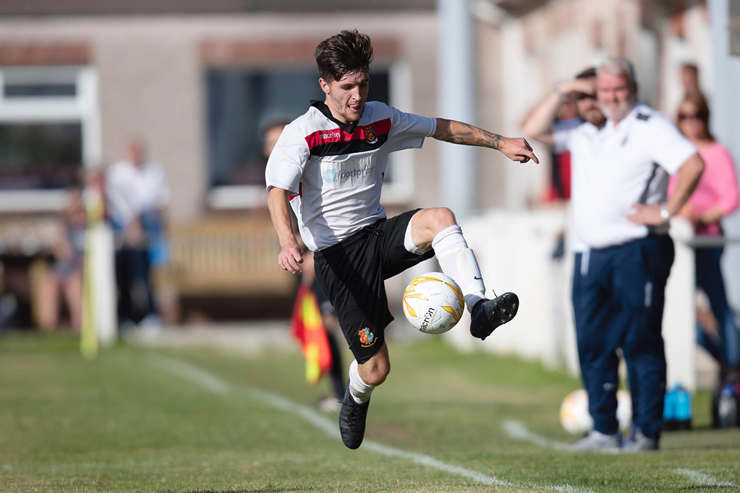 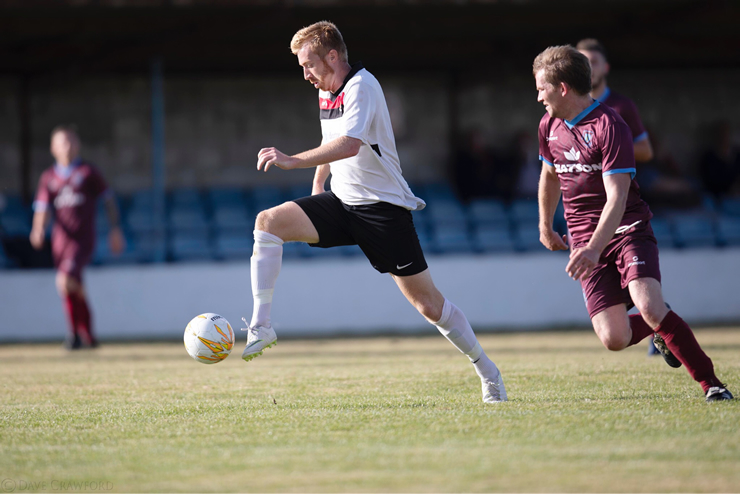 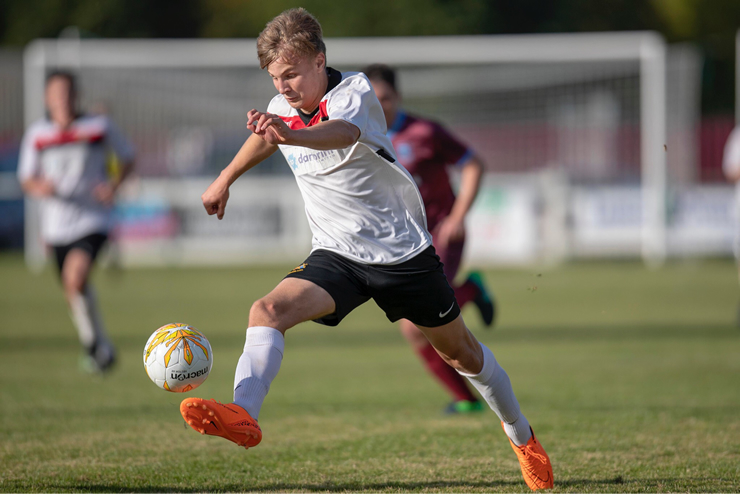 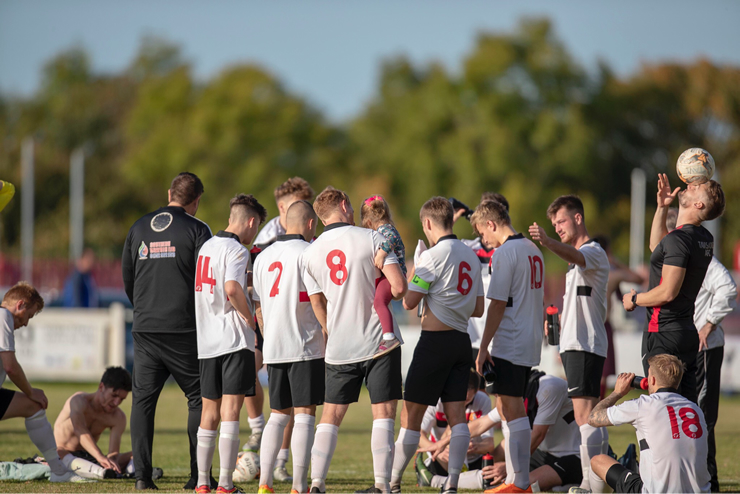 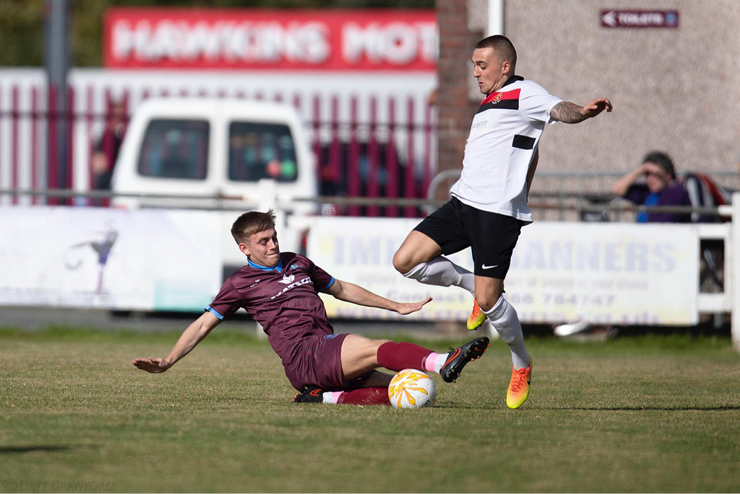 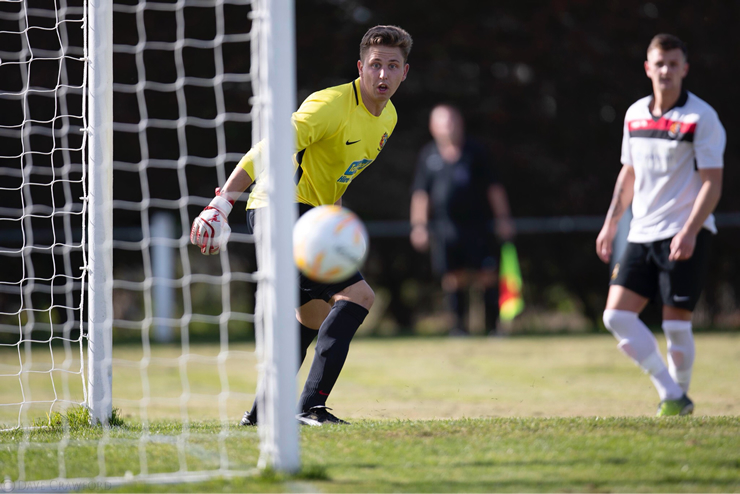 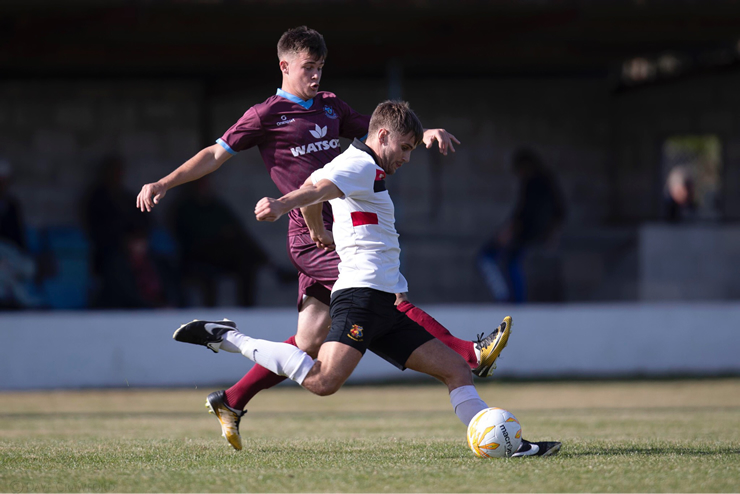 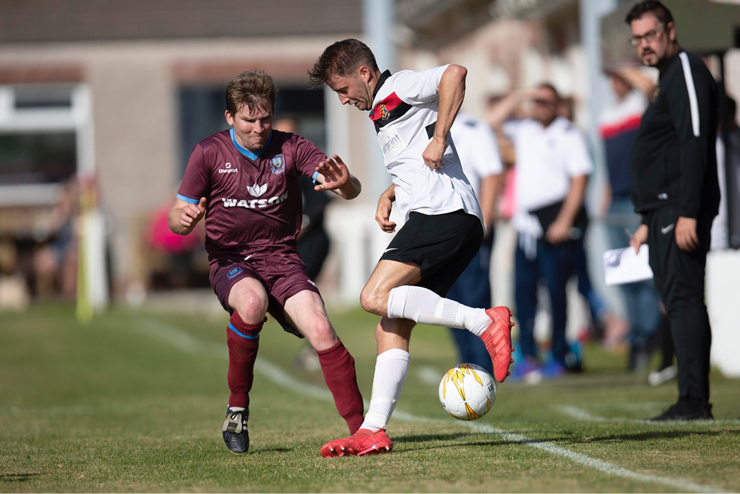 On the half hour the Lambs deservedly doubled their advantage when another great passing move involving Liam Prynn and Luke Brown saw the later provide the perfect cross for Josh Grant to fire home from fifteen yards.
The visitors had the ball in the net again three minutes later, but it was ruled out, as Josh Grant was adjudged to have handled the ball, before firing the ball home. The Lambs came close with two more fine efforts but were denied by Colwell, so the remained 0-2 at the interval.
It took just six minutes into the second half for the Lambs to add to their goal tally when another terrific passing move saw Josh Grant find Luke Brown, who flashed the ball home from eighteen yards. Minutes later the Lambs increased their advantage to four when another great move resulted in Josh Robins gliding past two defenders before providing a perfect pass for Liam Prynn to slide the ball home from close range.
On the hour a great through ball saw Liam Prynn with his blisteringly pace, outpace the home defence, and calmly fire the ball home to make it five.
The visitors were now in complete control, dominating possession, with the home team limited to the odd counter attack. Launceston tried the hardest but never really looked like creating chances against the visitors tight defensive unit.
Manager Stuart Henderson then made some substitutions with Reece Shanley and Sam Clifton, replacing Luke Brown and Tallan Burns.
Liam Prynn then outpaced the home defence again, but this time he was denied by a brilliant save by Colwill to deny him from scoring a hat trick. Bailey Williams then replaced him for the last fifteen minutes.
Both Bailey Williams and Josh Grant went close with fine efforts in the dying minutes as the Lambs recorded another fine victory.
This was another fine team performance, against a team that recorded a fine victory when they visited third placed Falmouth Town last time out. If the team can maintain this high standard of performance, then they will be in the mix for the title at the end of the season. Several contenders once again for the man of the match, but it goes to the man who prompted numerous moves from midfield, Dave Hallett.