Langsford Park was looking in fine shape for this cup tie. It was testimony to the efforts of groundsman Richard Daw and his assistant Derek Pethick as Richard received a Budweiser sponsored groundsman award from Dave Richardson of the Devon F A.
The Lambs were severely depleted with long term injured Ben Cross, Lewis Daw, Dan Evans and Reece Shanley, absent Dave Hallett and Tallon Burns, suspended Josh Robbins and Bailey Williams away with the Devon Youth side.
Tyler Elliott returned, Calum Hall was drafted in from Tiverton and Sam Clifton was rewarded with a start to the line up. Atef Toujani returned from injury with reserves Brad Robbins and James Desforges to sit on the bench. 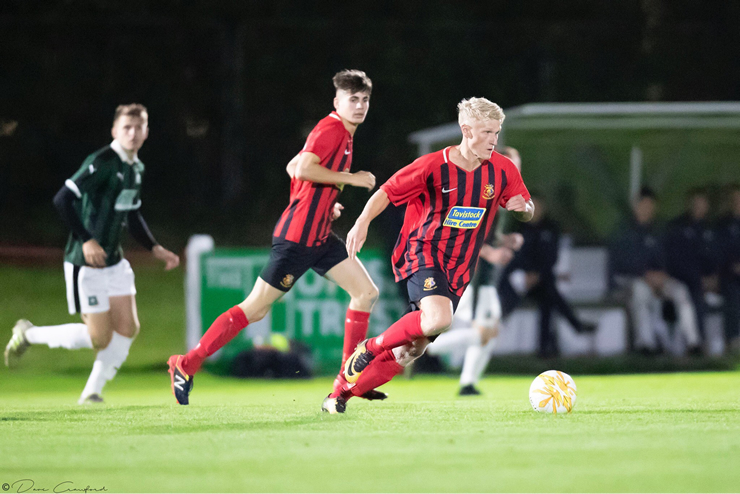 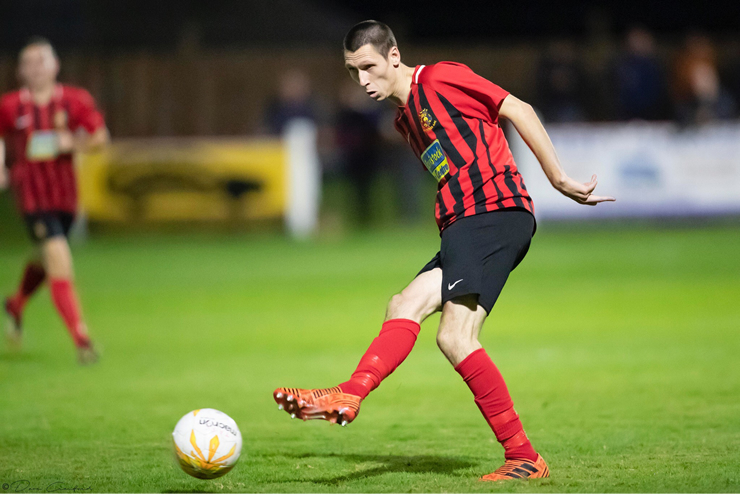 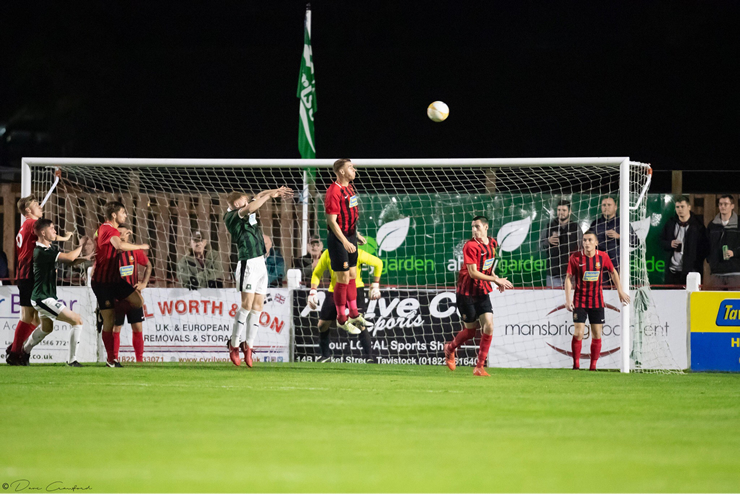 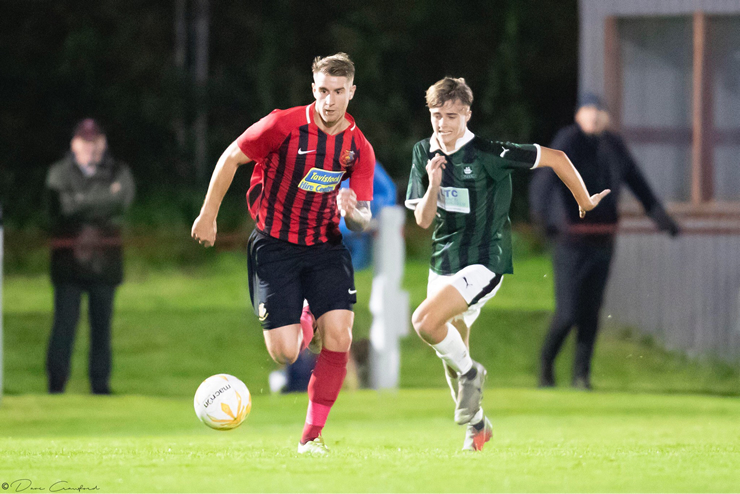 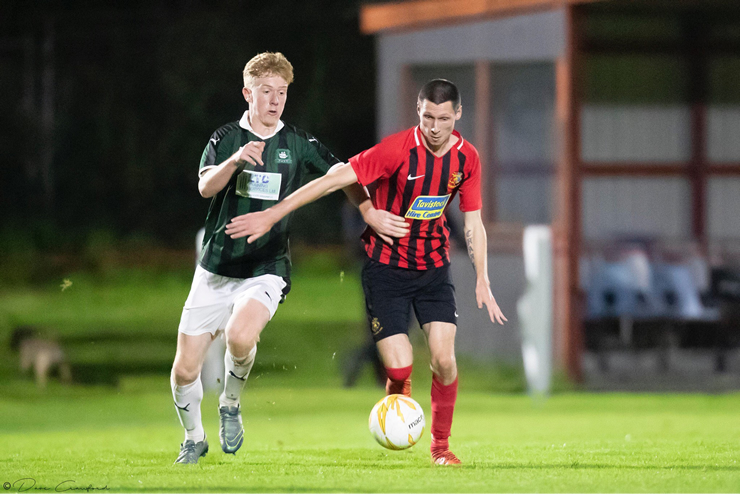 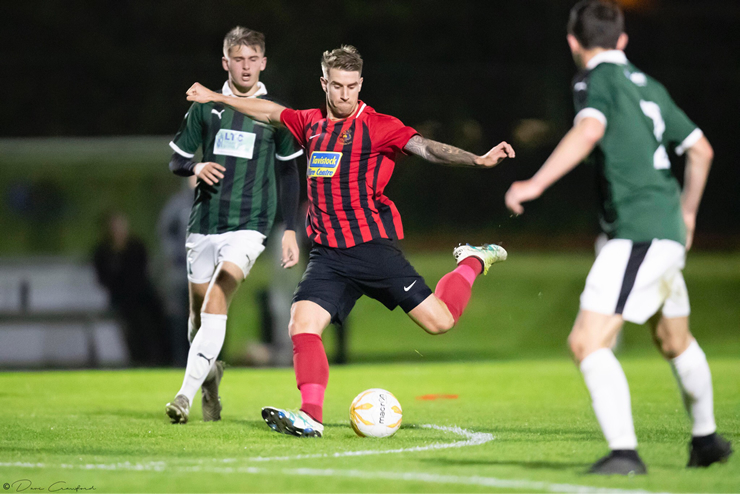 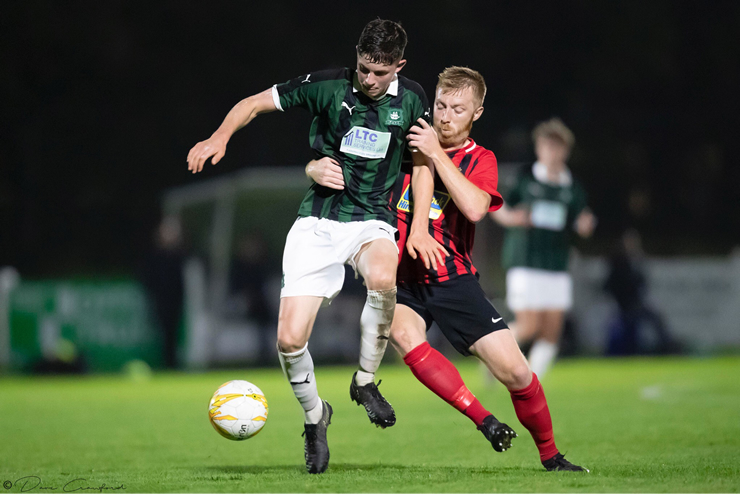 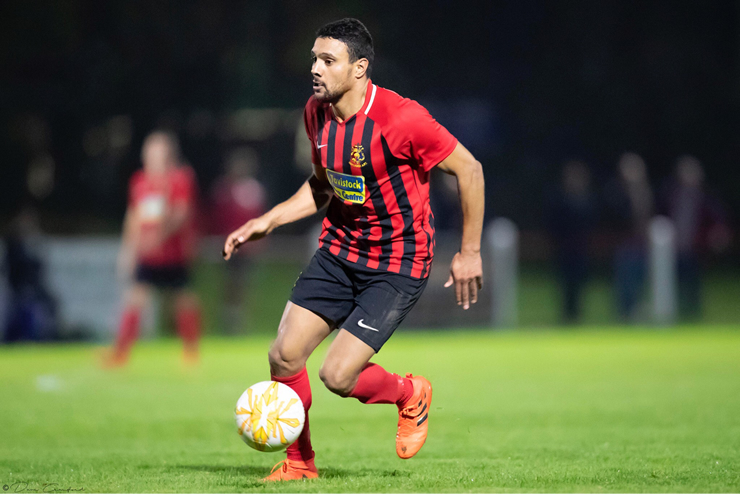 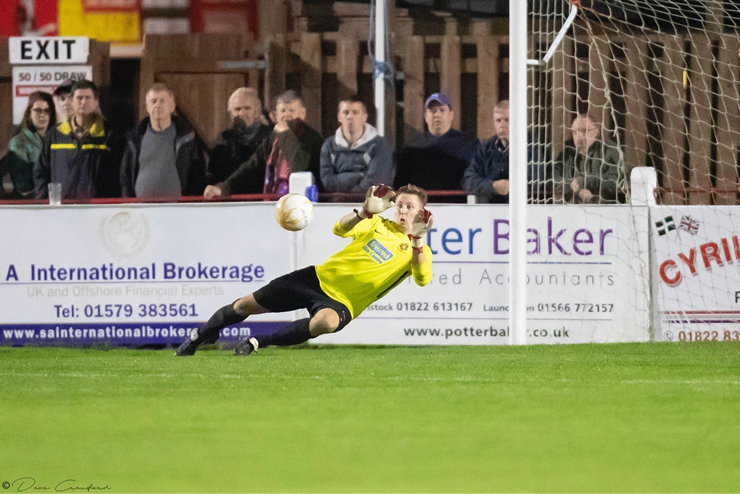 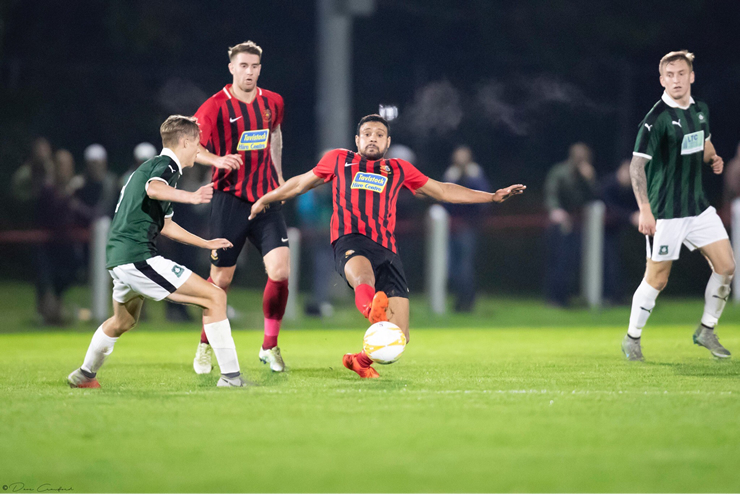 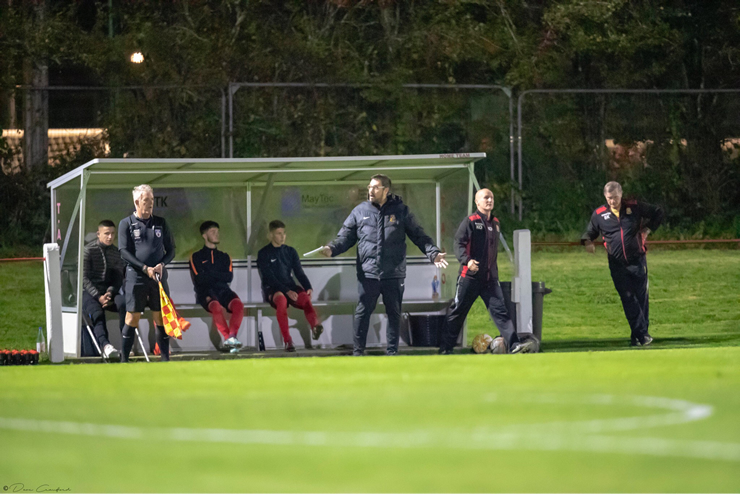 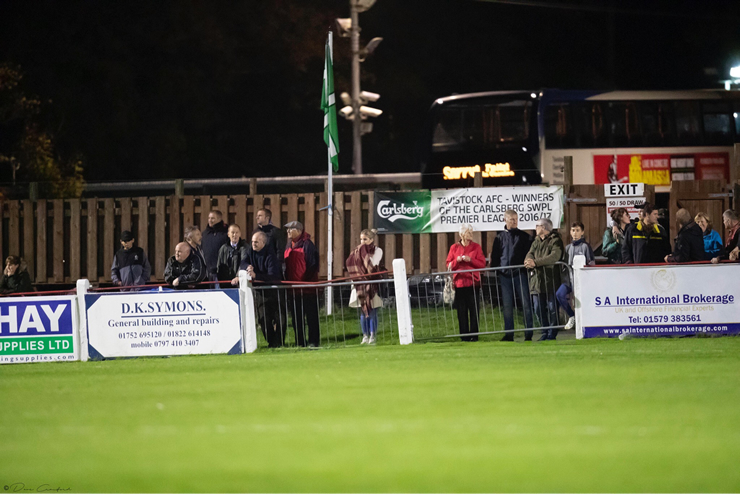 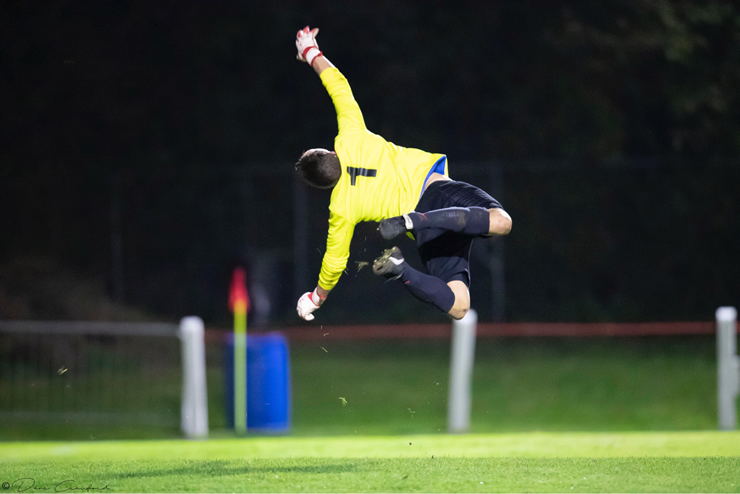 Argyle put out a strong side with several players having had first team experience. Front man Calum Dyson hit the upright after 15 mins and the rebound was off target with an offside flag.
Minutes later it was one nil to the visitors as good work down the left flank saw Dyson scoring from close range. Lambs keeper Josh Oak then made a great save from Alex Battle before Argyle increased their lead on the half hour mark. A poor ball out of defence fell to the feet of Tom Purrington to stride forward and send in a low shot and despite Oak getting a hand to it the ball flew up and into the net.
Oak saved again before the Lambs had a great chance to get back into the game, Jack Crago’s run put Luke Brown in with a chance but his curling left foot shot lacked power and direction as it sailed past both upright and crossbar.
Minutes later another chance went begging as midfield and forwards combined but Crago just failed to make connection.
Argyle were having the greater of possession in the first half and went even further ahead on 40 minutes. Battle’s first time cross was met by Dyson to head home powerfully giving Oak no chance.

Toujani replaced Clifton at the start of the second half. The Lambs came more into the game and another great chance went begging, Brown’s run down the by line allowed Crago to set up Toujani in front of goal but somehow blasted over when well placed. Crago then shot over the bar, Josh Grant had a couple of attempts but shot at the keeper.
The lambs finally got on the score sheet with 12 minutes remaining. Crago’s run down the by line into the area saw him clipped in the area and Grant slotted home from the resultant penalty. Oak was having a great game as he saved from Ainsworth in a one on one situation. Crago then saw his effort tipped onto the bar by Cooper and Oak was at it again twice thwarting the Argyle forwards with fine saves.
A disappointing night for the Lambs, despite many regulars missing they all put in a shift against a strong Argyle side.