The Lambs progressed to the next qualifying round of the F. A .Vase with an efficient performance, although not at their best, they still had more than enough to defeat a hardworking, energetic Helston team
The home team were on the front foot from the off and were denied taking the lead in the 14th minute when a great run by Jack Crago, saw him glide pass three defenders, but his fierce shot from ten yards was brilliantly saved by Wyatt in the visitors goal.
Minutes later he made another fine save turning a shot from Tyler Elliot away for a corner kick. 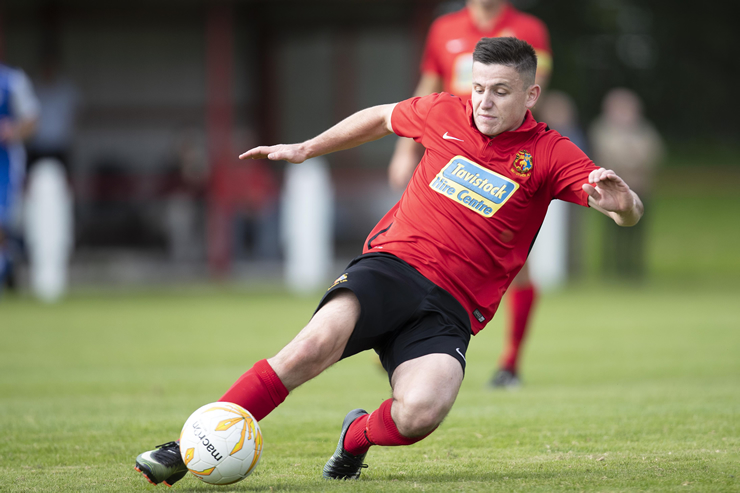 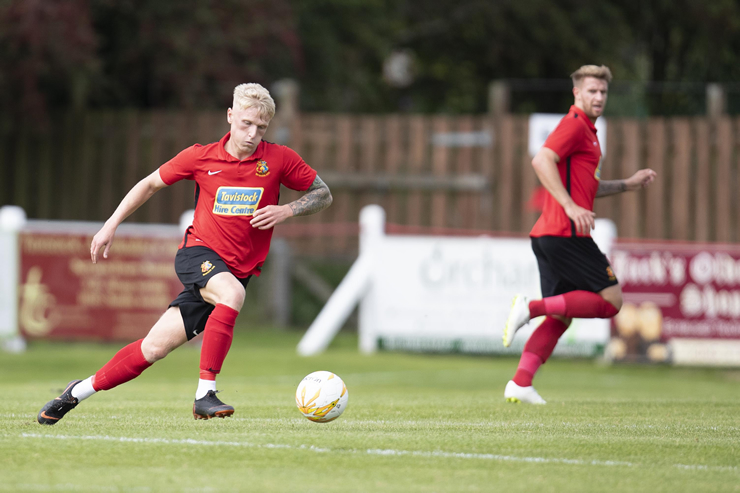 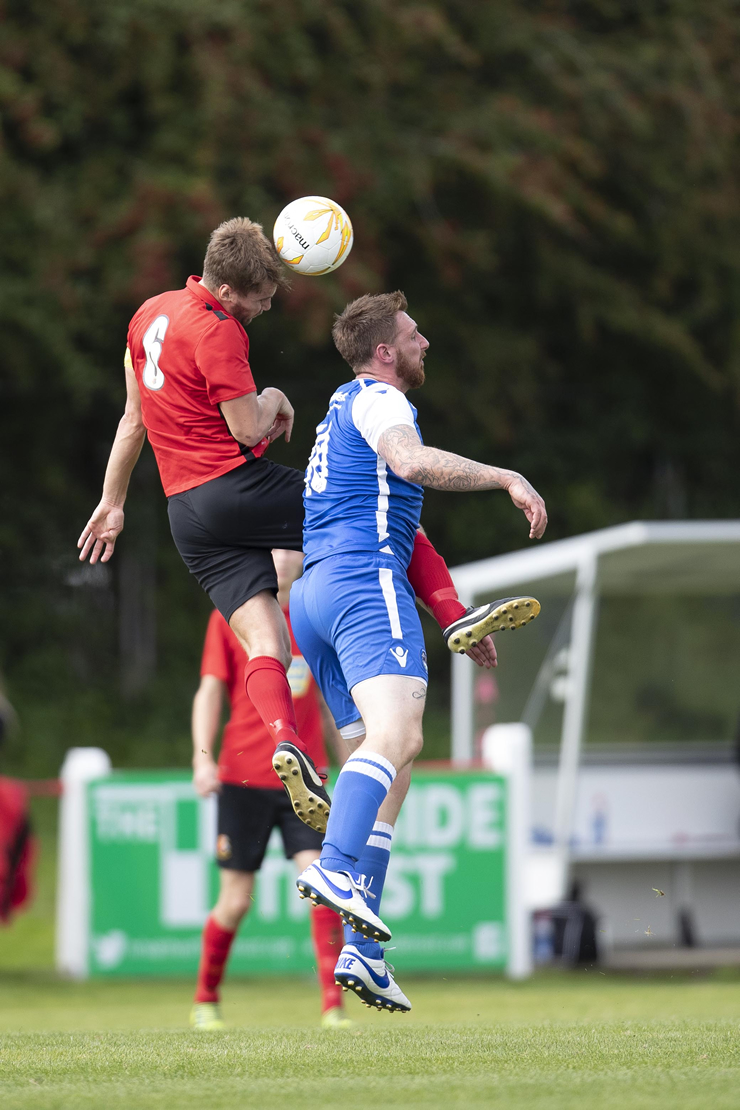 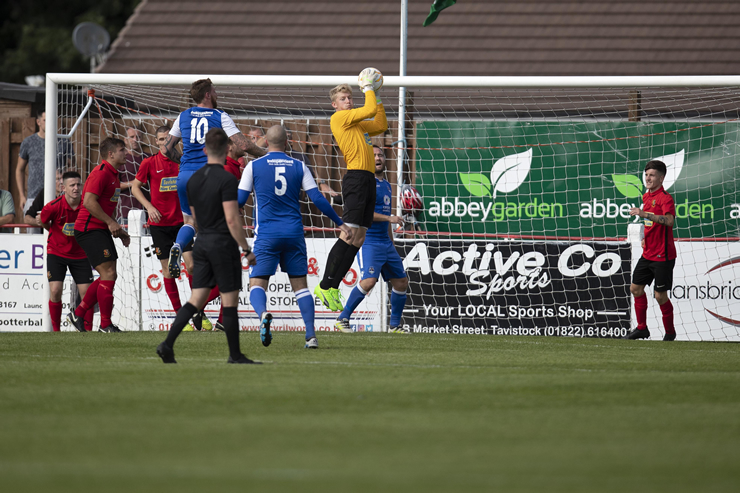 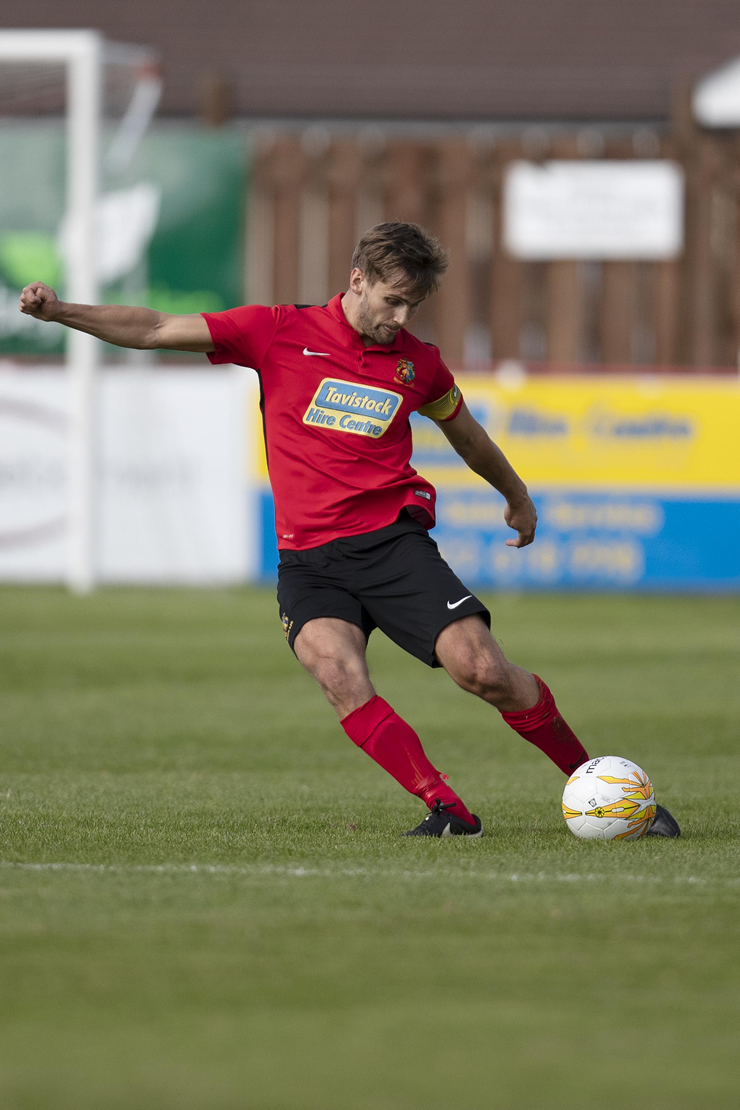 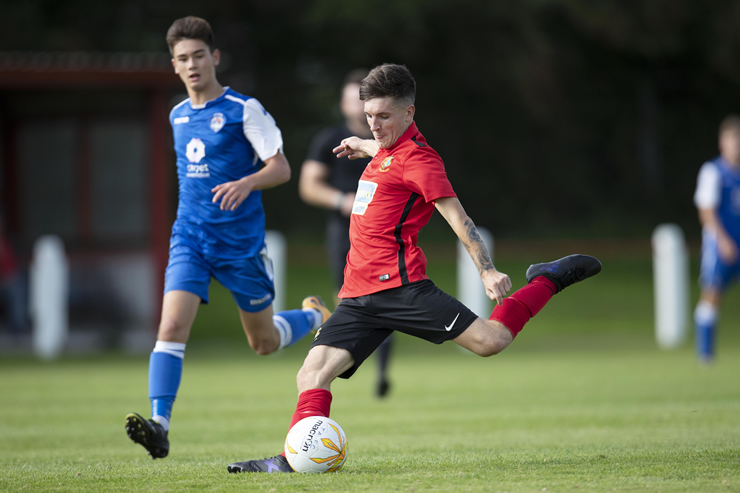 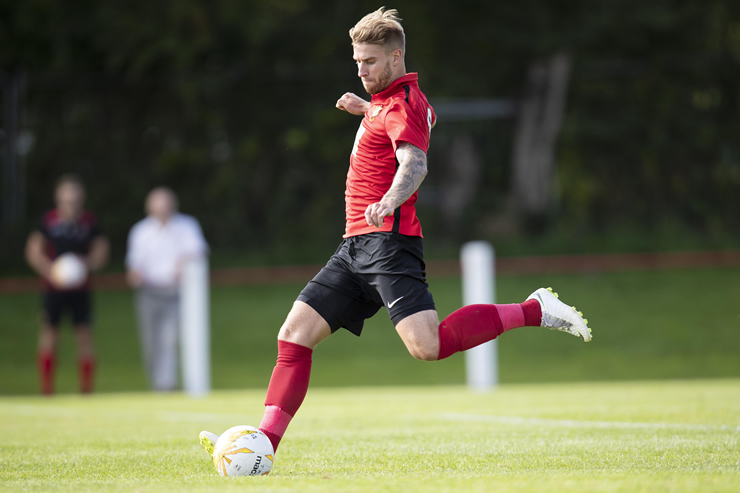 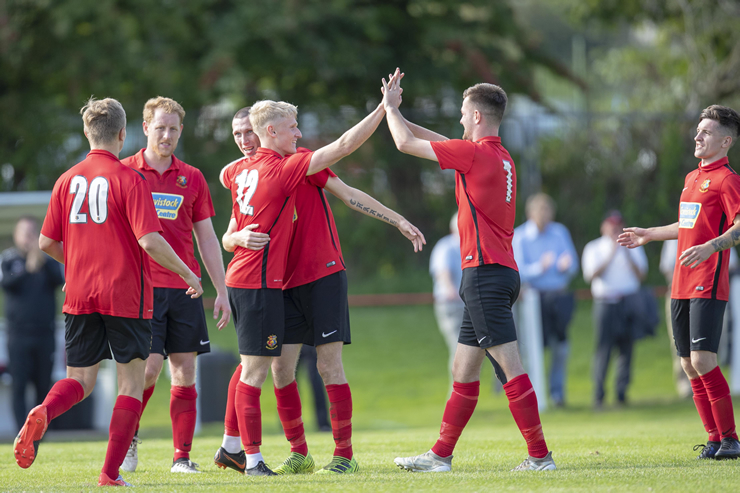 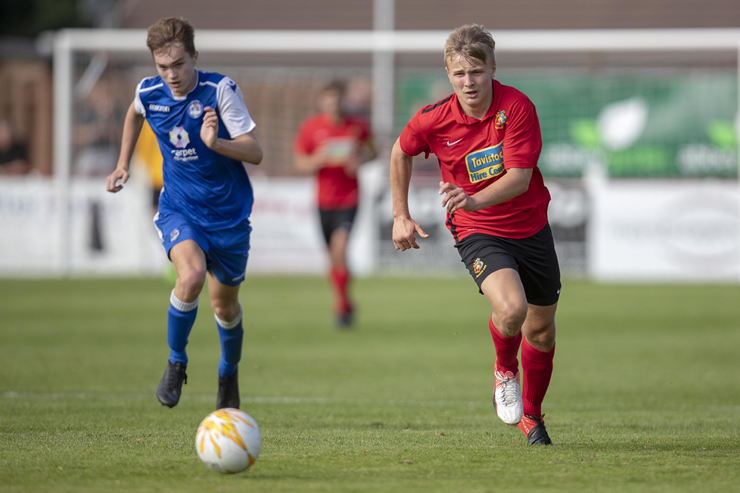 Images Courtesy of Dave Crawford
The pressure finally told in the 26th minute when a penetrating long ball from Warren Daw found Jack Crago, he pace got him in on goal, he calmly took the ball around the keeper and slot the ball into an empty net.
The visitors were restricted to counter attacks but the home defence were in fine form and dealt with any likely threat.
The Lambs continued create scoring opportunities but Liam Prynn, Glynn Hobbs and Josh Grant all failed to hit the target. They did get the ball in the net in the 42nd minute when Liam Prynn fired home from close range but it was ruled out, as he was adjudged to be offside.
Just before the interval in a rare threatening raid on the Lambs goal, saw a shot from Cornish well saved by Neal Osborn in the home goal.
The Lambs continued to dominate the game in the second half. Josh Grant was denied from doubling the lead when Wyatt made another excellent save. The home team were missing chance after chance with Crago, Hobbs and Grant all having good opportunities to extend the lead.
Manager Stuart Henderson made substitutions in the 65th minute with Bayley Williams and Tallan Burns, replacing Josh Grant and Glynn Hobbs.
Burns was soon in the action and provided a cross into the penalty area but Crago failed to convert from five yards.
The Lambs doubled their lead in the 78th minute when Tyler Elliot fired home low into the corner of the net from twenty yards. Luke Brown then replaced Jack Crago for the least ten minutes.
Helston then became more adventurous and forced a couple of corner kicks, and from the second they reduced the arrears Hugh Hollett planted a fierce header into the top corner of the net.
Back came the Lambs to restore their two goal advantage when a good move saw Tallan Burns provide the perfect pass for Luke Brown to seal the victory.
Although the Lambs dominated possession throughout the ninety minutes, they were not at their best. Their passing lacked that zip that it normally has, and their finishing was not up to the high standard of the past but they still had too much for the visitors and deservedly progress to the next round.
There were a number of good performances but man of the match was Tyler Elliot.