The Lambs progress to the next round of the FA Vase, after coming through a hard fought game against a good Bovey Tracey side.
The visitors were without both central defenders with Dan Evans failing a fitness test and Lewis Daw long term injury still unavailable. This meant that influential mid field player Dave Hallett reverting to centre back alongside Warren Daw.
The Lambs started at a fast pace and created three good opportunities to open the scoring in the first fifteen minutes. In the second minute Josh Grant saw his fine effort deflected away for a corner kick. Five minutes later a great move saw Jack Crago find Glynn Hobbs with a fine pass, but his shot was well wide of the target. Another good move prompted by Tyler Elliot resulted in Glynn Hobbs shooting over the bar when well placed. Nicole in the home goal then made a very good save to Mason Hughes, from the corner kick Josh Grant fired over the bar. 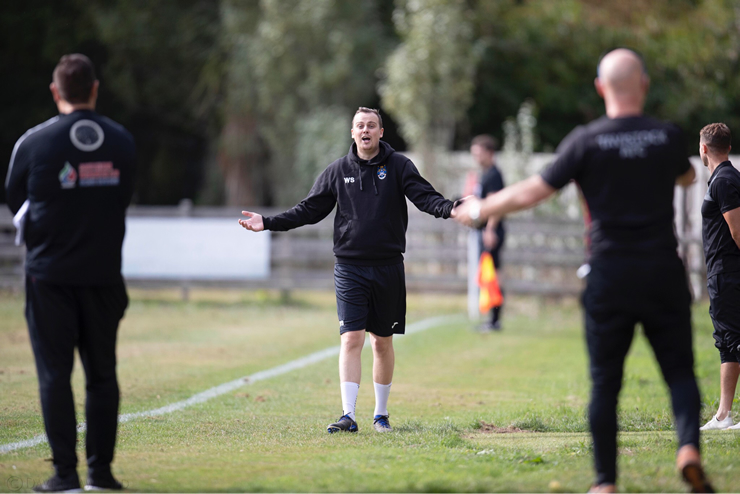 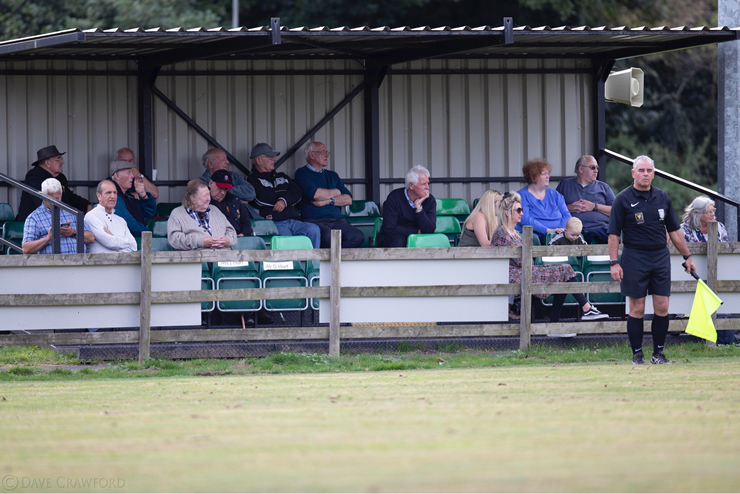 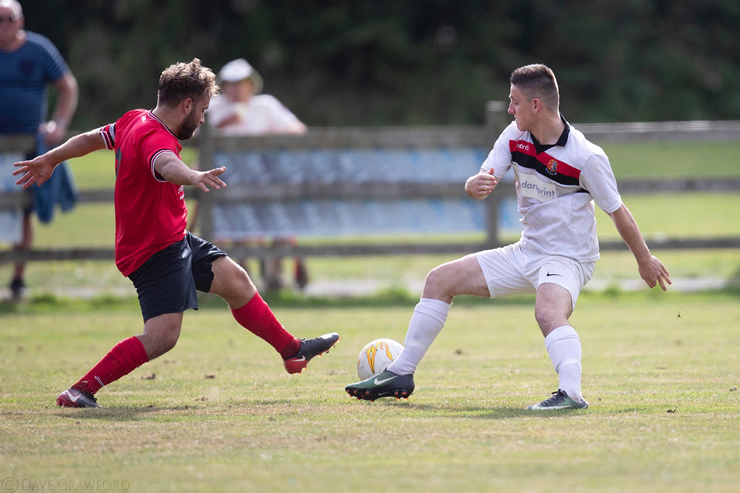 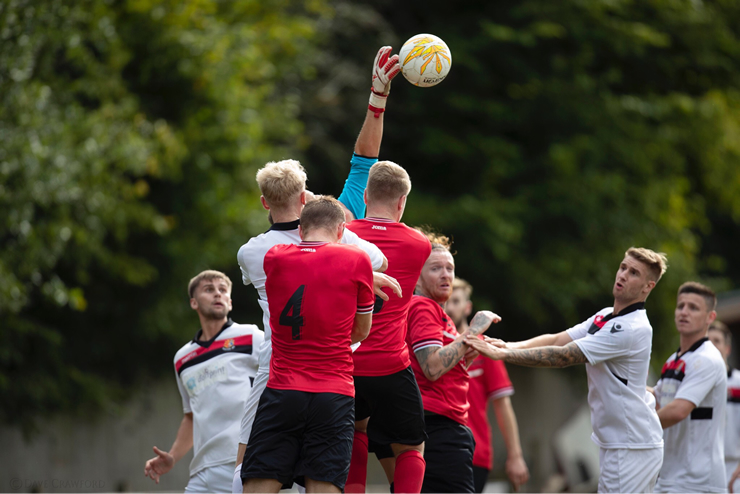 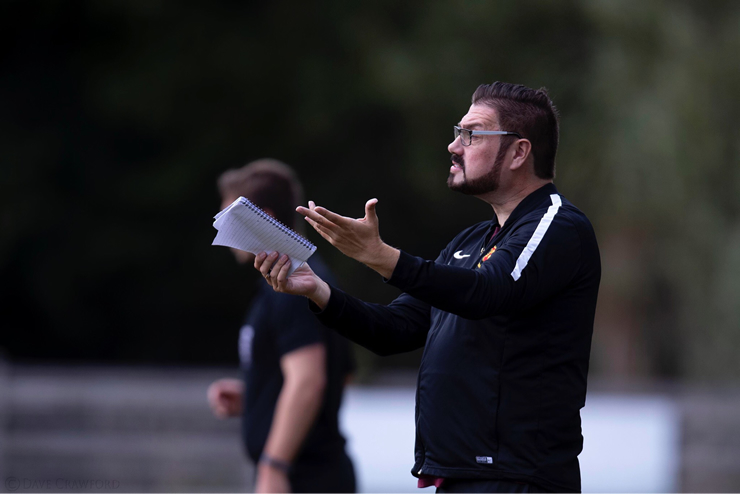 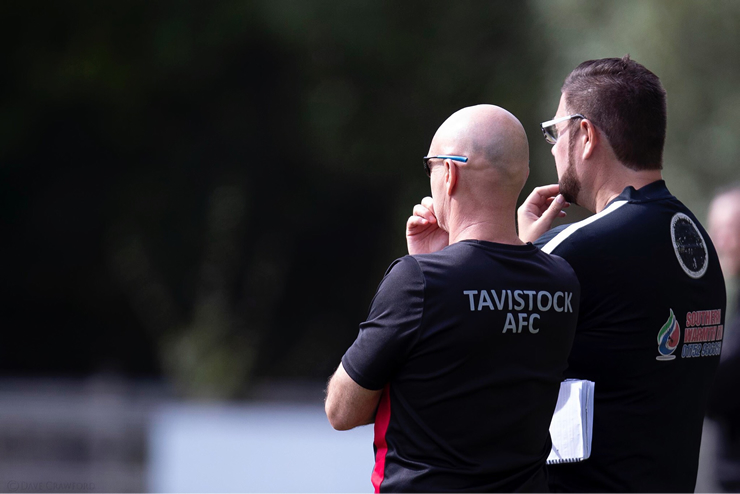 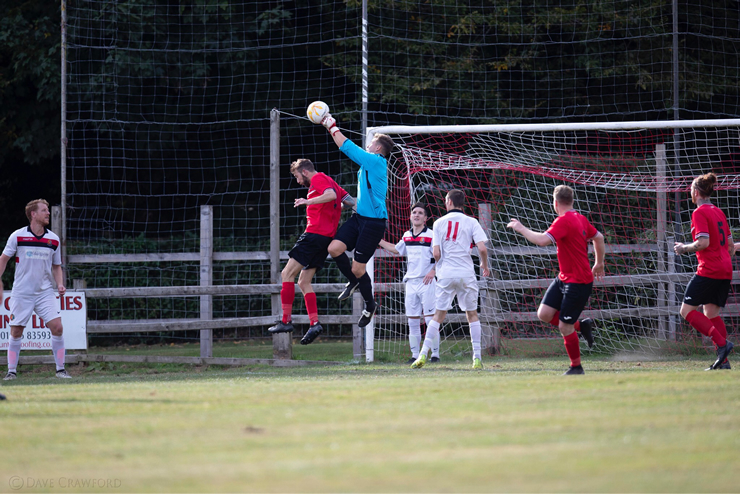 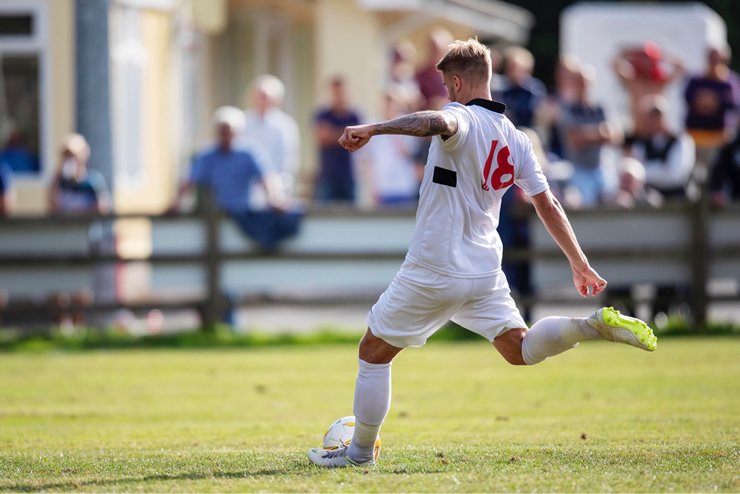 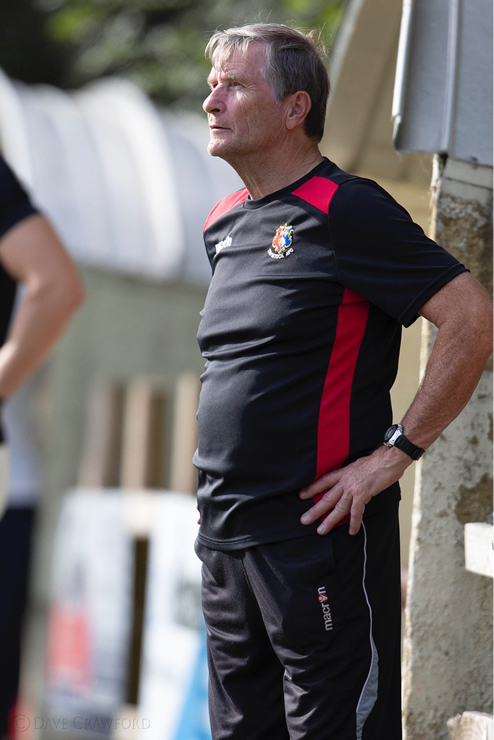 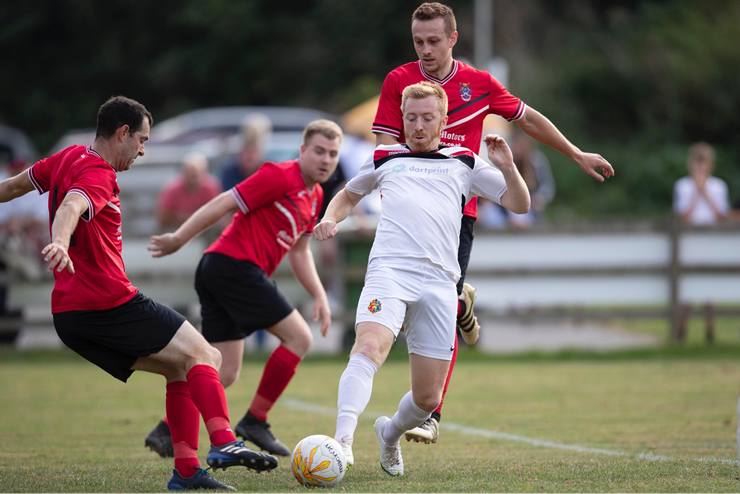 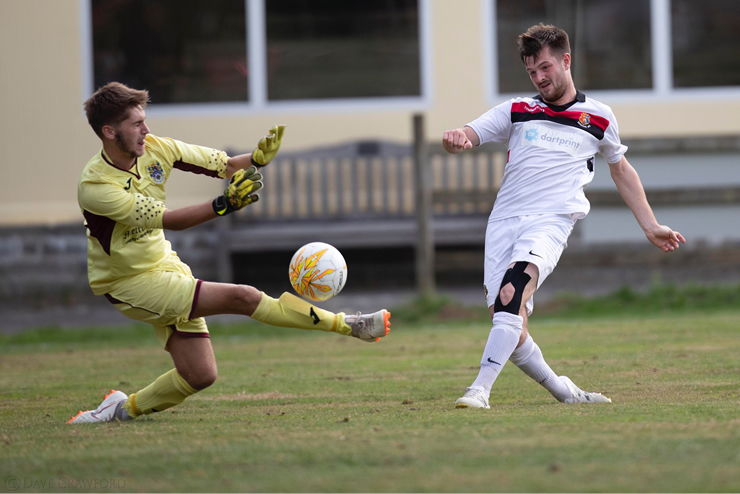 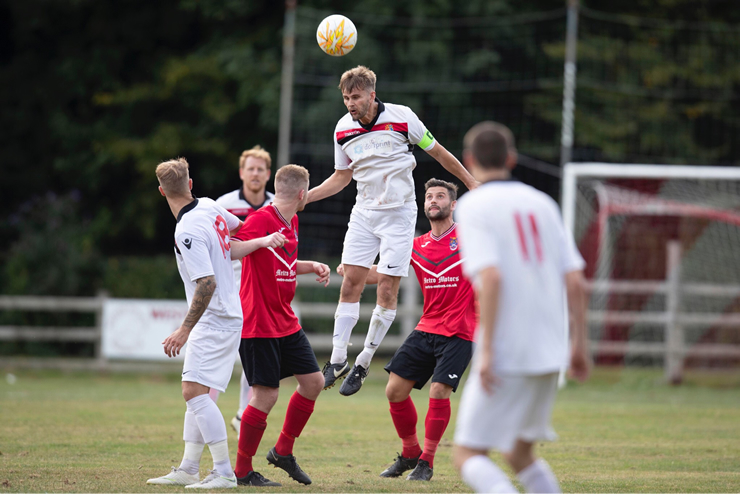 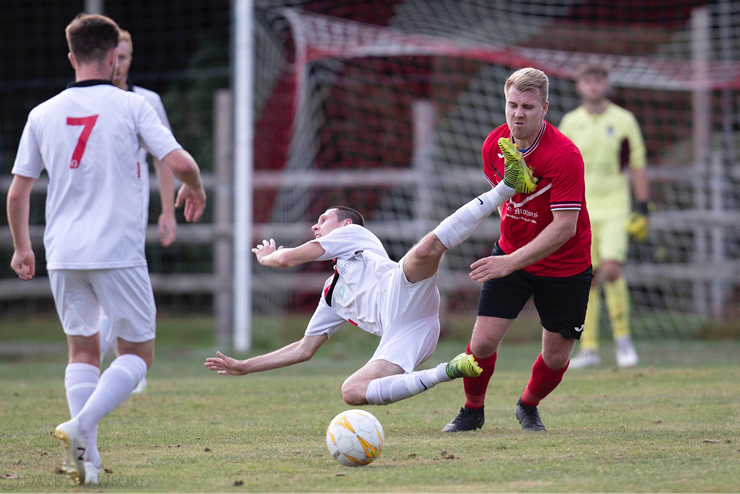 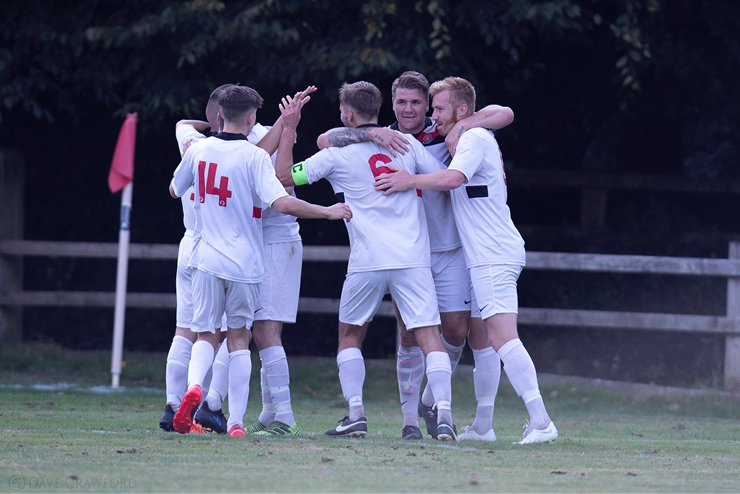 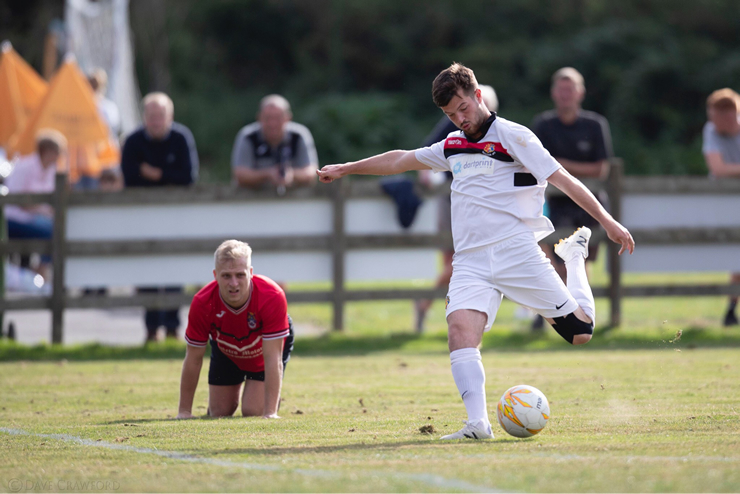 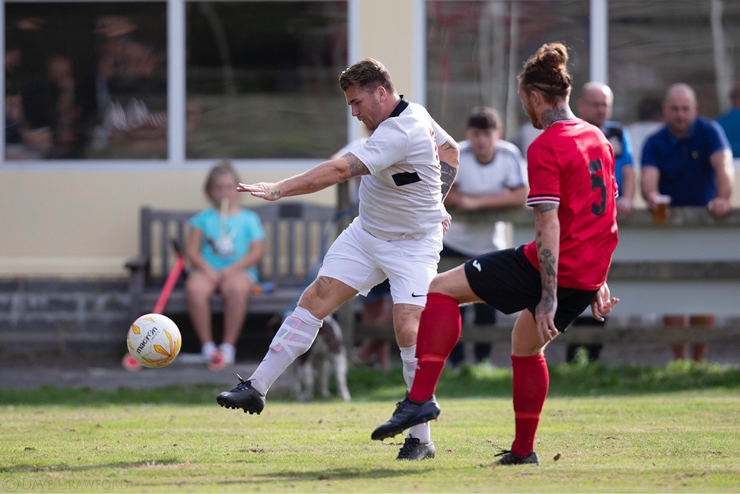 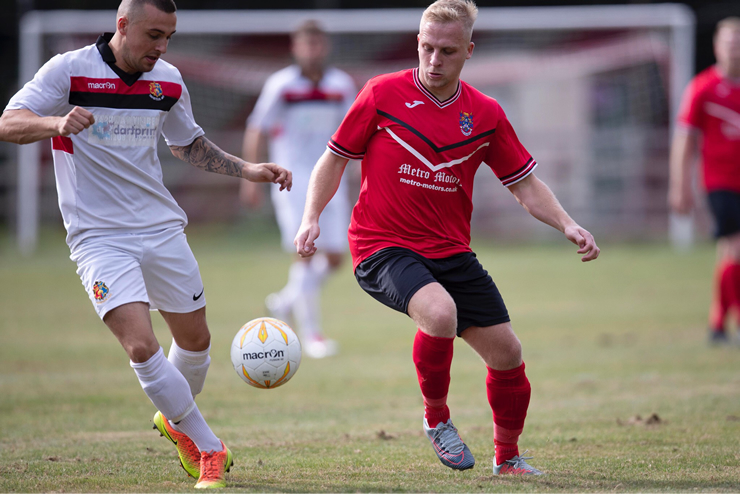 Having withstood this early onslaught the home team began to get more into the game.
A long throw into the Lambs caused some panic but Bridget’s shot was deflected away for a corner kick which was cleared. Minutes later Josh Oak made a very good save turning Finch’s fine effort away for another corner kick.
The Lambs continued to dominate possession but could not find that elusive goal, with the home team defending with resilience, by closing players down and tackling with tenacity.
Warren Daw then headed over the bar from a corner kick before Luke Brown shot wide of the target when well placed.
The Lambs paid the penalty for these missed chance when against the run of play Bovey took the lead in the 41st minute. A corner kick by Batley saw Finch beat keeper Josh Oak, as he came to collect the cross, and glance a fine header into the net.
Early in the second half Bovey almost doubled their when a fierce shot by Perring could only be parried by Josh Oak, the ball fell to Bridget who shot wide of the target.
The Lambs continued to press for the equaliser, but Hockney marshalled his well-drilled defence, and continued frustrate the visitors.
Manager Stuart Henderson made two substitutions just before the hour mark. Liam Prynn and Tallan Burns replacing Luke Brown and Reece Shanley.
In the 62nd minute Bovey were reduced to ten men when Walters was shown a red card for a dangerous challenge which left Jack Crago needing treatment before resuming play.
The Lambs continued to create opportunities but they could not hit the target. The deserved equaliser came in the 75th minute when Jack Crago was dragged to the ground, the referee had no hesitation in pointing to the penalty spot. Josh Grant made no mistake from the spot to level the score.
The Lambs continued to create chance but failed to convert the opportunities Nicole in the home goal pulled off two terrific saves in time added on to deny the Lambs from scoring, so the game went into extra time.
The Lambs continued to control the game and the breakthrough came just before the break in extra time when Jack Crago popped up to fire home the winner.
The performance was below the high standard set by the team, but they ground out a result when it looked like it was going to be “one of those days “.
Credit must be given to a Bovey for a fine defensive unit that made things very difficult to break down. You can see why they have conceded so few goals this season.
There were several good performances but for me the man of the match was Dave Hallett who was great playing in the unusual position of centre back.