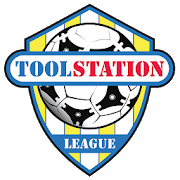 After the home visit from Plymouth Argyle the Lambs kicked off their first season in the Toolstation Western League with a visit to Clevedon Town, a team who finished 6th in the league last season.

With the squad mostly retained from last seasons promotion winning side Tavistock were hopeful of a good start to this seasons opening fixture.

Maybe it was the laborious trip up the M5 in the usual August holiday traffic or maybe the Lambs gave Clevedon too much respect but within four minutes they found themselves 1-0 down to a shot that sailed over Josh Oaks fingertips.

Manager Stu Henderson summed up the first half performance “I was disappointed with our tempo and work rate and our inability to be efficient in possession during the first half. A lack of quality and not taking care of the ball was instrumental in their goal which was disappointing from our point of view. The half time team talk was a collective chat and felt we played with far more intensity, passion and commitment which allowed us to dominant the second half”.

Indeed Tavistock found their feet, settled and with 53 minutes on the clock Luke Brown equalised from a pass down the right side, cutting inside to beat the defender and put a thunderbolt into the top left hand corner of the net 1-1.

Take nothing away from Clevedon Town who had chances to regain the league and had a fine effort from a free kick pushed over the bar from Josh Oak at full stretch but it was the Lambs who took the lead with a bullet of a header from Dan Evans converting from a corner, 1-2. And that’s how it remained.

It was a solid performance from a team starting out in a new league. Evans, Daw and a returning Ben Cross all stood out but Man of The Match went to Luke Brown.