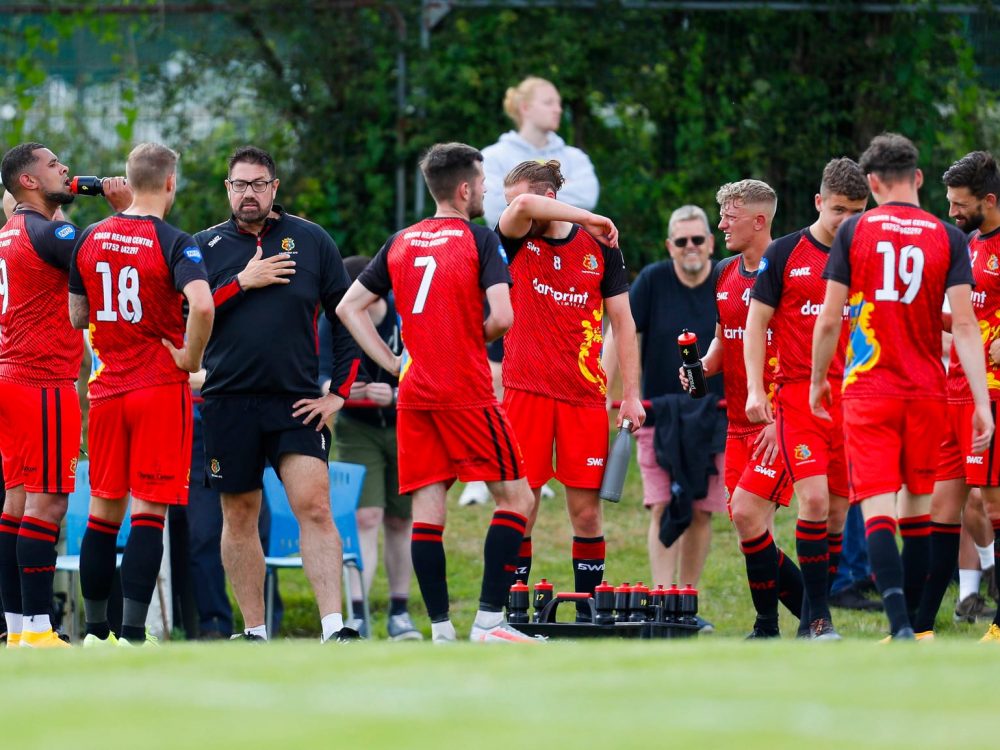 TAVISTOCK picked up their first win of the Toolstation Western League season with a 2-1 win at Ilfracombe with manager Stuart Henderson delighted by the character shown by his side.

The Lambs headed to north Devon minus several players as their disruptive pre-season rolls into the start of the season proper, but Henderson’s men rolled their sleeves up and picked up a much-needed win that was a huge confidence booster to all at the club.

Liam Prynn rounded the keeper to slot home the opening goal of the game, but Ilfracombe equalised in the second half. But Warren Daw powered in a header moments later to seal the win for Tavi, which was the perfect response to Saturday’s opening day loss at Saltash United.

“I thought we played well for 35-40 minutes and managed to get the goal quite early on,” Henderson said. “We had a few half chances

“It was their first home game since coming up into the league, so it was quite a big occasion for them and they were up for it, no doubt about it, but I thought we contained them well.

“I was thinking: ‘oh God, here we go’ but the lads were fantastic in the way they responded. They rolled up their sleeves and settled down, we won a corner and Warren Daw powered in the header to win the match for us.”

The manager reserved special praise for Daw, who moved into central midfield after playing at centre back against Saltash on Saturday. With Callum Watson unavailable through illness and Luis Edmundson dropped, Ben Cross partnered the returning Lewis Daw at centre back, while Iestyn Harris impressed on his debut at right-back.

“Warren came to me after the Saltash game and said he felt he had let me and the team down,” Henderson said. “I told him he had barely played in pre-season, which he hadn’t, and it would take time to get up to speed.

“He is getting better every game and was better last night than he was on Saturday and he scored thunderous header. I was really pleased with how he played – I was pleased with how all of the lads played to be fair – and then we saw the game out quite easily really.”

There was no Matt Andrew for Tavistock with the midfielder telling Henderson of his intention to join Plymouth Parkway. The Southern League Division One club made an approach for the midfielder earlier this week and has decided to take up an offer at Bolitho Park.

The club wishes Matty all the best in his future endeavours.